How can the history of policing in Puerto Rico deepen understandings of race, class, and colonialism in Puerto Rico—and what can it tell us in the aftermath of Hurricane Maria? 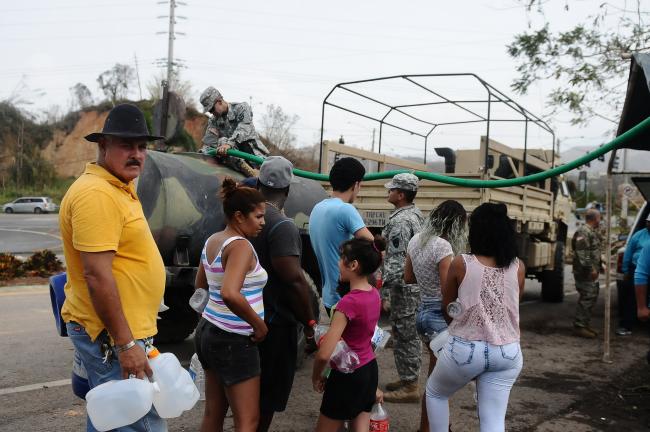 NACLA Radio is now available on iTunes! Click here to subscribe for the latest updates from the podcast.

Helen speaks with NACLA Report contributor Marisol LeBrón, whose article for the latest issue of the NACLA Report, Prisons, Punishment, and Policing, traces the Puerto Rican state’s policing and surveillance programs from the 1950s to now. They discuss the internal complexities at play in Puerto Rican politics beyond the colonial dynamic between the U.S. government and Puerto Rico, and Marisol explains how policing tactics were used to undermine the Puerto Rican Nationalist party leading up to a crucial vote over ratifying Commonwealth status for the territory. Helen and Marisol also discuss how Puerto Rico fits into a larger institutional discourse about “best practices” for policing, surveillance, and responding to crises throughout Latin America and in the mainland U.S., where urban police forces have carried out similar tactics to those the FBI and the PRPD previously “tested” in Puerto Rico.

Marisol also explains how policing tactics have had both unifying and divisive effects on Puerto Ricans throughout the diaspora, and how social media has changed the way the diaspora connects to Puerto Rico and advocates for the interests of its inhabitants. She also talks about her experience as a member of the Puerto Rican diaspora, the stress of waiting to hear from family in the aftermath of Hurricane Maria, and how mainland media coverage and the federal government’s insufficient and scattered response have further exposed truths about the relationship between the U.S. and Puerto Rico. We were glad to hear that Marisol did get in touch with her family after the episode was taped, and that they are ok, given the circumstances.

To support community efforts to rebuild after Maria, please check out MariaFund.org. We’ll update this page with further resources for those who want to contribute as the relief effort continues. To learn more about Taller Salud, the women’s advocacy and community organizing workshop Marisol mentions near the end of the episode, visit their Facebook page.