Brazil on the Brink 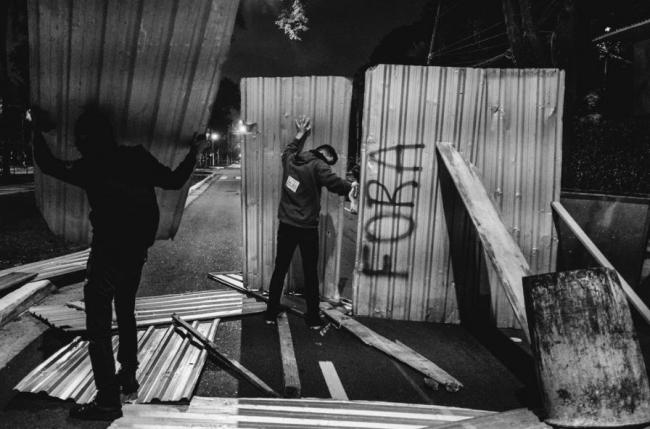 On January 24, 2018, former Brazilian president Luiz Inácio Lula da Silva was sentenced to twelve years in prison by a court of appeal that maintained Judge’s Moro’s decision from last year. The judgment was an extremely controversial one, the evidence deemed fragile and formally inadequate by a number of Brazilian law experts and international observers. It has been in fact a highly unusual judicial process: politically charged from the beginning, with judges acting publicly as moral crusaders against corruption, and moving impressively fast by Brazilian standards, indicating that the case has been fast-tracked for political reasons.

All this reinforces the impression, strong in large sections of the Brazilian population, that the purpose of the process was to prevent Lula from running as a presidential candidate in October. Lula still leads every poll, with Jair Bolsonaro, the authoritarian pro-dictatorship right-wing candidate, running in a distant second place. If Lula is, in fact, barred from running, it is easy to see it as another chapter of an extended soft coup, following the impeachment of Dilma Rousseff — dubbed a parliamentary coup by its critics—in August 2016.

In that case, the aim was to remove the Workers’ Party (PT) from government, applying a radicalized neoliberal agenda that PT itself was not willing to pursue — at least not at the pace and intensity demanded by capital. Dilma Rousseff’s impeachment, unconstitutional and divisive as it was, has perhaps struck a fatal blow to Brazil’s relatively young democracy. Preventing Lula from running and sending him to jail, on such a weak and disputed basis, is even more serious. It escalates the institutional crisis and jeopardizes the political arrangement that has prevailed for the last three decades.

Lula as a Symbol

Lula, the man, is now the emblematic synthesis of the political crisis of the Brazilian Republic. Lula was already, in fact, something like an organizing element of the political system—a constant and polarizing figure during all the presidential elections since the end of the military dictatorship, including those in which he himself was not a candidate.

As its most prominent politician, Lula became a symbol for the whole period of the so-called “New Republic” and the political arrangement established after the constitution of 1988. Now his compulsory exclusion from the 2018 election marks an end to that period of representative liberal democracy in Brazil.

But Lula is a symbol for more than that. As a former militant trade union leader and founder of the Workers Party, Lula also represents the entrance of the working class into the political sphere as an autonomous collective subject. Around the core of an industrial workers leadership, a complex web of social demands for rights and recognition coalesced into a mass party of the working class, with Lula, from the beginning, playing the role of a catalyst and unifier.

In this sense, his condemnation is inherently political: an attempt to retrospectively punish this impertinent daring of the working class, a reaffirmation of the oligarchic creed that electoral politics is the exclusive domain of the upper classes. What is really at stake in Brazil is thus not only the fate of the New Republic period, but the recognition of the laboring classes as a legitimate political actor. What is condemned with Lula is the very idea of mass democracy.

Lula is no radical—as he constantly emphasizes. In Brazil there was never a clear break from neoliberalism, although there was a hesitant and gradual drifting away from Washington Consensus orthodoxy. In government, the PT adopted “class conciliation” in the most strict sense: social antagonism was reduced by bringing the working class into government, and allowing for social movements and unions to be represented in diverse ministries. Since the end of the 1990s, the party was moving, slowly but steadily, towards a Brazilian variant of Third Way politics, before it was hit by a series of crises—including the corruption scandals of Lula’s first term, the global financial crisis, and a representation crisis of the whole political system ignited by the mass rallies of June 2013.

But the PT was, as it remains now, the largest party in Brazil identified with the Left, with a militant mass base and strong links with labor unions and social movements. And in office it did in fact alleviate poverty, nearly eradicating hunger and pursuing a policy of full employment which pushed wages upward. That is why even now, after years of unrelentingly bashing on all major media outlets, Lula remains, by far, the most popular politician in the country and PT is the number one party in electoral preference. PT, a party built by working-class mobilization, has won all of the last four presidential elections, and unprecedented result for the Brazilian left. In order to keep the PT away from presidency, the Right has had to resort to other means.

The Crisis of Democratic Capitalism

Intellectuals such as Nancy Fraser, Wendy Brown, Slavoj Zizek, and Wolfgang Streeck have highlighted what seems to be as a global trend of a parting ways of capitalism and democracy, in what may well be a permanent divorce. The unresolved international economic crisis, beginning a decade ago, produced an authoritarian radicalization of neoliberalism, manifesting the incompatibility between the participation of the masses in politics and the demands of an “efficient” management of the economy, which imply austerity policies and a further wave of privatizations and curtailing of social rights.

Elites are no longer willing to compromise: as a result, even weakened forms of citizenship and popular sovereignty must be sacrificed in the name of “structural reforms.” And if the people are unable to accept the reforms—as the labor union reform, recently voted on by the Brazilian congress, or the radical reform of social security scheduled for February — so much the worse for the people. The parliamentary coup against Dilma is the Brazilian expression of a global trend. The coup supported by Brazil’s corrupt and reactionary parliament was actually a hostile corporate takeover: in a “disaster capitalism” fashion, an anticorruption frenzy was exploited in order to pursue a deeply unpopular policy agenda, which would never be endorsed by the polls.

The day after Lula’s conviction, the Workers Party gathered in São Paulo to launch Lula as candidate for the next elections. The words of the PT president, Senator Gleise Hoffmann, could not be clearer: “I want to reaffirm that we have no Plan B. Lula is our only candidate in 2018.” Senator Lindbergh Farias took the same tone: “If they want to arrest Lula they will have to arrest millions of Brazilians.” The official discourse within the party now is that the constitution has been ripped up and that the democratic pact has been broken. In the march of more than fifty thousand people who took the streets of São Paulo in defense of Lula on the night of the 24th, the biggest banner said "Do not let them condemn. Do not let them arrest (Lula).”

Lula and the PT do not represent a revolutionary wing of the Brazilian left. On the contrary, the radical left often vocalizes the critique that the PT has been too soft on the Brazilian elite throughout their thirteen years in government.

The irony is that the PT, as the leading organization of the Left, has adopted up until now an extremely conservative stance: they are the ones trying desperately to save the social pact of the 1988 constitution, to preserve the New Republic’s political arrangement, effectively begging for a return to the negotiating table. It is the propertied class, on the other hand, that has behaved like uncompromising revolutionaries, refusing any agreement, stating that there is no possible compromise, deposing a government, persecuting the most popular leader on the Left and launching a full assault on the working class and rural poor.

But maybe we are now approaching a breaking point. For a growing number of Brazilians — both from the Left and from the Right—the political system lacks any legitimacy. The more the institutional field narrows, the more transformative the solution to the political crisis will have to be. When institutional paths of liberal democracy are closed, popular fury will be forced to look for other avenues to express itself—with unpredictable consequences.

Victor Marques is a militant and a philosophy professor at the Federal University of ABC, in Brazil.

Maria Caramez Carlotto is a sociologist, militant, and social science professor at the Federal University of ABC, in Brazil.