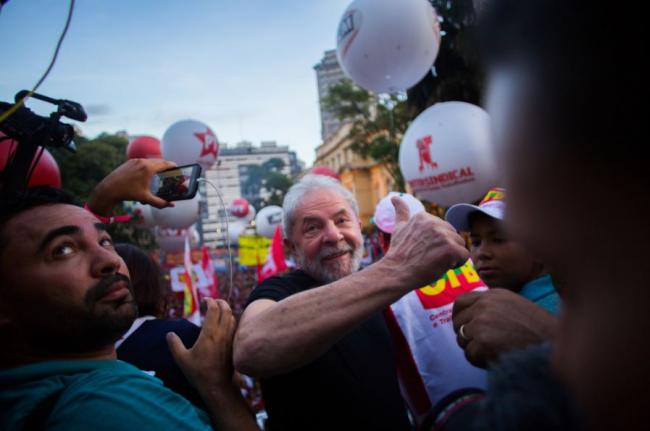 Last week, Brazilian courts rejected an appeal by former Workers’ Party president Luis Inácio Lula da Silva, who last year was convicted for money-laundering and corruption-related crimes. The appeal’s rejection puts Lula’s planned 2018 presidential run in serious doubt, despite the fact that he currently leads in the polls. Because of Brazil’s “Clean Slate” law, if Lula exhausts his options for appeal, he will not be able to run for office for another eight years. He still has room for a second appeal, but with presidential elections concluding in October, time is tight.

Lula’s legal troubles are one more episode in the saga that began with the “Operation Car Wash” corruption investigation and the impeachment of Dilma Rousseff on trumped-up accusations of corruption in 2015. While the 2005 “mensalão” vote-buying scandal showed that the Workers Party, at least in the past, hasn’t escaped the corruption that’s stamped nearly every major party in Brazil, both Rousseff’s impeachment and Lula’s prosecution today betray a clear partisan slant. Here, the national coordination of the Homeless Workers’ Movement (MTST), a social movement that shares its base with the Workers Party, gives eight reasons why Lula’s conviction doesn’t hold water.

The essence of the charges against the ex-president is not material proof of him being the owner of an apartment obtained as a bribe, but is a plea bargain by a co-defendant in the same trial, the contractor Leo Pinheiro.

The judge who convicted Lula in the first instance, Sergio Moro, recognizes that an “indeterminate official action,” that is, an unknown action, and therefore one not proven between Lula and the firm OAS, is a preponderant factor in his conviction.

The so-called “task force” of Operation Car Wash repeatedly communicated its belief in charging Lula via social media, press conferences, and public pronouncements, especially by members of the public prosecutor’s office in lectures, talk shows, and other events. Turning the process into a public spectacle contributed to its politicization, contradicting the discretion and independence required of the judiciary.

Judge Sergio Moro, responsible for convicting Lula in the first instance, allowed himself to be seen laughing with political opponents of the ex-president on more than one occasion, at events sponsored by media moguls to celebrate Operation Car Wash.

Lula’s trial has been treated as a real spectacle by the mainstream press, who, even before sentencing, were already treating the ex-president as guilty, something that contributed to an atmosphere of hate and an irrational polarization that has dominated public debate.

Coinciding with Lula’s trial has been a broader offensive movement against the Left in Brazil and Latin America. An incontestable example of this was offered in 2016, with the institutional coup against the president elected in 2014, Dilma Rousseff, who was subjected to an impeachment simply because she did not sign up to a deal with the then-president of the Chamber of Deputies, Eduardo Cunha — a notoriously corrupt figure who is now imprisoned.

Lula’s conviction reflects the need to exclude him from the presidential race. Lula, leading in all the polls, is seen as a threat to the counter-reform agenda underway in Brazil, in spite of his conciliatory approach.

The purpose of the conviction is more political than judicial. It is an attempt to defeat not only Lula, but any person or group that might be against the aggressive attack on democratic rights won over the past decades.

For these reasons, Lula’s conviction is a serious step backwards for an already undermined rule of law, as well as an obvious maneuver by dominant sections of Brazilian society to maintain their privileges. To position oneself against the conviction is therefore not simply to defend Lula, but to take the side of democracy.

Brazil's Homeless Workers' Movement (MTST) is a social movement that organizes homeless and precarious workers living on the peripheries of Brazil's urban areas.