As Lula's judicial saga moves into a new stage, the Brazilian left faces more questions than ever. 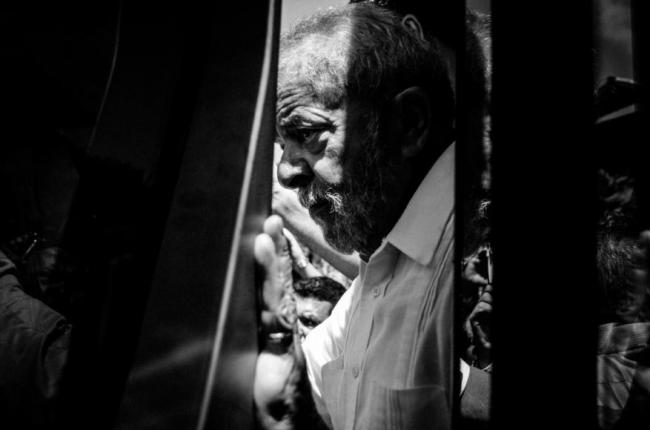 As the last vote on the Lula appeal came in, there was no surprise that the former president of Brazil would have his sentence upheld while the markets celebrated, with São Paulo’s stock exchange at an all-time high. What was surprising is that his punishment increased from nine to twelve years. But what does this mean for the Brazilian left, electorally and beyond?

While the sentencing doesn’t mean Lula will be arrested immediately, given that he still has a string of appeals left, it casts a shadow on his campaign prospects. If all the appeals fail, Lula will become ineligible to run in this year’s presidential race, thanks to Brazil’s Ficha Limpa (Clean Slate) law. This means trouble for the Workers’ Party, which has run a presidential candidate in every race since the post-dictatorship redemocratization process. PT candidates always outpaced other leftist candidates, guaranteeing the party’s electoral hegemony over the Left.

Yet Lula is bigger than the PT, and the party currently lacks another public personality that can propel the party beyond a 20-30 percent range of potential voters. The PT’s second-best scenario involves Lula tailoring and appointing a legitimate successor, as he once did with Dilma Rousseff. Technically, the PT has up to twenty days before Election Day to replace Lula with another candidate, meaning he can participate in the campaign until the very last minute.

This uncertainty, of course, transposes the Brazilian left’s intense fragmentation onto the electoral ground. The PT’s ally party, the Communist Party of Brazil (PcdoB), has nominated their own presidential candidate, Manuela D’Avila, while the Democratic Labor Party’s (PDT) Ciro Gomes angles for an alliance to strengthen a center-left project against the Right. Yet the Right’s threat is diminished by its own fragmentation, with the Brazilian Social Democracy Party (PSDB) gripped by infighting over Geraldo Alckmin and João Doria, and the liberal conservatives maneuvering against the far-right Jair Bolsonaro. The PSDB is the PT’s perennial electoral opposition, and although Alckmin is the party’s traditional choice, Doria ran a successful campaign to be mayor of São Paulo in 2016, through which he gained a significant media and political profile.

Bolsonaro is a problem for the Left, whether or not he has a real chance of winning. He rages against the LGBTQ community, wants to arm the police force to their teeth and give them more of a license to kill, speaks about protecting the traditional family, and employs nationalist speech while claiming that with him as president, Brazil will be Trump’s best friend. The fear of Bolsonaro is pushing even the non-PT left back towards Lula. They seek an appearance of unity and to expiate their own guilt ahead of time, in case the Left proves too weak to defeat the Right at the ballot box.

This reflects a deeper pattern of melancholia among the Brazilian left. The radical left struggles with a strong desire for the past as the key to future possibilities—particularly when it comes to the wasted opportunities by the PT—and the moderate left is stuck in a repetitive pattern of self-justification of why these possibilities can never be. Self-critique and the examination of one’s political program is replaced by placing the blame on external forces—the market, the political correlations, the Right. The Lula situation and the right-wing threat have heightened this melancholic state and blurred some of the lines between the different views of what is possible today. The radical left is losing the little cohesion that remains and the lesser-evil logic is gaining ground again.

The Party of Socialism and Liberation (PSOL), for example, is facing pressure to get closer to the PT. This is justified on the basis that the PSOL must do more base-building work to be less of a middle-class party. Yet it is known that the PT itself has long since abandoned serious base-building efforts outside of election time. The faithful base that is leftover is usually attached to other organizations, such as the Landless Workers’ Movement and the Central Workers’ Union.

This has placed the Homeless Workers’ Movement (MTST), which has grown in recent years, in the middle of a dispute. Its past affinities with the PT and its interpretation of Lula’s prosecution as the second phase of the 2016 coup ensure that the movement sticks with Lula. At the same time, PSOL members and groups have stood together with the MTST for years now, building occupations and protesting alongside one another, even when it was the PT government on the other side. Meanwhile, Guilherme Boulos, the MTST’s national coordinator, is considered PSOL’s preferred presidential candidate. This push-and-pull between the PT and the PSOL could strain the relationship of both parties with the homeless workers’ movement, which holds serious potential given the urgent nature of Brazil’s urban crisis.

The conundrums and contradictions that arise from melancholic thinking have put the Left in a defensive position. Every action it takes is constrained by the electoral conjuncture, resulting in persistent fragmentation. Worse, it’s still paralyzed by the question that even yesterday’s grim results did not put to rest: will Lula be a presidential candidate in 2018?

Sabrina Fernandes has a Ph.D in Sociology from Carleton University and is a collaborating researcher at the University of Brasília. She is an ecosocialist activist in the Brazilian radical left and the producer of left-wing YouTube channel À Esquerda. She is a contributing editor to Jacobin.