The deep arbitrariness of Brazil's judicial system is a legacy of enslavement and colonialism. 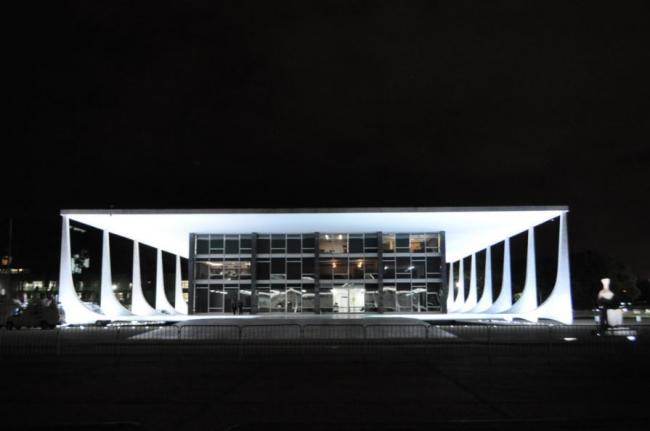 The year 2018 marks 130 years since slavery’s abolition in Brazil, and over a century later, the colonialist and racist structure inherited from the slaveowning period is still present. The history of Brazil is marked by violence against indigenous people and the black population that had been enslaved, a violence that today reflects in a policy of genocide of the black, poor, and peripheral people.

In 2016, a special senate report concluded that a black youth dies every twenty-three minutes in Brazil, and the rate of incarceration of the black population increases every year. Brazil is one of the countries that most kills LGBT people in the world. The Brazilian Forum of Public Security announced in 2017 that more than 135 women are raped every day, and the rates of femicide have only been growing. This scenario of violence against women, black people, LGBT people, and the indigenous is reinforced by the structure of a racist, misogynist, and classist judiciary branch, dominated by the Brazilian elite who succeeded the planters and pervert the laws to their interests, because the law serves only the maintenance of the conservative and slave-like status quo.

Since 2003, with the governments of Lula da Silva and Dilma Rousseff, we have witnessed an unprecedented social and economic transformation in our country. More than forty million people have left poverty; black and peripheral youth — through programs like the universal college program (PROUNI), the fund for students in higher education (FIES), and racial quotas — have accessed higher education; the northern country has access to water and electricity; the minimum wage increased over inflation. On the international scene, Brazil has strengthened ties with Africa and South America and has come to be seen as a world power. All this happened because of the arrival of a former metallurgist at the Planalto Palace, who made a government that, despite its contradictions, has transformed Brazil into an increasingly fair and egalitarian country.

The elite that historically dominated this country could not stand the social transformations that occurred in recent years. That is the reason why a coalition between media conglomerates, the judiciary branch, and international capital began a series of attacks on Brazilian democracy, resulting in the coup against President Rousseff, in a process of impeachment with no crime. Since then, this coalition has been sponsoring the dismantling of social rights, from labor and social security reforms to an attempt to relax the struggle against slave labor, and the systematic persecution of former president Lula in a series of criminal accusations without evidence, only the conviction of legal operators.

On January 24, Brazil and the world witnessed the live spectacle of three Regional Appeals Court judges in Porto Alegre condemning former president Lula for passive corruption and money laundering, with absolutely no evidence, based solely on the sensationalism of the press and on plea bargaining, arbitrarily used by the judiciary to convict Lula.

The use of the judiciary for this persecution is not surprising for those who analyze the history of the Brazilian criminal justice system and its targets. Lula is condemned for representing a project of emancipation and social transformation in Brazil: the only crime he committed was to take millions of people out of the hunger map and to assure that basic principles, like citizenship, were really guaranteed for all.

The condemnation of Lula is the response of the enslaver elite who believe that black people’s place is in jail, that wants to destroy the rights of the working class, and that wants to prevent Lula from applying for president of the Republic in 2018, as polls show that his project of social transformation will be victorious in October elections. That is why we will not recognize the condemnation and will denounce the arbitrariness of the judiciary that occurs not only with Lula, but with the poorest and the blackest in this country.

Tamires Gomes Sampaio is a lawyer with a master's degree in political and economic law at Mackenzie University and is director of the Lula Institute.