The True Impasse of the New Republic

The future of Brazilian democracy doesn't rest with Lula, but with the oppressed of Brazil. 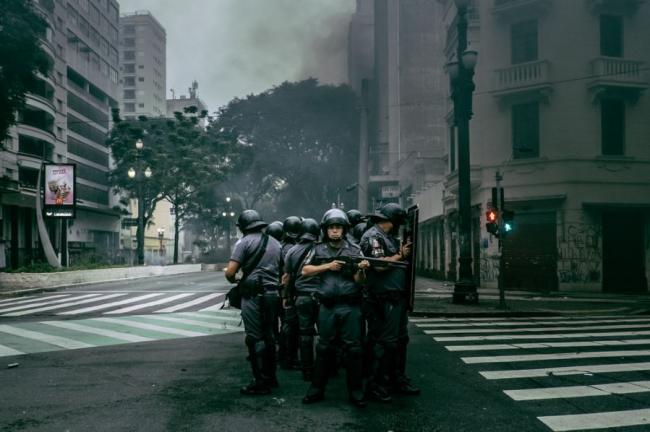 The condemnation of Lula was yet another act of the terminal crisis of Brazilian democracy. However, the narrative that Lula is the victim of a conspiracy between US imperialism and sectors of the judiciary and that an “election without Lula is a coup” does not help to understand the serious institutional crisis that shakes national life. Even acknowledging that Brazilian justice operates according to the norm “For friends, everything; for enemies, the Law,” as in the rest of the state apparatus, Lula’s participation in the 2018 election would not have the power to rescue the legitimacy of a rotten political system. The corruption jubilee cannot moralize a structurally flawed electoral process.

The widespread corruption that affects all parties of order is only one aspect of the serious crisis that shakes Brazil’s New Republic. The Journeys of June 2013 [the massive popular protests in June 2013 sparked by a rise in bus fares] were another expression of this crisis, revealed through the will of the youth that took to the streets against the adjustment agenda of big capital, which had already begun during the PT governments. For the underdogs, the crisis of the New Republic manifests itself in the impermeability of the state to popular demands. For those above, the crisis is revealed by the need both to purge the meager democratic achievements of the Brazilian people and to redefine the hierarchy of command among the capitalists.

The bourgeoisie’s response to this crisis took the form of a moralistic crusade against corruption. Judicial investigations proved what everyone knew: corruption is a structural element of Brazilian capitalism, and politicians function as agents of private interests in state apparatus.

The so-called “paladins of moralization” never get to the root of the problem, since the moralistic crusade only serves to pave the way for a “modernization” in the service of capital. That is why corruption is reduced to a moral issue of an individual forum and is limited to specific cases, with selective investigations, and exempting its biggest culprits: big capital.

However, even if this crusade is historically doomed, it is likely that her agony will be slow, dragging on indefinitely. There is a coalition and it unites the Workers Party (PT), the center-right Brazilian Social Democracy Party (PSDB) and Michel Temer’s own Brazilian Democratic Movement (PMDB) around the common interest of ensuring amnesty for corruption and avoiding political instability that can jeopardize the continuity of the neoliberal adjustment and intensify class struggle.

The condemnation of Lula will not contribute to the moralizing of politics, just as Lula’s presence in the 2018 election does nothing to prevent the terminal crisis of the New Republic. We’re in the swamp. Associating the defense of democracy with Lula’s defense is a sophistry that only benefits Lula himself. Lula is part of the problem. The future of democracy depends on massive riots of the workers in all of the nation.

Brazilian society, as it undergoes a process of neocolonial reversal, is polarized between irreconcilable projects: the recycling of the counterrevolution crystallized in 1964, which today has the face of a regression to the civilization of the nineteenth century; and the revolution of the poor and oppressed latent in the tectonic plates that mobilize the history of Brazil. Put in perspective of the longue durée, the real choice is between socialism or barbarism.

Plínio de Arruda Sampaio Jr is a professor of economics at the University of Campinas (Unicamp), Brazil, and a presidential pre-candidate for the Socialism and Freedom Party (PSOL).