Beyond Lula's Candidacy for Presidency

What’s next for the Brazilian left? 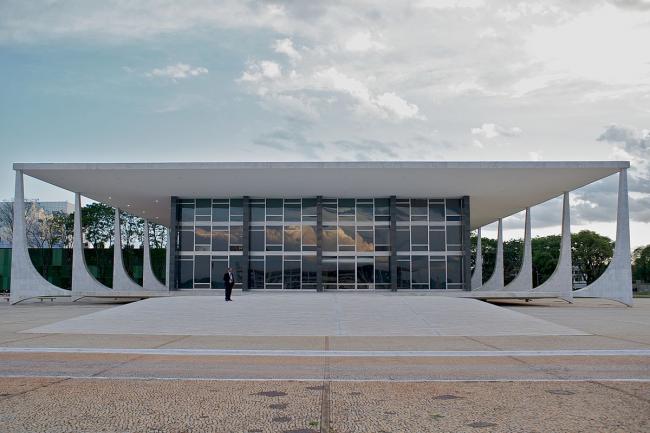 As a historian of Brazil, I learned long ago that predicting the future is a risky business. The country’s past is filled with unexpected twists and turns, far too numerous to enumerate here. It is safe to say, however, that in this year of presidential elections, anything is now possible.

The Workers’ Party (PT) decision to continue supporting Luiz Inácio Lula da Silva’s candidacy for president after the 3-0 decision upholding his conviction for corruption and money laundering makes strategic sense. It challenges the weak case against him and casts the decision as political persecution against a person who remains incredibly popular among a large segment of the population.

According to the Barômetro Político Estadão-Ipsos poll conducted in November 2017, sponsored by the conservative newspaper O Estado de São Paulo, Lula’s approval rate reached a six-month high of 45%, climbing up from 28% in June 2017. His rejection level remained significant, around 54%, although it has dropped 14% over the past half year. Before this most recent verdict, momentum was clearly on Lula’s side. The most recent DataFolha poll, conducted after his appeal, found 37% of those interviewed still in favor of his candidacy for president.

Other presidential contenders have been less fortunate. Jair Bolsonaro, the far-right congressman from Rio de Janeiro and number two in the presidential race according to most national polls, has seen his popularity drop to 21% with a rejection rate surpassing that of Lula’s at 62%. Geraldo Alckmin, governor of the state of São Paulo and runner-up in the 2006 presidential election, is doing even worse as the nominee of the center-right Party of Brazilian Social Democracy (PSDB). His support dropped from 24% to 19%, and his rejection rate jumped from 67% to 74% in a single month.

Other potential contenders, such as the centrist Marina Silva, former Minister of the Environment in Lula’s first term and presidential candidate for the Green Party (2010) and later the Socialist Party (2014), is faring little better at 28% with a 62% disapproval rate. Ciro Gomes, the head of the leftist Democratic Labor Party (PDT), has inched up in the polls but has failed to get national traction, although this might change if Lula is barred from running. President Michel Temer’s astounding 97% rejection rate and 2% approval rate only underscores the country’s crisis of political leadership, which may be the lowest recorded approval rating in the history of polling.

So, forging ahead with Lula’s candidacy while his lawyers appeal on his behalf makes sense. Doing so represents a path out of the doldrums for the PT, hit hard by the impeachment of President Dilma Rousseff and a plethora of corruption charges surrounding some of its key figures. It places the leading party of the Brazilian left on the offensive as Lula rallies his supporters throughout the country.

However, it is unlikely that Lula’s candidacy will be allowed to stand, given the Clean Background (Ficha Limpa) law that prohibits those convicted of crimes upheld by an appeals court from running for office. At some moment ahead of the October 7 elections, he probably will be barred from the race and perhaps sent to jail.

That leaves three obvious options for the PT. If Lula’s name remains on the ballot, his votes will be voided. Alternatively, the PT could call on its supporters to cast a blank ballot in protest. Or, at the last minute, perhaps sometime in August, the PT could nominate someone else in Lula’s stead to campaign in the final month or so of the race.

Looking at a past election might offer a hint of what lies ahead.  In 1989, Brazil held its first democratic presidential election since 1960. With 22 candidates running in the first round that year, Fernando Collor picked up 30.47%, followed by Lula who received 17.18%. Leonel Brizola, another leftwing candidate, trailed Lula by less than a percentage point, and the PSDB candidate polled 11.5%. In the run-off, Collor defeated Lula by six points.

This year there could be as many as eighteen candidates from across the political spectrum running in the first round that will be held on October 7. They could easily divide up the electorate with unpredictable outcomes.  Any configuration of run-off candidates seems possible, from the PT’s standard bearer (assuming Lula is definitively out of the race) against ultra-rightist Bolsonaro to Marina Silva or Ciro Gomes pitted against Geraldo Alckmin. Although Lula’s popularity—and potential for him to become a national martyr should he be sent to prison—could increase the chances of the PT’s candidate making it to the run-off, it is possible that Bolsonaro could be the next president of Brazil.

This has made many politicians and their financial backers on the center-right nervous. The country remains profoundly polarized, and most of the traditional representatives of the center-right forces that ousted President Rousseff from office have lost their legitimacy.

One man potentially waiting in the wings is Luciano Huck, a Brazilian television host, media personality, and entrepreneur, whose Saturday night show on TV Globo, the media giant, averages 18 million viewers. Although former President Fernando Henrique Cardoso cautions that Huck is still too inexperienced to run for chief executive, the idea that a wild-card top entertainer and entrepreneur might be the answer for the center-right’s seeming inability to find a strong candidate does have a recent international precedent.

And what of the Left? Without Lula to head a center-left electoral coalition, one of the PT’s closest allies, the Communist Party of Brazil (PCB), is fielding its own candidate for the presidency. Similarly, the Party of Socialism and Freedom (PSOL), a leftwing offshoot of the Workers’ Party formed in 2004, is debating whether to launch its own contender in Guilherme Boulos, the charismatic leader of the São Paulo Homeless Workers’ Movement.

The impeachment of Dilma Rousseff in 2014, less than two years after she was reelected with 54 million votes, which many consider to have been a parliamentary coup d’état, and now the confirmation of Lula’s conviction, mark two serious defeats for the Brazilian left in recent years. For now, however, the PT’s focus on the 2018 elections will likely defer any serious debate over past mistakes or how the Left might reorganize itself to continue pushing an agenda of economic and social justice.