"For my friends, everything. For my enemies, the law." 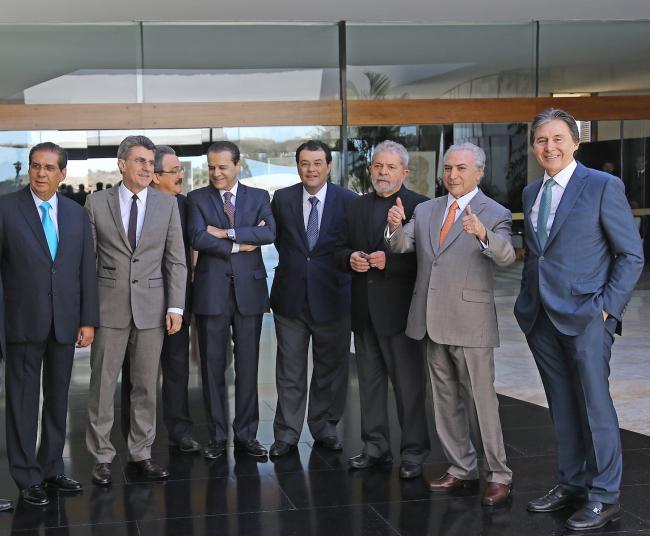 As I watched Wednesday’s decision of a three-judge panel of the Fourth Circuit of the Regional Federal Court in Porto Alegre, I felt a strange sense of déjà vu. The judges declared, with straight faces, that former president Luis Inácio Lula da Silva’s rights were in no way violated when he was publicly hauled in for questioning and had his phone lines tapped and private conversations leaked. They insisted, without the slightest embarrassment, that his “crime” of accepting a bribe in the form of a remodeling of a beachside apartment, supported by flimsy evidence obtained via plea bargain testimony, was so serious that it deserved a 12-year sentence.

They read their opinions in the pompous Portuguese of the judicial system, which both ensured that no ordinary Brazilian would understand it and lent the charade an air of impartiality. It was politics posing as law, vengeance masquerading as justice. As a result, nearly two years after his successor Dilma Rousseff was removed from office in a parliamentary coup cloaked as a legal impeachment, as it stands now, Lula is ineligible for Brazil’s 2018 presidential election.

Except that it wasn’t déjà vu. This has happened before, and understanding this brings the nature of this latest assault on Brazilian democracy into even sharper relief. On March 31, 1964, the military overthrew president João Goulart. Civilian politicians were closely involved in the coup’s planning, and Congress rubber-stamped it the next day. With his talk of leftist reforms and attempts to mobilize the working class and peasantry, Goulart represented, in the eyes of Brazil’s economic and political elite, a danger to a social order built upon the subservience of the working class to their interests. Yet a presidential election loomed in 1965. The early frontrunner was the popular former president and current senator Juscelino Kubitschek, whose aggressive project of modernization dubbed “50 Years in Five,” symbolized by the construction of a daring new capital called Brasília, had made Brazil a darling of foreign investors. Two months after the coup, the military summarily dismissed Kubitschek from the Senate and banned him from running for office for a decade—the latest in a series of such purges, legitimized by military-authored “institutional acts.” No justification was given, but it would later emerge that powerful nationalist elements of the Armed Forces resented his openness to foreign investment. Moreover, his promotion of industrialization had accelerated a flood of internal migration to cities like Rio de Janeiro, São Paulo, and Brasília, possibly unnerving more conservative officers and politicians who feared a growing urban working class’s potential for social and political upheaval. His renewed presidential aspirations threatened nationalists and moralists alike.

Certainly some things are different this time. Kubitschek came from a middle-class background and earned a degree in medicine; Lula is a trade unionist from a family of impoverished Northeastern migrants. Kubitschek was a centrist whose vision of state-directed modernization was not so different from that of the generals who came after; Lula founded the Workers’ Party (PT), whose focus on poverty reduction and opportunity for the working class brought far more dramatic signs of the breakdown of the social status quo. Other things were the same: like Lula, Kubitschek had his phone lines tapped for months in order to gather evidence against him. And in 1968, after the military’s Institutional Act no. 5 destroyed what remained of liberal democracy, like Lula 50 years later, Kubitschek was regularly hauled in for police questioning, not because he had committed any crime, but simply to intimidate him.

The key difference, though, was this: whereas Kubitschek was removed by a completely arbitrary military decree, Lula has been removed by judges who use quotes from Dostoevsky, phrases in Latin, and archaic Portuguese grammar to lend a façade of legality to a blatantly partisan maneuver. There is also a key similarity: the visceral opposition of the political class to any project that threatens their hegemony. In 1964, most politicians expected the military to remove Goulart, purge “subversive” leftists, and return power to a centrist or right-wing civilian in the 1965 election. By the time they realized that the generals believed that all politicians were to blame for Brazil’s problems, it was too late. The military would remain in power for 21 years, and Congress was largely reduced to a rubber stamp for the generals’ agenda.

In 2016, after over 13 years of PT rule and a dramatic increase in the standard of living for the masses, Brazilian elites’ world had been turned upside down. The poverty rate had fallen from 23.4% to 7%. Maids who had a few years ago been asked to live with their bosses six days per week while making minimum wage (or less) were now legally defined as employees eligible for vacation time and bonuses. The prestigious federal universities that had trained generations of wealthy, white students were now required to admit a quota of public school-educated, Afro-Brazilian, and indigenous students. And the PT kept winning elections: in 2006, 2010, and 2014. What were elites to do? Military intervention, from the point of view of the political class, had been a disaster, and regardless, military coups were somewhat out of fashion in 2016.

Without elections or the military available as viable options to halt Brazil’s transformation, what choices remained? The answer turned out to be simple: the judiciary. Unlike in the United States, where judges are appointed or elected, in Brazil they are nearly all hired after passing highly competitive civil service exams. While this avoids the problem of incompetent appointees, it also ensures that judges will be drawn exclusively from the social classes whose members can afford to take off work for months at a time and hire tutors to study for the exams. That is, it creates a judiciary whose interests and worldview reflect those of the political and economic elite. A judiciary that for all intents and purposes speaks a different language. A judiciary governed not by precedent, standards of evidence, and impartiality, but by the old Brazilian maxim: “For my friends, everything. For my enemies, the law.”

Lula was not found guilty because impartial judges concluded that he was corrupt. He was found guilty because a shoeshine-boy-turned-president who presided over the greatest expansion of opportunity that Brazil has ever seen represents a threat to the world as the judges believed it should be. He was found guilty because his party’s focus on social programs and nationalist economic development contradicts the new regime’s emphasis on austerity and the sale of state assets to foreign corporations. The only question is whether Lula will go quietly to prison like his forerunner Kubitschek went into exile in 1964, or whether he – and the left – will resist this latest assault on due process and Brazilian democracy.

Bryan Pitts is associate director of the Center for Latin American and Caribbean Studies at Indiana University, Bloomington. He is currently completing a book on the way political culture among Brazil's civilian elites changed under the country's 1964-1985 military dictatorship. He earned a Ph.D. in Latin American History from Duke University and an M.A. and Latin American Studies from Vanderbilt University.