The Paramilitary Threat in Post-Conflict Colombia

While the Colombian government is implementing its peace accord, paramilitaries and complicit landowners continue to persecute the victims of the conflict. But the judiciary fails to hold those behind the violence to account. 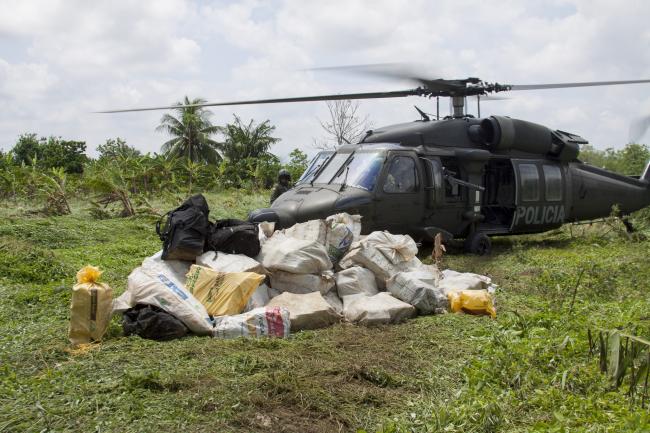 Before they killed his father, on March 1, 2016, Hernando Pérez believed his family had “made it.” They had survived the rebels from the Revolutionary Armed Forces of Colombia (FARC), who had displaced his family from their farm in the department of Sucre in 1993, when he was still a boy. They had survived the paramilitaries, who raided their village four years later, dragging neighbors out of their houses and leaving their dead bodies on the street. And the peace negotiations between the FARC and the government of President Juan Manuel Santos to end Colombia’s five-decade armed conflict and build a lasting peace had reached the final stage. But this peace was not for his father, shot dead in his sixties, while watching television in his living room.

Since that day, Hernando’s life has not been the same. A local newspaper in Sincelejo, the capital of Sucre, printed a picture of his father on the front page, his body on the floor, mouth open, in a pool of blood. Journalists also came from Cartagena, further up the Caribbean coast, to report on the murder of the farmer, who had dared to claim back the land he was displaced from months before. The authorities were quick to declare that the murder had nothing to do with the claim. But to human rights defenders, it came as no surprise, given that violence against farmers reclaiming their land has been a systematic feature of the Colombian transition from armed conflict.

“When they killed our father, we lived in fear. At night, I didn’t want to sleep in my house”, says Hernando, who left the living room moments before the killers arrived and heard the gunshots from the kitchen.

A few weeks after the crime, the police captured the alleged murderer, Gregorio Martínez, alias Tigrillo, who has served a seven-year sentence for attempted homicide. When Hernando’s father was killed, Martinez was seen driving away from the crime scene on a motorcycle. His alias dates back to his time as part of the Heroés de los Montes de María, a paramilitary group responsible for more than 40 massacres in the region. Back then, locals say, he also “protected” the property of a cattle rancher, who today holds Hernando’s land and visited the suspect in custody.

Since the arrest, however, Hernando has continued to receive threats and was included in a protection program under the National Protection Unit. When he works in in the field, cultivating his yucca and yam, he now goes with an armed bodyguard in a silver Toyota Hilux with a bulletproof vest next to his seat.

No Peace for the Victims of Paramilitaries

Hernando’s father was not the only one killed for claiming his rights in the wake of the peace agreement. The United Nations counted 105 murders of human rights defenders in 2017 alone, but figures from other organizations are much higher.

These killings are the product of the many failures that characterized the peace process with the paramilitaries, negotiated by former president Álvaro Uribe in 2003, who is today the sharpest opponent of the agreement with the rebels, and has been investigated for links with paramilitary groups. So has his brother Santiago, who spent two years in custody on such charges.

While more than 31,000 paramilitary members turned in their weapons during this period, new groups such as the Clan del Golfo have emerged, who recruited their members from among those unable to reintegrate into society. Today, these groups control large parts of Colombia’s cocaine economy. Since the peace agreement, they have entered territories left behind by the FARC, where they continue to displace communities and kill local leaders who oppose their interests.

In the department of Sucre, where Hernando lives, the successors of the paramilitaries do not engage in open confrontations with the military, as they do in other parts of the country. However, according to Rodrigo Ramírez of Movice, a local human rights defender, they often cooperate with criminal gangs and order police murders. Two months after the peace accord was signed, Ramírez survived an assault by unidentified assailants. His bodyguard shot one of the aggressors. Now, he sits in a restaurant close to Sincelejo, with a wonderful view up to the coastline, which is becoming increasingly popular among backpackers. “Here, in Sucre, in the area of San Benito Abad, drug planes take off to Mexico. But they make sure the beaches are safe.” 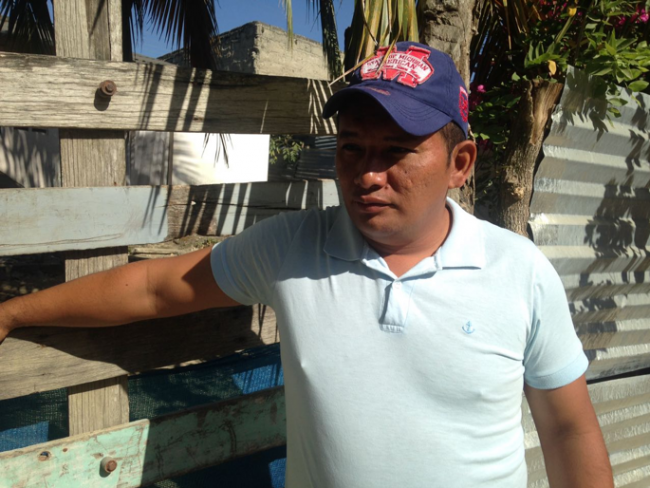 The current peace process with the FARC seems to be going in a similar direction. While most of the rebels demobilized, it is estimated that around 1,200 fighters have refused to put down their weapons. In addition, the United Nations Mission to Colombia reports that significant numbers of those who did demobilize have left the reintegration areas, frustrated by the lack of opportunities, to join criminal and remaining armed groups. To combat these groups, Santos recently launched the Hercules Task Force, deploying 9,800 soldiers to the Pacific department of Nariño.

While increasing the presence of public security forces may be a necessary condition to controlling ongoing violence in many parts of the country, stability can only be achieved by policies that address the lack of opportunity among demobilized fighters and the impoverished population. Yet, implementation of these types of measures has been weak, for example, in the peace accords’ comprehensive land reform and development programs. This weakness stems in large part from the fact that these measures cannot be implemented quickly, but only in the medium to long-term. However, it is also a consequence of the difficulties President Santos has encountered in obtaining the majorities in Congress required to enact the laws to implement major parts of the agreement.

In the recent parliamentary elections in March, Uribe’s right-wing Centro Democrático became the strongest party, increasing divisions over implementation of the peace agreement. Meanwhile, Uribe’s mentee, Iván Duque, is leading in polls ahead of the May 27 presidential elections, which could mean that many—if not all—of the measures foreseen in the accord to address the socio-economic conditions at the heart of the conflict will never be effectively implemented at all.

The remaining armed groups and criminal gangs provide a cheap labor supply for targeted killings of farmers claiming back their land or opposing large-scale investments. The demand is created by rural elites, among whom the paramilitaries “moved like fishes in the water,” as alias Diego Vecino, a former commander of the Heroés de los Montes de María, once said. In Sucre, majors, governors, and congressmen have been convicted for conspiring with the paramilitaries. But many large-scale landowners, who illegally purchased thousands of hectares during the conflict, sometimes in direct collaboration with the paramilitaries, continue operating with impunity. As farmers like Hernando’s father attempt to reclaim their land, murders continue unabated.

The Office of the Public Prosecutor in Colombia has been conducting criminal investigations of more than 700 businessmen for supporting and collaborating with paramilitaries since 2005. Yet, most cases have not moved forward for years and only a handful of sentences have resulted, according to interviews with the Colombian Attorney General’s Office. Prosecutors trace the lack of convictions to difficulties in collecting evidence, along with a lack of political will to investigate the private sector and the protection that some businesspeople enjoy due to their relationships with local elites.

“The political and economic structures of paramilitarism remain intact,” says Bogotá-based human rights attorney Jeison Praba. “In the regions where politicians historically benefited from these structures, it’s the brothers, sons or nephews of the convicted politicians, who now become congressmen or mayors. And the same is true for businessmen, it’s the same people. These structures have never been touched.”

Private Sector Accomplices and the Special Jurisdiction for Peace

To dismantle these paramilitary structures, many Colombian human rights organizations put their hopes and efforts in the Special Jurisdiction for Peace, the new tribunal established under the peace agreement with the FARC. As the first agreement of its kind, it addresses the role of economic actors in the conflict, enabling the tribunal to exercise jurisdiction not only over the rebels and the military, but also over the financiers and collaborators of all armed groups, including the paramilitaries.

However, as with many other parts of the agreement, its opponents blocked the adoption of the statutory law necessary to give life to the tribunal in Congress. Both Uribe’s Centro Democrático party and Cambio Radical, a political party representing private sector interests, with many of its politicians convicted for ties to the paramilitaries, have been key to this opposition. While Centro Democrático opposed the Special Jurisdiction for Peace from the start, Cambio Radical broke its alliance with the Santos government over the issue of submitting private actors, including businessmen, to the jurisdiction of the tribunal.

Eventually, a watered-down version of the law was enacted, which concludes that the tribunal cannot summon private actors, depriving it of its teeth to prosecute business actors involved in the paramilitaries’ crimes. In addition, President Santos also had to agree to a provision that precludes anyone who litigated human rights violations in court or worked for human rights organizations in the past five years from becoming judges in the tribunal. With these measures in place, the private sector accomplices of the paramilitaries will likely continue to operate with impunity and the economic incentives at the heart of the violence against community leaders and land claimants will persist.

Meanwhile, Hernando and his siblings await the trial against alias Tigrillo in the local court of Sincelejo to begin. “We hope that they will do justice,” says Hernando. “That at least we will have the right to truth. That they tell us who paid the paramilitary. But we feel the process is not going forward. The only thing we have is the protection scheme, but we don’t know for how long.”

Philipp Wesche is Research Assistant at the Americas Division of the German Institute for International and Security Affairs. He met Hernando in Sucre, working as guest researcher with the human rights organization Dejusticia.