What Future for the Country of the Future?

With Lula in prison but leading in the polls, it’s anyone’s guess what Brazil’s October’s elections will bring. 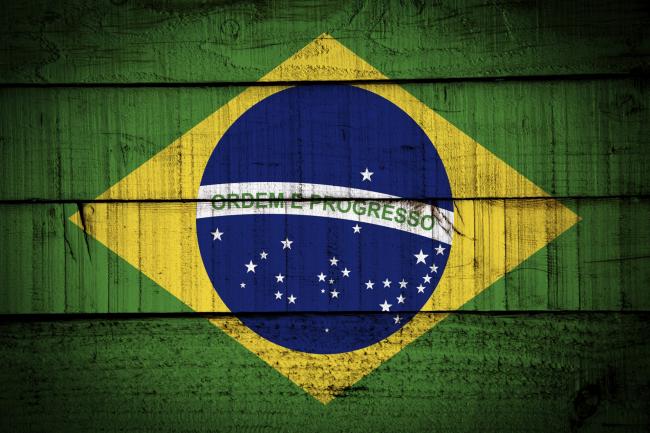 The upcoming presidential election in Brazil is shaping up to be the nation’s most consequential since its top-down transition to democracy in the mid-1980s, after a 20-year long brutal and conservative military dictatorship. In effect, depending on how the electoral process is conducted by the country’s ruling elites, Brazil will either deepen its ongoing democratic reversal or hopefully be able to recreate the democratic experiences that marked Brazil’s first decade of the 21st century.

Luiz Inácio “Lula” da Silva, Brazil’s president from 2003 to 2011, and the country’s most influential politician for the last 30 years, is now more than ever in the spotlight. This despite the fact that his imprisonment in early April—ordered by politically-motivated Federal Judge Sergio Moro—has cast into doubt the former president’s ability to run again for the Brazil’s highest political office. Lula’s polling numbers have held strong, far and beyond any other candidate, even though, since Dilma Rousseff’s undemocratic and illegitimate ouster from power in 2016 orchestrated by right-wing political elites, the Workers’ Party (PT) has struggled to cope with the conservative onslaught that followed Rousseff’s reelection in October 2014.

Lula’s continued relevance has surprised almost everyone in the country. To be sure, the actions by key members of the judiciary and federal prosecutor’s offices leading the Operation Carwash investigation were intended to quash Lula’s influence by pinning dubious corruption charges on him. In addition to putting him in prison on highly questionable charges, The Federal Court has ensured Lula is unable to participate in interviews and has strictly monitored his visits. Against all odds, Lula’s imprisonment has enhanced his political weight and ability to set the terms of ongoing political debate, as his imprisonment has become a key issue that reinforces his name recognition.

At the time of Lula’s imprisonment, most commentators predicted he would not put forward his own name for office but rather support a different candidate, either from his own party or another left or center-left party. Surprising all, Lula has thrown down the gauntlet in a risky move with a potentially huge payoff. Electoral law in Brazil currently allows Lula to keep his name on the ballot, though courts are yet to have a final rule on the untested Ficha Limpa (clean record) Law, passed under Rousseff, which bars candidates with final criminal sentences from running for office.

If able to run, Lula will most certainly become president in the first-round of elections, without need for a run-off. Most legal scholars in Brazil and abroad, including the United Nations’ Human Rights Committee have denounced the validity of Lula’s prosecution in the first place and demanded he be allowed to run. The outcome is either that the courts will allow Lula’s bid to stand, resuming democratic rule in the country, or that their refusal to let him run will further expose the illegitimate nature of the country’s current political-legal regime.

Observers of Brazil are well aware of the questionable democratic and increasingly authoritarian character of Brazil’s current political system since at least early 2016, when defeated presidential candidate and senator, Aécio Neves, from the right-wing PSDB, brought forward trumped-up charges against Dilma Rousseff. Neves refused to acknowledge defeat in the 2014 election against Rousseff and sowed discontent among his supporters, advocating for her impeachment. In the end, as the country’s economy took a serious dip throughout 2015, the PSDB and other conservative party politicians, including vice president Michel Temer of the PMDB, began working together to find a sound legal-political justification to oust Rousseff from office.

By mid-year 2016, a questionable parliamentarian procedure based on the accusation that Rousseff had participated in illegal accounting practices—a common practice—was put into motion which eventually removed Dilma from office. This move also worked to bring to power a coalition of political groups, including some dictator-era old-timers, under the leadership of Temer. Temer himself has been accused of and even implicated in several crimes. His coalition has forcefully pushed for several anti-labor measures, such as the elimination of long-established workers’ rights as well as the approval of rigid constitutional caps on social expenditures, such as education and health.

Lula’s strategy both to remain relevant and be elected president again is certainly risky, and many in his own party advocated that the PT should have aligned itself with another left-leaning candidate, like former Lula minister Ciro Gomes, or someone representing a more radical sector of the left, like Guilherme Boulos. Others have argued that Lula should have rather selected someone else to replace him on the Workers’ Party ticket. This could still happen if the Supreme Federal Court bars his candidacy.

In the end, Lula’s representatives announced that PT will align with the Communist Party of Brazil and Fernando Haddad, the former mayor of São Paulo and Manuela D’Avila, the Communist Party’s previous presidential candidate, in a three-person ticket for the presidency. It is unclear what this would actually mean in terms of governance, but the move is a clear challenge to the political establishment and status quo. As it stands, Lula rests atop the ticket with Haddad as his vice president, but many expect that D’Avila would eventually replace Haddad if Lula isn’t allowed to run and Haddad takes his place at the top of the ticket. Whatever happens, it is clear that Lula is proving to be still a force to be reckoned with in Brazilian politics as he has been running close to 40% in every poll.

Meanwhile, Jair Bolsonaro is the frontrunner on the extreme right wing, with polls putting him consistently at around 20% of votes, followed by several candidates running around 10% or less, and many respondents stating they will vote null. Considering Bolsonaro’s pro-torture, fascistic ideas, pro-military rule, overt racist, homophobic, and misogynistic statements—such as his statement that he would rather have a dead son than a gay son—it is unclear whether he could gather enough votes in a run-off vote. A second round of voting would occur if none of the eight candidates currently running manages to get over 50% of votes in the first round. This unlikely outcome is not entirely impossible though given widespread anti-PT sentiment among middle and upper-middle class sectors, stoked by the media.

Whatever the case, Bolsonaro’s numbers are certainly disturbing and seem to corroborate the rapid erosion of democratic values in Brazil. Meanwhile, the low polling numbers of the candidates most closely associated with the current government—Temer’s Finance Minister Henrique Meirelles and former Sao-Paulo governor Geraldo Alckmin, former president Fernando Henrique Cardoso’s chosen candidate—reflect a high level of dissatisfaction and distrust in the current political structure, as well as the elite nature of the parliamentary coup.

The final outcome of this year’s election is anyone’s guess. In any case, three things seem already evident. First, Lula continues to be one of the most influential political forces in Brazil, largely due to his charisma and ability to communicate with the masses, as well as his successful administration of the early 2000s, which focused on improving the lot of the popular masses. Second, should he or Haddad become president on January 1,, 2019—though most consider a the chances of a Haddad victory to be quite slim, even though Haddad’s numbers have recently climbed significantly in polls—Brazil would perhaps start reversing the ongoing democratic destruction of the last four years. Finally, if Lula or Haddad wins, it could potentially pave the way for an administration more focused on popular groups since the multiclass alliance put into place by Lula in the early 2000s no longer seems viable—or, for that matter, desirable.

Too many unknowns define the upcoming elections in Brazil, not the least Lula’s role in it. But even if he, Haddad, or someone else on the left wins, the new president will face a country in the midst of a deep economic crisis, intensified by the neoliberal measures undertaken by Temer, which would hinder substantially anyone’s ability to govern more inclusively. More importantly, perhaps, Brazil is experiencing an unprecedented political predicament defined by widespread undemocratic, authoritarian notions and procedures, aggravated by ongoing judicial lawfare aimed at left-leaning politicians and organized social movements. This dynamic would certainly add to the already enormous task of the new president, should that person be committed to reestablishing democratic rule in the country.

Rafael Ioris is Associate Professor or Latin American History at the University of Denver, and author of Transforming Brazil: A History of National Development in the Postwar Era.