Equal in what? The Magna Carta, racism and non-discrimination in Cuba

Cuba’s new constitution should do more than merely ban discrimination; it should establish more proactive measures to recognize diversity and advance equality. This is the first installment in NACLA's forum on Cuba’s constitutional reform. 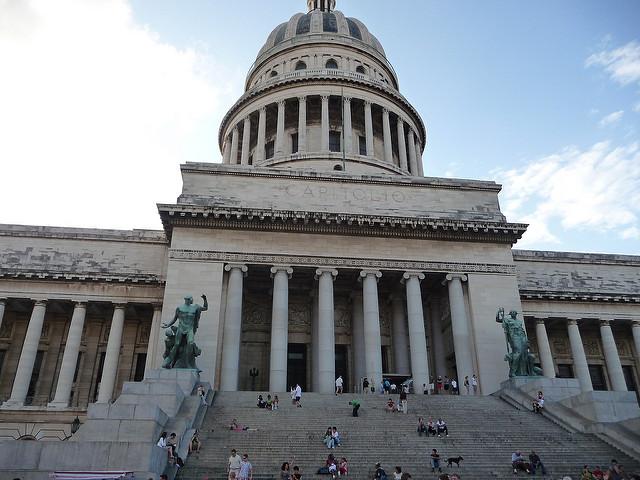 During his time as president, Raúl Castro announced a series of reforms. One of these was to overhaul Cuba’s 1976 constitution, which was drafted at the height of Cuban socialism and has long been out of sync with the country’s post-Soviet reality. In July, Cuba’s National Assembly unveiled a proposed version for  the new constitution. This draft will undergo a process of public debate throughout the fall and should be ratified in February 2019.

The constitutional reform has intensified debates on the island about rights, citizenship, and the new economy. This essay forms part of a running forum NACLA is hosting to offer a range of views on this crucial process at a critical moment in Cuban history.

Julio César Guanche’s essay focuses on one of contemporary Cuba’s most controversial issues: racial inequality. He argues that that the new constitution should do more than merely ban discrimination; it should establish more proactive measures to recognize diversity and advance equality.  (This essay originally appeared in OnCuba.)

The Draft of the new Constitution, being debated now in Cuba on a popular level, expands the legal formulation of the principle of equality. This is a reality of great importance.

This new draft collects the previous and adds “the non-discrimination for reasons of gender, gender identity, sexual orientation, ethnic origin and handicap.”

In this article I will only comment on a subject related to equality: racial discrimination. The reason is the following: the way of interpreting a discrimination and of imagining its solutions gives light on the causes and remedies for other discriminations.

There are several strategies to oppose racism, but perhaps the first of them is to recognize its existence and identify its mechanisms of reproduction.

In Cuba there exist contradictory signs about the subject.

The 1959 Revolution waged a deep struggle against structural and institutional racism. Its principal leaders have had antiracism as a recurrent subject. During its process it banned segregation, discrimination and achieved social mobility, an increase in the standard of living and universal access to goods and services. The non-whites were benefitted indistinctively. A black activist has said it this way: “It was then that the Revolution took on sense for me.”

However, two conflictive focuses have been present in the official discourse.

First, the presentation of racism as a “vestige,” which the present is contributing to eradicate and that doesn’t reproduce it.

That position does not comprise the material base of the reproduction of racism, nor does it let its differentiating uses in today’s Cuba be seen in the access to ownership, receiving remittances or the preference in the economy’s booming zones, or how the school dropout and prison population rates are predisposed.

Second, mixed race is presented as the negation of all inequality originating in “race.”

According to that idea, we are mixed race: neither whites or blacks. Cuba is a country where “everything is mixed,” in which the person who doesn’t have Congo blood descends from the Carabalis; but that also experiences the differences between whites, mulattos and blacks present in countries with a similar historic formation, like Brazil or Colombia.

In Cuba there exists a mixture, and “Cuban” as a comprehensive word of what we are, but mixed race is not a safe-conduct to deny racialized differences and inequalities. Even because they are also the result of racism itself. During its process, it always accumulates differences: it establishes borders of exclusion between whites and blacks and brings about divisions among the same “race,” which have shown great persistence.

The most recent Cuban report to the UN committee for the elimination of racial discrimination reproduced both common places. The text affirms that the term “Afro descendent” – with consensus in the antiracist global movement, even more so after Durham – “is alien to our reality.”

The criterion also appears in the national statistics services. Such an attitude ignores the Cuban intellectual production on the subject and does not support the antiracist cause, in what supposes recognizing the legitimacy of self-recognition.

The possibility offered by freedom to create the individuals’ own character and identity has always been one of its most wished-for contents. Identity can only be created through participation. Self-recognition supposes politically participating, assuming identities and expressing political opinions accordingly.

Political opinion is protected in the face of discrimination by article 2 of the Universal Declaration of Human Rights, signed – although still not ratified – by Cuba. Unfortunately, article 40 of the Draft does not include political opinion among the matters it forbids to discriminate. Neither does it put in plural the concept of “identity,” which limits the identities to the national and to that of gender. Those absences do not facilitate participating with legitimate demands of identity in the Cuban public space.

Discrimination is forbidden in Cuba, but its procedural channels have not been very effective. The mentioned report recognizes, together with statistics of egalitarian progress and “isolated” cases of discrimination in employment and television programs, a single case in 2017 of a typeable act as Crime against the Right to Equality.

Therefore, it is useful to suggest the incorporation of constitutional protection, guardianship or shelter actions in the face of the violation of rights, whose form and reach do not appear specified in the Draft.

The protection instrument allows for demanding rights with simple procedures which favor immediacy in the result, but also to defend the legal results that cover the group of persons protected by the same right.

Another useful question is strengthening the direct use of the Constitution in the courts, demanding the constitutional principle of equality, in the face of the absence of a specific law against discriminations.

In the same direction, it would be convenient to authorize the State, based on the constitutional text, to deploy an institutionalism specializing on the subject.

It could be an organ for the Promotion of Equality, with the obligation to render public reports, warn about the state and private behaviors suspected of discrimination, contribute to outlining the racial variable in the data-collecting methods in home censuses and surveys, and to draw up public policies together with the responsible state authorities and the antiracist movement of civil society.

In Cuba there doesn’t seem to be a consensus on affirmative action, another of the ways to combat discrimination. From the State, Raúl Castro himself has defended the promotion of black and mixed-race persons to decision-making posts, but without assigning quotas or inscribing such an intention in regulations. The Draft doesn’t mention this possibility.

It is popularly said “give it to me for my merits, not because I’m black” as if the phrase could only be virtuous. However, it is part of a common sense that confides to the meritocracy the key to social ascent. Considering personal merit as the only requisite to enter, for example, job posts, is a virtue when it is demanded in a very powerful egalitarian culture, with many social and institutional guarantees, and with high levels of social and cultural equality. In other cases, the meritocracy is the rational justification of the exclusion, a pretext to hand down inequalities among generations.

According to the United Nations, affirmative action “is a coherent group of temporary measures to correct the situation of the group to which it is destined in one or several aspects of their social life to achieve equality.”

Such a policy is not conceded for being “black” but rather for belonging to a social group that has been historically discriminated against, and because such a reality has revealed consequences not chosen by its members regarding their present.

In Brazil an important number of public universities preview the setting aside of enrolments for Afro descendants, and private higher education institutions give total or partial grants. In addition, the subject of employment, public service, culture and access to justice has been actively legislated.

In Colombia, the selective assassination of Afro-descendent social leaders aims to dissuade the historical political mobilization in the Colombian Pacific, and to violate their rights to land, territory, identity and collective ownership, which had been able to be inscribed as affirmative action policies in laws like the 70 from 1993, called “of negritudes.”

Cuba has a record of affirmative actions: the work nationalization laws that starting in the 1930s guaranteed 50 percent of employment for Cubans, or article 74 of the 1940 Constitution for the access of non-whites to work. The first had an incomparable success with respect to the second.

But if the law is not sufficient to combat discrimination, neither is affirmation action on its own. Another recourse con contribute: education. The law inhibits and represses, affirmative action redistributes opportunities and resources, and education can prevent discriminatory behaviors and promote knowledge that motivates tolerance.

If schools focus on this they can contribute to reassessing the discriminated against identities, promote cultural change, undermine racial and sexual stereotypes and give a boost to the acceptance of differences.

A mandate to the educational policy, with an ethnic-racial focus, included in the Constitution, would be a guarantee. For example, pointing to the need to include in the curriculums subjects about General History of Africa and of its current processes, and the history of Cuban blacks, whose current teaching is very deficient.

There are other strategies to combat discrimination, but these are useful. Of course, they don’t lack problems. The principle to follow can be the following: the more available the resources against discrimination, the better. It is a question of achieving equality not just before the law or just about opportunities, but also equality in the results we can achieve with effort and with freedom. It has nothing to do with imposing being “identical.”

The defense of equality is the true celebration of diversity. The Constitution can contribute a great deal to this effort.

Julio César Guanche is the author of  La libertad como destino: Ideas y tradiciones en el siglo XX cubano and other books. He serves on the editorial boards of the journals Cuban Studies and Temas.