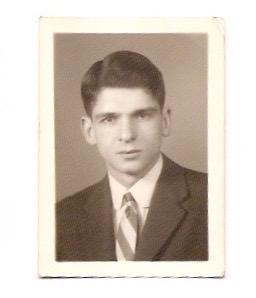 I asked my mother where she thought my father got his zeal for social justice. She said, “At a gathering at our apartment in 1964 or so, someone was there from Europe, and talked in a thick Mitteleuropan accent about how he was a victim of anti-Semitism as a child, how he was bullied by the other children. Then Larry said, yes, that happened to him as a child as well.  And the other man said, "where in Europe were you from?” Larry answered: "Queens."

With his unique mixture of Ozone Park street-smarts and Oxford erudition, my father did his best to help the people of Latin America not be bullied by their governments. He founded COHA when I was ten years old, and I saw streams of families of human rights victims, exiles, and dissidents come to his New York apartment, which temporarily doubled as the organization’s New York office, and find empathy and encouragement my father after they had been given the cold shoulder by official government channels. He lived out his mission to stand up for women and men in Latin America whom the powerful had abused or ignored.

My father did not train as a Latin Americanist. Much like Yeats, of whom W. H. Auden said made Ireland hurt him into poetry, Larry Birns was hurt into being an activist in U.S.-Latin American relations he termed, in testmony before the Senate in 1977,  “a plague of oppressive, monstrous, illegitimate regimes” that took power in Chile, Argentina, and Uruguay in the 1970s, joining the military government in Brazil that took power in 1964. While many progressives were preoccupied with Vietnam or the Middle East, and many establishment figures wished to continue the not-so-benign neglect of the region and ensure it was complacent to a U.S. agenda, my father was moved by a vision of a new Latin America, one with a pluralistic political landscape that was no longer in thrall to Washington and afforded its citizens fundamental human dignities.

For over 40 years, in a series of borrowed and rented Washington DC offices armed with only a volunteer staff, my father not only fought the good fight, but educated and motivated generations of young people to seek a more idealistic world and find community amid all their differences. To see my father in action at COHA, even in his last years, was to see a master galvanizer, somebody who could bring the best out of people and make them find things within themselves that they did not know they had. The sheaf of tributes that have been assembled here are a testimony to this ability to inspire.