A Ship Adrift: Cuba After the Pink Tide

With Venezuela in crisis and the Pink Tide in decline, what’s next for Cuba? 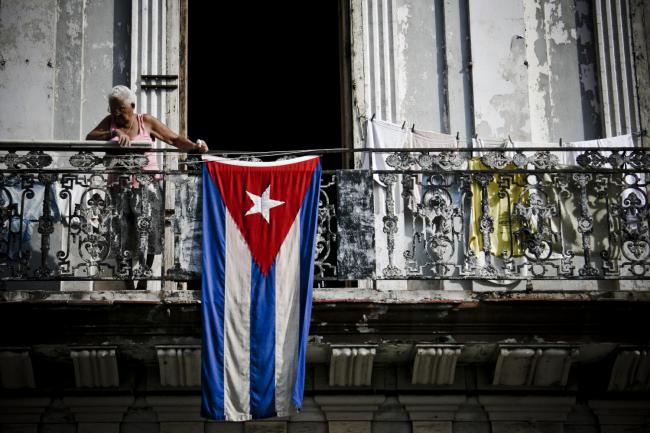 In the early years of the post-Soviet period, when Cuba was reeling from the collapse of its main benefactor, a young Cuban emcee known as Randee Akosta rhymed, “We are a ship adrift that sails aimlessly, and without money, we’ve lost half our crew.” He was referring to the economic and cultural isolation of Cuba in the 1990s. But with the demise of the regional left-wing allies who boosted the socialist nation during the boom of the Pink Tide, Akosta could have just as easily been rapping about the uncertain fate that Cuba is facing once again today.

Compared to just five or ten years ago, when Cuba benefited from a net of supportive allies in the region, chiefly Venezuela, uncertainty amid the rise of far-right leaders, the internal turmoil of leftist nations, and the aggressive machinations of the Trump administration determined to break up the Cuba-Venezuela nexus have marked recent years.

On March 4, the Trump administration announced that it will tighten the embargo against Cuba by authorizing lawsuits against Cuban companies who use properties that were confiscated after the 1959 Revolution, under Title III of the Helms-Burton Act. Although the move only applies to about 200 companies and appears largely symbolic, it presages larger measures, more sanctions, and travel restrictions against the island nation. These moves can be read as retribution for Cuba’s ongoing support of Venezuela as the Trump administration has doubled down on its support for a regime-change strategy by means of a coup. The United States was one of the earliest and most enthusiastic supporters of Juan Guaidó when he proclaimed himself president of Venezuela on January 23. Meanwhile, the administration’s actions, such as meeting with defecting members of the military last year in Washington, have indicated that it would back a military coup in the country. Sending humanitarian aid trucks to the Colombia-Venezuela border as a way to provoke conflict with the Venezuelan military also provided evidence of this confrontational strategy.

In addition to punishing Cuba, the tightening of the embargo is an attempt to put pressure on the island at a difficult time. Since Trump’s early days in office, he has sought to strengthen the economic embargo and reverse the normalization efforts of the Obama administration. Trump has also threatened to put Cuba back on to the list of countries supporting terrorism, citing the influence of Cuban military advisors in Maduro’s government. Cuba was removed from this list in 2015 during the period of normalization.

Nearly three decades ago, Cuba faced a similar confluence of events. The Soviet Union collapsed, causing a massive economic crisis on the island that famously led Fidel Castro to proclaim a “special period” on the island. The effect on the living standards of Cubans was drastic, with massive lay-offs, reductions in transportation, and frequent blackouts. Cold War triumphalism was in full effect, with free market revolutions taking place in Eastern Europe in the midst of the global rise of neoliberal austerity policies. The Clinton administration also sought to push a beleaguered Cuba toward an Eastern European-style free market transition by putting immense pressure on the Cuban economy and people through punitive policies like the 1996 Helms-Burton bill.

Through a long and difficult process, Cuba pulled itself out of a severe economic recession by courting foreign investment from a range of countries, establishing joint ventures with foreign firms, developing its tourism sector, encouraging the flow of remittances, earning hard currency through providing overseas medical services, and taxing artists, athletes, and musicians working abroad.

Then, in the late 1990s, Cuba’s fortunes turned around. Left-wing governments started coming into office across the region, in many cases powered by massive mobilizations of urban movements, peasants, unions, and Indigenous peoples. A key ally for Cuba was the oil-rich nation of Venezuela, whose leader, Hugo Chávez, maintained close ties with Cuba’s Castro. The rise of Chavismo helped bolster the Cuban nation, revitalizing it after the crisis of the special period. The Cuban economy received a boost through an agreement signed in 2000, which stipulated that Venezuela supply subsidized oil to Cuba in exchange for Cuba’s sending healthcare workers, physicians, sports coaches and arts workers to Venezuela, as well as offering free medical treatments to Venezuelans in Cuba. Venezuela also provided loans and grants to Cuba, planned to construct an underwater fiber optics cable to improve Cuba’s internet capacity, and agreed on a number of production and research projects on rice, nickel, and electricity.

The Cuba-Venezuela bloc also had symbolic importance as an alternative to U.S. hegemony. Not just sailing aimlessly, Cuba was at the center of new regional initiatives such as the Bolivarian Alliance for the Peoples of Our America (ALBA), which sought to strengthen regional sovereignty in the face of ongoing attempts by the United States to impose its free trade agenda. The Petrocaribe initiative launched by Chávez in 2005, which offered subsidized oil to debt-strapped Caribbean nations, displaced the political and economic power of U.S. fossil fuel companies. As Bret Gustafson argued in NACLA, the Petrocaribe initiative brought more energy sovereignty to the region, and although it was dependent on fossil fuels, it provided a vehicle for regional cooperation and a challenge to U.S. oil hegemony over Caribbean nations. Chávez, Castro, and Evo Morales of Bolivia were frequently photographed together, representing a new axis of hope for the socialist left.

The Rise of the Far Right

Chávez’s death in 2013, along with the collapse of the commodity boom that had financed the Bolivarian revolution, an opposition-led economic war, and economic mismanagement led to a growing crisis in Venezuela under Chávez’s successor, Nicolás Maduro. This internal crisis has had reverberations in Cuba, which was hit especially hard by decreased oil production in Venezuela. Cuba currently receives about 55,000 barrels of crude oil per day from Venezuela, down from 100,000 barrels per day five years ago. With the rise of the far right, Cuba also has fewer allies in the region to count on for medical and other exchanges. In January 2019, 8,300 Cuban doctors were set to withdraw from Brazil, after the newly-elected far-right president Jair Bolsonaro questioned the terms of their contracts and qualifications.

For Cuba, there would be a significant impact if Venezuela were to succumb to a coup or right-wing takeover because it would mean the loss of a vital trading partner—albeit a weakened one—though it would likely not provoke a major crisis in the Cuban economy. In 2017, trade between the two nations totaled more than $2.2 billion, or 12% of Cuba’s GDP. Still, Cuba’s dependence on Venezuela is far less significant than its dependence on the Soviet Union in 1991. In recent years, the Cuban government has been looking for alternative oil sources, and in 2018 it signed a three-year agreement with Algeria to exchange crude oil for doctors. And the Cuban economy has some level of autonomy through the growth of diverse foreign investments, revenue received through tourism and remittances, and new trade agreements with U.S. companies initiated under the period of normalization. Although the stricter travel regulations put in place by Trump reduced the number of American tourists in 2018, by the end of the year numbers had bounced back to 4.75 million international visitors, largely buoyed by a 48 percent increase in cruise ship arrivals and visits from Cubans residing abroad. These may mitigate the difficulties somewhat—and the Revolution’s chances of survival.

Cuba still has some left-wing allies in the region, especially following the election of Andrés Manuel López Obrador in Mexico, as well as in Uruguay and Bolivia. While these nations would be unlikely to replace the economic muscle of an alliance like Petrocaribe, they may provide some moral support for Cuba, as they have done to varying degrees for an embattled Venezuela.

What’s next for the Left—and Cuba?

As far-right forces ascend in the region, what is the current fate of the leftist and revolutionary governments that supported Cuba? As well as being under attack by long-standing imperialist and hegemonic powers, they have become victim to their own developmental logics and extractivist policies, which depend on highly fluctuating and ecologically finite resources such as oil. Like in Venezuela, the massive infrastructural projects undertaken as part of the Citizen’s Revolution in Ecuador under Rafael Correa were made possible by oil rents in the context of high oil prices, which collapsed by 2014. This was also the case in Bolivia’s gas-fueled social revolution. The underlying economic model of “21st-century socialism” needs rethinking, especially given the climate crisis currently threatening the planet.

These governments have also been marked by an unbalanced concentration of power in the figure of the presidency and a top-down approach to solving issues such as poverty. Although the Pink Tide as an electoral phenomenon dependent on highly charismatic leaders is in decline, the social forces that brought these leaders to power continue to struggle at the grassroots. From the Landless Workers’ Movement in Brazil, to the communes in Venezuela and Indigenous movements in Ecuador and Bolivia, social movements hold the key to an ecologically sustainable, democratic, anti-capitalist future for the region.

For these grassroots movements and others, Cuba still stands as a symbolic pole, reminding us that human society can be organized on the basis of solidarity, cooperation, and respect. This is a profound vision that stands clearly at odds with the individualist, profit-driven mantras of far-right leaders like Trump and Bolsonaro. Cuban society itself has been undergoing a much-needed transformation from within, as local neighborhood associations, cultural groups, and anti-racist movements are challenging old dogmas and introducing new means of participation.

In a global era, Cuba will find a means of recreating and fostering alliances. At a moment where democratic socialism has come back into the parlance of dominant presidential and parliamentary contenders, and people are looking for an alternative to failing systems of neoliberal capitalism, Cuba may well emerge once more as a buoy.