Fracking was a signature aspect of Argentine President Mauricio Macri’s campaign. The policy, however, has failed during his first term in office, as the economy worsens under austerity measures. 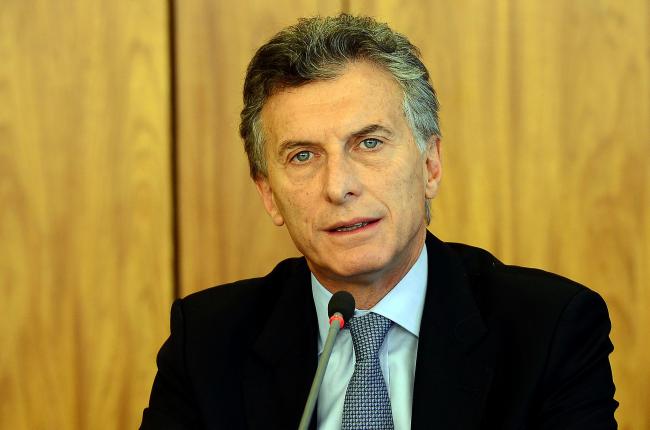 Editors’ Note: This week we’re running a mini-series on Argentina’s current financial crisis. With an election coming up, it’s an important moment to reflect on the failures of President Mauricio Macri’s promises to restore the country’s economy. Part 1, published yesterday, covers the specifics of Argentina’s macroeconomic policies and why a renewed alliance with the IMF will only exacerbate austerity policies at the expense of the working class. Part 2 covers President Macri’s stunted efforts to bring fracking to Argentina. Will Argentina continue down this path, or will the people seek out an alternative? Here’s Part 2:

Argentine President Mauricio Macri entered office in 2015 a darling of the investor class. He vowed to the turn the page on the reckless spending and economic mismanagement of his Peronist predecessors. But a few years on, Argentina finds itself in a situation that is all too familiar. An economic and currency crisis erupted last year and quickly spun out of control. In 2018, Macri hastily turned to the International Monetary Fund (IMF) for a bailout, as Alan Ciblis details in Part 1 of this series. The IMF is widely reviled in Argentina due to its role in past economic crises. A rescue package usually comes with demands for austerity, and this time was no different.

Thus far, Macri has complied by having his government cut public spending and slash utility subsidies in an effort to reduce budgetary pressure, but these decisions have also led to price hikes for ordinary people, increasing hardship and exacerbating sky-high inflation. Indeed, consumer prices shot up 54 percent over a 12-month period ending in March. The currency has also fluctuated violently. Argentina is now viewed as the second-riskiest borrower in the world after Venezuela, according to the market for credit-default swaps. Investors put the odds of a default at 49 percent within the next five years.

Facing a public backlash, Macri reversed course, announcing slightly less draconian austerity measures earlier this year. In April, he announced a series of price controls in an effort to lessen the financial blow on the average household. But the peso sank in response to the news as international investors felt he was abandoning free-market orthodoxy. Meanwhile, labor unions staged multiple strikes in April to protest austerity, crippling downtown Buenos Aires. Macri has been unable to break out of this conundrum, and his poll numbers have sunk to new lows. He is still the favorite of the business elite and international investors, who view him as one of their own, even if he is struggling to rescue Argentina from years of malaise.

The Failed Promise of Fracking

Aside from austerity and ingratiating himself with international capital, one of Macri’s signature agenda items was the expansion of fracking. The government has served up a lot of hype about Argentina’s Vaca Muerta shale deposits, which Lorena Riffo explored in her article in NACLA’s “Fossil Fuels and Toxic Landscapes” report.  Macri’s campaign to exploit oil and gas seemed to serve multiple purposes at once—increasing domestic energy production while also bringing foreign investors back to Argentina.

Argentina’s recent oil and gas deficit has forced it to turn to costly imports. Macri positioned a potential oil and gas boom as a key pillar of growth for the Argentine economy, one that could slash imports, reduce pressure on the budget, and bring back strong economic growth. In addition, replicating a Texas-style fracking boom would require massive investment, and Macri’s need to attract multinational oil and gas companies reinforced his campaign to court international finance. His predecessor, Cristina Fernández de Kirchner, had angered investors when she partially nationalized the Yacimientos Petrolíferos Fiscales (YPF) oil and gas company. Under her watch, shale dreams failed to materialize and business leaders said her heavy-handed state involvement was to blame. Macri promised his business-friendly approach would get the job done.

Outside of North America, Argentina is typically held up as the most likely candidate to host the next shale bonanza due to the vast quantities of oil and gas in the Vaca Muerta shale deposit, which is largely centered in Neuquén province. But Vaca Muerta competes with Texas and a number of other oil hubs in terms of attracting capital.

Fracking in Argentina, however, is expensive, and so the premise of an Argentina shale revolution was always likely to be built on heavy subsidies from the state. Macri’s government decided to subsidize natural gas production by covering the difference between market prices and a fixed price of $7.50 per MMBtu (one million British Thermal Units) for drillers. Because that price is higher than prices elsewhere in the world—for instance, natural gas prices along the U.S. Gulf Coast averaged $3/MMBtu in 2017—the government was handing cash to oil and gas companies to drill. At the same time, Macri cut subsidies for ordinary households in an effort to save money. Facing hardship, the Argentine people are effectively being asked to pay higher utility bills to subsidize fracking.

In 2016, after meeting with President Macri, then-CEO of ExxonMobil Rex Tillerson said that the company was considering plans to spend $10 billion in Vaca Muerta over a 20 to 30-year period, a vote of confidence in the new corporate-friendly administration. “I’m optimistic about the changes that have happened in Argentina with the new government,” Tillerson stated. But subsidized gas prices were critical in attracting the expected flood of investment.

When Argentina’s peso collapsed in mid-2018, Macri turned to the IMF amid a rapidly escalating financial crisis last year, overpaying companies to produce gas became a luxury that Argentina could no longer afford. Between 2016 and 2018, subsidies for producing oil and gas fell by a third from $4.1 billion USD to just $2.8 billion, according to the Institute for Energy Economics and Financial Analysis (IEEFA). Average consumers, however, took on a greater share of the burden. Subsidies for residential gas and electricity bills declined by more than 60 percent, falling by $6.1 billion, which meant that households saw their utility bills soar.

In January, Macri’s government announced another round of cuts, abruptly announcing that it would retroactively cap subsidies to shale gas producers. Some companies are outraged at the about-face, and are suing the government for damages. The change in policy could cost Tecpetrol, a subsidiary of Italian-Argentine company Techint Group, $250-$300 million annually in reduced cash flow in 2019 and 2020, according to Moody’s. Tecpetrol cut staff and reduced production following the subsidy change.

The problems don’t end there. Since inadequate and otherwise congested roads are not up to the task of moving oil and gas equipment hundreds of miles out of the landlocked region in and around Neuquén, the government also needs to subsidize the construction of railroads to make its plans work. But this has also hit a snag. A $780 million rail project connecting the Vaca Muerta to the port of Bahía Blanca is on the rocks because drillers balked at committing to taking on future cargo volumes—a sign of lack of interest from the industry.

At this stage, very few projects are actually moving forward. “The industry faces challenges from investors who are increasingly questioning highly speculative new investments. Over the last six years, 31 projects have been launched in Vaca Muerta. Only five are in active development, and some of these are now threatened,” IEEFA wrote in the same report. Most projects remain in the “pilot phase,” with companies allocating limited amounts of money. Despite the enormous costs, Macri’s fracking revolution is running on fumes.

The Environmental and Human Toll

Fracking in Argentina is not only a financial drain, but a poor plan for economic development due to environmental and public health consequences. Locally, the arid Neuquén region will see increased water scarcity as more water is diverted for drilling. Observatorio Petrolero Sur (OPSUR) a Buenos Aires and Neuquén-based organization monitoring the energy industry, has documented some of the deleterious health effects suffered by local residents living near fracking operations in Neuquén and Río Negro provinces, effects that have become all too familiar to people living in Pennsylvania, Texas and New Mexico: headaches, respiratory problems, and psychological stress, among many other ailments.

A 2018 report to the UN from the Committee on Economic, Social and Cultural Rights urged Argentina to “reconsider” its fracking campaign in the Vaca Muerta, and instead focus on renewable energy. The report said that the push for fracking jeopardized Argentina’s commitments to the Paris Climate Agreement.

The effects on the ground can be significant. A 2018 Greenpeace investigation documented large amounts of toxic waste dumping related to fracking operations at illegal facilities in Neuquén. The dumping has caused pollution, Greenpeace says, and the waste site is situated close to communities and farms. “The way these oil companies operate is pure environmental vandalism and demonstrates how little control local authorities truly have,” Paul Horsman, spokesperson for Greenpeace Andino’s climate and energy campaign, said in a December 2018 statement.

A few weeks later, in January 2019, OPSUR reported that local police had detained and beat a German photojournalist named Stefan Borghardt for photographing the treatment plant. The police allegedly demanded that he delete the photos and confiscated his equipment. Once released, Borghardt filed a complaint with the provincial prosecutor posted several pictures of the waste dump on his Facebook page.

The Neuquén Mapuche Confederation filed a lawsuit against several powerful oil companies who send their fracking waste to the facility, including Exxon, Total, Pan American Energy (a subsidiary of BP), YPF, and Pampa Energia. The Mapuche, directly affected by the expansion of drilling, have fought against oil and gas companies for years, and in some cases have successfully disrupted development. It’s not a coincidence that the same report sent to the UN in late 2018 urging the Argentine government to reconsider its fracking plans also highlighted human rights violations, violence against environmental rights defenders, and Indigenous peoples. The report noted that perpetrators, often employed by the state, avoid accountability because of a culture of impunity.

Fracking in Argentina has been a signature policy item of Macri’s administration, and so its failure, at least to date, symbolically sums up his first term in office. It also won’t work, even on its own terms. To the extent that Argentina has grown its oil and gas industry, it has done so on the backs of ordinary people. Macri’s government demands austerity from the people even as it lavishes subsidies on the fossil fuel industry. Now that such largesse has become unaffordable, the house of cards looks increasingly rickety.

More importantly, the environmental, social and public health toll of the fossil fuel expansion is large, as it is everywhere else in the world. Macri’s push for the Vaca Muerta is another example of the senseless attempt to build an extraction economy at a time when the climate crisis is deepening.