Brazil: Corruption as a Mode of Rule

Tracing the roots of political corruption in Brazil from Vargas to Bolsonaro reveals corruption as a political strategy that has long been woven into the fabric of Brazilian politics. 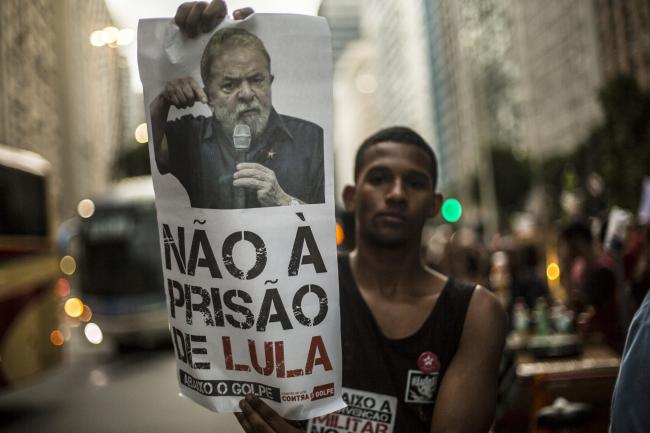 Corruption is intrinsically political. These days, it usually refers to the abuse of public office, while anti-corruption initiatives are seen in the media as more or less equivalent to ‘good governance.’ Corruption is almost universally regarded as a bad thing, and as a result it is exceptionally rare for a politician to embrace the label of being corrupt. Deeming those bequeathed with public power as ‘corrupt’ calls their legitimacy into question. Consequently, opposition to corruption is never neutral. Anti-corruption often takes the form of a particular nostalgia, based on an assumption that politics was cleaner and more ethical in the past. In effect, opposing corruption promises to rectify what is out of order, rather than proposing an alternative political vision superior to the status quo. Nowhere are the contested politics of corruption and anti-corruption clearer than in Brazil.

Brazil is currently locked in a political crisis that threatens to undermine its democratic institutions. The key to this crisis is Operação Lava Jato (Operation Car Wash), the largest anti-corruption investigation in Brazil’s history. Since its inception in 2014, the Lava Jato investigations have uncovered corruption networks involving billions of dollars across 12 countries and has resulted in more than 300 indictments and 100 convictions. Already, two former presidents have been arrested for their connections with Lava Jato, Luiz Inácio Lula da Silva in 2018 and Michel Temer in mid-March 2019. Indeed, Lava Jato all but decided the outcome of last year’s election after Judge Sérgio Moro sentenced Lula to nine and a half years in prison, barring him from running in the 2018 elections, and leaving the field open for far-right Jair Bolsonaro to assume the presidency. Moro was richly rewarded for his efforts: Bolsonaro named him to his cabinet as his new Minister of Justice—and Lula’s sentence has since been extended to 12 years by an appeals court. Anti-corruption momentum around Lava Jato also played a significant role in the downfall of another president, Dilma Rousseff, who was impeached in 2016, for “crimes of responsibility” due to her alleged use of an arcane set of fiscal maneuvers known as pedaladas (“fiscal peddling”) to pay for social spending. Her right-wing vice president, Michel Temer of the Brazilian Democratic Movement Party (PMDB), eventually replaced her, and left office with a 2 percent approval rating.

With more than a hint of cynicism—and an even greater dose of historical revisionism—intellectuals, pundits, and politicians on the Right promoted the myth that Brazilian corruption was systemized or even invented by Lula and the Workers’ Party (PT), and that the party represented a corrupt, anti-democratic force that Lava Jato should expunge. As former president Fernando Henrique Cardoso (1995-2003) remarked in a September 28, 2017 keynote address at the Wilson Center, corruption before the PT’s rise to power in 2002 consisted of “either individual acts or a mix of patronage with leniency, not a fundamental mechanism for a government to gain and retain power.”  The PT’s alleged innovation, he claimed, was to systematize corruption so that it became a permanent form of governance.

To disguise its own failings and belittle Lula’s political triumphs, the main opposition party, the center-right Brazilian Social Democratic Party (PSDB), promoted the comfortable fiction that corruption accounted for the PT’s four successive electoral victories. Following this logic, other parties could portray corruption as a PT-specific malady, and an existential threat to Brazilian democracy. Further, Cardoso’s argument continued, the “moral question” of PT’s corrupt and anti-democratic character, which appeared “to be a concern of the educated middle classes, has now become a concern of the people at large” as a result of Lava Jato. The implication was that Lava Jato, and the crusade of an enlightened few, had awakened the masses from the political slumber induced by the PT and Lula’s charisma. But these sentiments bear little relation to Brazil’s political history.

Dictatorship and Corruption Since 1945

Brazil’s Second Republic, more commonly known as the Populist Republic, came into being through a military coup, which removed then-dictator Vargas from power on October 29, 1945. Since then, three Brazilian presidents have been removed from office following major anti-corruption movements. In 1954, the former dictator-turned-democratically-elected president, Getúlio Vargas, committed suicide in the wake of the Mar de Lama (“Sea of Mud”) corruption scandal, and a vicious campaign led by a right-wing news editor and politician, Carlos Lacerda. In 1964, similar forces played a key role in the civilian military coalition that toppled reformist President João Goulart, leading to 21 years of military rule. Fernando Collor de Mello, a charismatic outsider from an oligarchical clan based in the northeastern state of Alagoas, took office in 1990 with the expectation that he would purge the state of corrupt civil servants. But he was impeached in 1992 following anti-corruption protests.

The military justified the 1964 coup as a necessary measure to protect Brazil from an incurably corrupt political class, later justifying its most authoritarian measures as essential to ridding the country of the malignant “diseases” of populism and communism, terms that carried strong associations with corruption. The military regime’s anti-corruption rhetoric proved to be mostly just that. Corrupt politicians continued to prosper under the dictatorship, while military officers took advantage of ample opportunities to utilize state power for their own benefits. Indeed, according to political scientist Wendy Hunter, corruption under the dictatorship reached such high levels that it began to affect the military’s cohesion and operational efficiency, leading military leaders to conclude that a return to civilian rule was necessary to save the regime from the same disease it sought to eradicate.

Bolsonaro’s stunning victory last year was in part based upon the myth that military rule had been less corrupt than civilian rule, and that Bolsonaro could restore those values that had degenerated under the corrupt influence of “communist” PT rule. Yet, far from being an innovation of the PT, political corruption has long been imbricated in the fabric of Brazilian politics. Its persistence is not peculiar to Brazilian culture or national morality. Rather, it has been a central instrument in securing the Brazilian elites’ hold over political and economic power for centuries. Corruption in Brazil is a systemic issue reflecting specific features of the national and international political economies, argue Barbara Geddes and Artur Ribeiro Neto in Third World Quarterly.

The portrayal of corruption as a covert exchange linking political and socioeconomic market places through the illicit exchange of money and favors for privileged treatment is only part of the picture. In truth, corruption is a political strategy employed by private actors to exert influence over institutions or the state. As Gramsci argues in his famous Prison Notebooks, corruption can serve as a form of rule when it is impossible to rule through consent alone, and force is too risky a political strategy. Corruption and fraud are strategies deployed under circumstances when the hegemony of the dominant class is fragile, permitting it to buy political support—in essence, to privatize public life.

The ideological fluidity and flagrant lack of party discipline within Brazil’s political system can also be traced to the military dictatorship’s manipulation of the political system. Beginning in 1965, the dictatorship’s leaders attempted to shore up their position through creating two parties: The National Renewal Alliance (ARENA), the official party of the government, and the Brazilian Democratic Movement (MDB). The government concluded that because opposition was concentrated in Brazil’s largest urban areas, it could focus instead on trading favors for support from the country’s largely rural political machines. The smaller, poorer states of Brazil tended to be governed by an oligarchical political class that was pro-military, ideologically conservative, and more than willing to exchange votes for favors, according to historian Thomas Skidmore.  The military regime solidified itself by ensuring that its supporters, particularly in the north and northeast, were overrepresented in the legislature.

Constitutional reforms in 1967 and 1969 liberated the state’s economic projects from any sort of oversight, further reinforcing patrimonialism as a form of governance. As sociologist Francisco de Oliveira has observed in New Left Review, there was no effort “to do away with patrimonialism, or to resolve the acute problem of the internal financing of capitalist expansion, which had been the Achilles’ heel of the previous constellation of forces.”  The effect was to divorce morality and legitimacy from the process of accumulating power, underscoring corruption as a feature of the dictatorship’s development strategy. Distributing favors became necessary to pave the way for large-scale development projects. Meanwhile, informal regulation of economic policy through backroom deals strengthened the link between state officials and capitalists, according to political scientist Leonardo Avritzer.

In the latter half of 1970s, Brazil’s dictatorship was on its last legs, plagued by corruption scandals, poor economic performance, and renewed opposition. This opposition was divided between two camps: the official opposition, the Brazilian Democratic Movement, or MDB—reorganized in 1979 as the PMDB, with almost the same roster of members—and the new, more radical social movements and organizations. The PMDB brought together a diverse array of political tendencies within Brazilian politics: liberals, old-school conservatives, traditional political oligarchs, and even elements of the nationalist and communist left. The second camp was represented, among others, by Brazil’s growing militant trade union movements, the radical left, including those who embraced armed struggle as well as those who had rejected it, and finally the Catholic left organized around liberation theology. Opposition to the dictatorship culminated in an alliance between the two opposition camps through the Diretas Já (“Direct [Elections] Now”) campaign.

The dictatorship finally ended with the indirect election of the MDB candidate Tancredo Neves, a solidly centrist former cabinet minister under Vargas. In a bizarre twist of fate, Neves died shortly after taking office, and was replaced by Vice President José Sarney, a strong supporter of the military dictatorship and perhaps the most visible face of Brazil’s corrupt political oligarchy. After the fall of the dictatorship, the PMDB solidified its position as the party of the center, rejecting both the opportunity to incorporate the demands of the Left into its program, as well as calls by social movements to exercise a new form of politics, for fear of alienating its patrimonial constituencies.

Benjamin Fogel is completing a Ph.D. on the history of Brazilian anti-corruption politics at NYU and is a contributing editor with Jacobin Magazine and Africa is a Country.