Rings of Corruption in Peru

In Peru, mainstream anti-corruption efforts return for a second act. Without political and structural change at every level, can Peru’s weak institutions rise to the challenge? 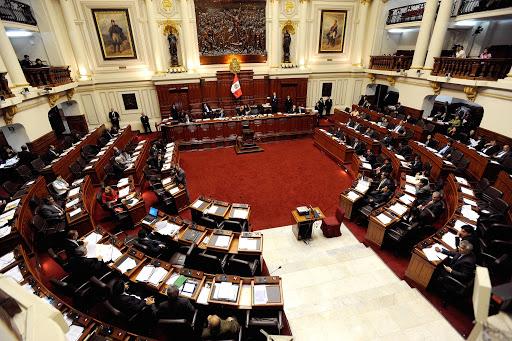 On April 17, 2019, former Peruvian president Alan García (1985-1990, 2006-2011) shot himself in the head to avoid facing preliminary detention over accusations related to the Odebrecht corruption scandal; he died a few hours later. García’s suicide attracted worldwide attention; yet although the outcome of his case was uniquely shocking, he was certainly not the only Peruvian politician who was in trouble with the law at the time. By early 2019, almost all of Peru’s former presidents were facing the immediate possibility of jail time due to corruption allegations from their time in office. Alberto Fujimori (1990-2000) was set to return to prison after the cancellation of his presidential pardon on October 3 of that year. Alejandro Toledo (2001-2006) was being extradited from the United States on charges of accepting bribes from the Brazilian construction giant, Odebrecht. Ollanta Humala (2011-2016) and his wife Nadine Heredia had just spent nine months in preventive detention over accusations of receiving campaign donations from Odebrecht. Pedro Pablo Kuczynski (2016-2018) was forced to resign the presidency in March, and prevented from leaving the country due to earlier payments Odebrecht had made to his financial services firm while he was a government minister; a’ few months later he would be subject to a judicial order of house arrest. Though not a former president, Keiko Fujimori, whose Fuerza Popular (Popular Force) party controls Congress, was sent to prison in late October to serve three years of preventative detention while she is investigated for money laundering in connection with her 2016 electoral campaign.

Accusations of corruption are nothing new in Peru; As historian Alfonso W. Quiroz has documented in his recent book Historia de la corrupción en el Perú, almost every government in the country’s history has faced them. But not since 2000, when the meticulously documented bribes paid out by presidential advisor Vladimiro Montesinos led to the spectacular downfall of the neoliberal Fujimori regime, have we witnessed such a sustained and far-reaching anti-corruption campaign as that in Peru over the last few months.

The situation is no doubt an outcome of the Lava Jato and Odebrecht affairs in Brazil; yet, the political aftershocks have had different effects in Peru. As in Brazil, these investigations have been politicized, but perhaps less effectively. Early in the Odebrecht investigations, from 2016 through 2017, the media attempted to portray the scandals as primarily or exclusively affecting politicians they identified as situated on the Left of the political spectrum, such as Humala and former Lima mayor Susana Villarán, despite the fact that both had distanced themselves from the Left in recent years—in Humala’s case, immediately after taking office.

Yet by 2018, the anti-corruption crusade had become seriously debilitating for the Right too, in particular for the fujimoristas, the conservative populists regarded as Peru’s most powerful political bloc, which held total control of Congress. Alan García’s Alianza Popular Revolucionaria Americana (American Popular Revolutionary Alliance, APRA) —a formerly revolutionary center-left party that had grown increasingly conservative and currently maintains a tacit alliance with fujimorismo—was also caught up in the growing scandal.

This shift resulted from a new corruption scandal that erupted in July 2018, when audio recordings released by investigative journalist Gustavo Gorriti’s team, working in collaboration with an official investigation by Peruvian police, began to reveal an extensive network of undue influence, bribes, and other illicit dealings in Peru’s judicial system. The release of an initial recording on July 7 magnified the impact of the news and quickly stir red up widespread indignation among the population. The tapes reveal Judge César Hinostroza appearing to agree to reduce or commute the sentence of a man who had been convicted of raping an 11-year-old girl. Though inaudible in the recording, the common and immediate assumption was that he had agreed to do so in exchange for money or other benefits.

A few days later, another recording was released of Walter Ríos, another judge close to Hinostroza, asking for a $10,000 bribe in exchange for a judicial appointment. These acts were the mere tip of the iceberg. Hinostroza and Ríos were identified as leaders of a judicial “gang” that police dubbed “Los Cuellos Blancos del Puerto” (The White Collars of the Harbor), a reference to their effective control over courts and judges in Callao, Peru’s largest port city.

Almost immediately, the recordings became a problem for the fujimoristas, since Judge Hinostroza’s close connection to them quickly leaked. In one of the recordings he actually mentioned a “Mrs. K” (Señora K)—which was almost universally assumed to refer to Keiko Fujimori. The scandals similarly damaged the image of the APRA party, which was then electorally weak but known for its pervasive influence over the judiciary, a factor often cited as the reason for former president Alan García’s ability to repeatedly avoid legal prosecution. In both cases, aprista and fujimorista leaders made their situation worse through clumsy attempts to defend the judges and sabotage both journalistic and police investigations, blaming them on the influence of the caviares—a term widely used in Peru to refer to the socially privileged sector of the Left—at a moment when popular indignation over corruption was at an all-time high. As the “White Collar” judges were arrested, lost power, influence, and were forced in some cases to resign—as occurred recently with Pedro Chávarry, Peru’s Attorney General—other rival sectors of the judiciary that are more critical of APRA and the fujimoristas, rose to the fore.

For APRA, the result was the end of Alan García’s ability to escape serious corruption charges over the last three decades, despite being frequently named in opinion polls as the most corrupt politician in Peru. For the fujimorista Popular Force party, the outcome has been a sudden reversal of fortune and a profound internal crisis. Since winning an absolute majority in Congress in the 2016 election—although coming up slightly short of the presidency—fujimorismo was regarded as a formidable political force, appearing to intimidate and even overpower President Kuczynski, finally forcing his resignation after his brief 20-month administration.

The 2018 “White Collar” judiciary scandal refocused attention on accusations of numerous illicit activities against fujimorista members of Congress, reinforcing the widespread belief that Keiko Fujimori’s party had failed to break with the legacy of spectacular corruption that marred her father’s government, and that the party’s enormous electoral strength in 2011 and especially in 2016 was based at least partly on alliances with interest groups engaged in questionable and/or illegal activities, such as logging, gambling, informal gold mining, and even drug trafficking.

The collapse of the party’s judicial support system opened high-profile investigations against Keiko Fujimori and her closest advisors, with prosecutor José Domingo Pérez and judge Richard Concepción Carhuancho—who doled out the preventative detention sentences—quickly becoming popular leaders of the anti-corruption struggle among broad sectors of the population. Carhuancho in particular was deemed the most popular public figure in the country, according to a November 2018 national poll from the Institute of Peruvian Studies. This shifting political climate led in turn to high-profile congressional resignations from the fujimorista bloc, strengthening interim president Martín Vizcarra and giving him an upper hand against his adversaries, something his elected predecessor Kuczynski never achieved.

These developments significantly weakened the only conservative party with a significant base of support among Peru’s poor and popular sectors, alarming right-wing pundits and media figures who now complain about a “witch hunt.” On the flip side, many sectors among the country’s Left see the recent events as an opportunity to reset the political balance of forces in the country. For example, Verónika Mendoza, the left-wing candidate who came close to advancing to the second round in the 2016 elections, has sought to emphasize the links between corruption, neoliberalism, and business interests, and to continue to position herself as a candidate in 2021. Certainly, she is hampered not only by the ever-present internal divisions that characterize the Peruvian left, but also because her party is not on the ballot, which means she will have to depend on alliances with other groups. Still, the ongoing prosecutions and investigations have weakened important sectors of the conservative establishment in Peru, and opened up a tentative potential space for the Left to gain support in the 2021 elections.

César R. Nureña is an anthropologist from Universidad Nacional Mayor de San Marcos (UNMSM, Peru). He holds a Master’s degree in Sociology from the Universidad Iberoamericana of Mexico City and is currently a Ph.D. candidate in Social Sciences at UNMSM. His dissertation focuses on forms of social exclusion associated with the Peruvian argolla. He has conducted research and published books and articles on politics, culture, public health, sexuality, and other issues since 2008.

Federico Helfgott is Assistant Professor in the Anthropology Department at Universidad Nacional Mayor de San Marcos and part-time faculty at the Department of Humanities of Universidad Antonio Ruiz de Montoya. He holds a Ph.D. in Anthropology and History from the University of Michigan. His research concerns issues of labor, political economy, peasant communities, extractive industries, and social history.