The Left's largest victory in Colombia's October local elections came in the former paramilitary stronghold of Magdalena, where a growing progressive movement has taken control of both the capital city and governorship for the first time. 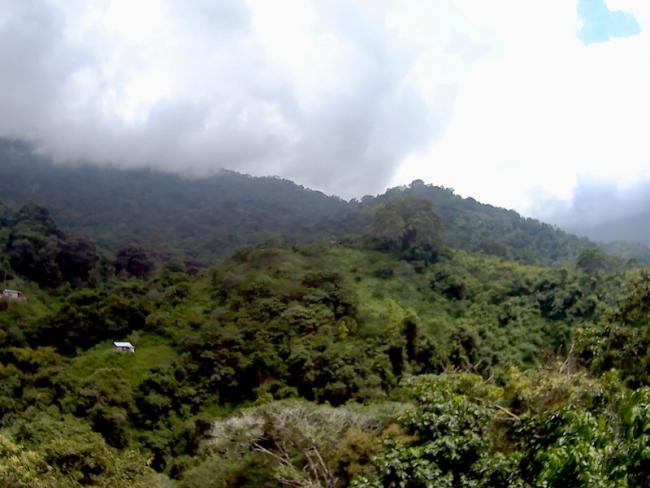 On October 27, Colombians went to the polls to elect new governors and mayors in what many see as a referendum on the administration of right-wing president Iván Duque and the powerful regional political families that support him. In major cities like Bogotá, Medellín, and Cali, voters rejected politics as usual and put alternative candidates like Claudia López and Jorge Iván Ospina in office.

However, one of the most significant progressive gains came in the least likely of places: the coastal department of Magdalena. There, a growing political movement, Fuerza Ciudadana, held onto the capital city, Santa Marta, while also winning control of the governorship for the first time—in both cases defeating their establishment rivals by almost two-to-one margins.

The triumph of Magdalena’s governor-elect and leader of Fuerza Ciudadana, Carlos Caicedo, marks a radical break with the past in Colombia’s Caribbean coast: a region where a small handful of traditional politicians ruled hand in hand with paramilitaries through the mid-2000s, all but eliminating the organized left. Indeed, across Colombia, alternative politicians have rarely gained control of both departmental governments and their capital cities.

As surprising as Fuerza Ciudadana’s victories might seem, they didn’t materialize overnight. Instead, they come as the culmination of nearly two decades of grassroots movement-building. If Colombia’s recent election results are any indication, progressives may have a new lease on life at the local level. But to build support and eventually govern, they will need to overcome legal and extra-legal battles every bit as daunting as the ones Caicedo and his allies have faced in Magdalena. The story of Fuerza Ciudadana shows how local oppositions can emerge against the odds, and the challenges they should be prepared to face.

Opposition Against the Odds

Twenty years ago, if a political expert were to guess where the Colombian Left might one day establish a local stronghold, the city of Santa Marta would fall at the bottom of the list. From Colombia's colonial era to the passage of its 1991 constitution, a small handful of traditional families held a virtual monopoly on political power in the city and department, trading control of the governorship and various city halls while building vast fortunes. While the advent of local elections put alternative mayors in office in cities like Bogotá, Pasto, and even neighboring Barranquilla, politics in Santa Marta barely changed at all.

To make matters worse, from the mid-1990s to the early 2000s the local Left also faced violent suppression by paramilitary groups. The parapolítica scandal—an investigation into ties between paramilitary leaders and right-wing politicians that broke in 2008—implicated more members of Congress from Magdalena than from any other department.

Faced with elite-run political machines and paramilitary violence, by the early 2000s Magdalena’s local progressive organizations had largely disappeared. "People made themselves invisible to protect themselves," explained Fabian Bolaño, a veteran Fuerza Ciudadana campaign strategist. However, at the University of Magdalena, Carlos Caicedo began to lay the foundation for a new political movement.

Caicedo, a lawyer and left-wing activist from rural Magdalena, became rector of the department's bankrupt public university in 1996. In just a few years, he won the praise of the Ministry of Education for turning it into one of the country's best. At the same time, he also transformed the university into an enclave of opposition. As Fuerza Ciudadana leader Carlos Payares described, the university "became like an island" where students and faculty could speak out against Magdalena's increasingly violent and undemocratic politics.

After leading a protest vote against Magdalena’s paramilitary-sponsored governor—Trino Luna—Caicedo and a group of opposition-minded students began to meet regularly, adopting the name "Fuerza Ciudadana.” “We were the only opposition," Caicedo explained. Opposing Magdalena’s traditional political class came with its consequences. In 2007, Governor Luna pressured the local comptroller's office to investigate Caicedo for corruption, placing him under house arrest.

It would take almost five years for a Bogotá appeals court to clear Caicedo's name, eventually ruling that he had been wrongfully convicted. But those years did not go to waste. From his home, Caicedo began to plan an ambitious agenda of reforms for Santa Marta. Shortly after his release, he entered the running for the 2011 mayoral election with the slogan, "If we did it in the University, we can do it in Santa Marta.” Then he took his campaigns to the streets, walking Santa Marta’s marginalized barrios every day to listen to voters’ grievances and explain his reform agenda.

Esteban Hernandez, another leader in the movement, recalls that on election day, few—even among Fuerza's ranks—expected Caicedo could win: "We had seven or eight taxis that drivers lent us to bring voters to the polls, and we were watching the other side with buses and vans full of people." Yet even though Caicedo's establishment rival monopolized media coverage and engaged in widespread vote buying, Caicedo came out ahead by an impressive margin.

Most credit the election victory to a protest vote against the city's traditional politicians, who let public services collapse and infrastructure crumble. As Payares explained, "We benefited from people’s disenchantment. But that doesn't mean the next part was easy for us." For Caicedo and his allies, winning office was just the beginning. To carry out their proposed reforms, they would have to overcome a daunting series of obstacles to governance one by one.

Reforming Santa Marta and the Reaction

From his first month in office, Caicedo faced an all-out attempt by existing powers to block his ability to govern. While the recently elected city council—dominated by establishment politicians—refused to approve any budget proposal he put forward, an organized crime syndicate Caicedo had pledged to combat, the Urabeños, carried out an armed strike that shut down the main avenues of the city.

On top of these problems, the city had contracted out its basic public services and tax collection years before to private companies, tying the hands of any new administration. "The department was captured by mafias," Caicedo summed up, "and we didn't have the council members or the public administration at our service."

Nonetheless, Caicedo and his team used a set of innovative strategies to achieve governability. First, although the city council continued to stonewall Caicedo's access to the municipal budget, he launched and won a legal battle to take back control of local tax collection. At the same time, his administration organized dozens of public works committees. By bringing together neighbors to help plan small projects like roads and parks, these groups both kickstarted infrastructure projects and generated bottom-up pressure on city council members: either go along with Caicedo's popular proposals, or risk getting voted out by increasingly well-organized constituents.

As the 2015 local elections approached, electoral pressure on city council members kicked in and Fuerza Ciudadana finally assembled the majority support necessary to govern. What followed was an explosion of public works and new social programs, from dozens of new parks, roads, schools, and property titles to "Equity Fairs” that brought health and education services directly to low-income residents. Campaigning on the promise to continue with the reforms, Caicedo's successor, Rafael Martínez, won a second term for Fuerza Ciudadana with the highest vote in the city's history.

As mayor, Martínez completed many of the public works and programs Caicedo had started, becoming the third-most popular mayor in Colombia. At the same time, Caicedo built Fuerza Ciudadana's presence on a regional—and then national—scale, organizing support for the 2016 peace agreement referendum and later for his 2018 presidential bid. As the movement's national profile rose, however, its battles at home only intensified.

Colombia's institutions of public control are set up to investigate and punish administrative wrongdoing. Perhaps because at the local level they are appointed by department and city elected officials, however, these accountability institutions have tended to bias their investigations toward alternative local politicians, sometimes leading to removal from office. Magdalena is no exception. In 2018, the Attorney General's office opened an investigation targeting Martínez on suspicion of irregular public contracting that placed him under house arrest in March of this year. Although Fuerza Ciudadana was entitled to submit a shortlist of interim mayors from its own ranks, President Iván Duque exploited a loophole in the law to temporarily install an appointee of his own: ironically, his National Secretary of Transparency, Andrés Rugeles.

As soon as he arrived to city hall, Rugeles dismissed almost all members of Fuerza Ciudadana's cabinet and led the National Directorate of Intelligence on an exhaustive search of city records for evidence of wrongdoing. The takeover, falling just months before local campaigns were to begin, delivered a serious blow to Fuerza Ciudadana. While none of its leaders have been convicted of corruption, some worried that losing city hall might shake their constituents' confidence in the integrity of the movement.

In the end, the intervention from Bogotá produced the opposite effect. In July, a judge revoked Martínez's house arrest sentence and returned him to office, leading many in the city to celebrate what they saw as an end to unfair outside meddling. At the same time, Fuerza Ciudadana launched its candidates: movement leader Virna Johnson for mayor of Santa Marta and Caicedo for governor.

If retaining Santa Marta’s city hall began to seem increasingly likely, winning the governorship looked like a longshot. As several movement strategists commented, campaigning in rural Magdalena came with its own set of challenges, from entrenched patterns of vote-buying to intimidation by ex-paramilitaries. Regardless, in the months leading up to the October vote, Caicedo and his caravan appeared in a different municipality of the department almost every day. As Payares explained, "What we have learned is that you can't leave politics up to fate.”

On October 27, as votes came in, the results quickly became clear. While Johnson won in Santa Marta with the city’s highest ever vote count, Caicedo captured nearly sixty percent of votes in the department and came out ahead in 26 of Magdalena’s 32 municipalities. Barring the very real threat that Magdalena’s traditional politicians find a way to push forward open investigations against Caicedo, he and Johnson will become the first alternative politicians to hold both posts in any department on the Caribbean coast: positions that will allow them collaborate to carry their inclusive model of governance beyond Santa Marta’s city limits.

Colombia’s latest local elections paint a mixed picture for progressive forces. Traditional politics prevailed in many departments, and by any standard Magdalena figures as an outlier. Still, if the polls serve as any indicator, elite-controlled regional machines might be starting to break down, opening up space for new progressive movements. Whether or not such movements can take advantage of these opportunities and survive is uncertain. To the extent they follow Fuerza Ciudadana’s playbook, they may stand a good chance.

Will Freeman is a Politics PhD candidate at Princeton University, where he studies local democracy and political opposition in Latin America.