Revisiting the Battle of Culiacán

Commentators claim that the release of Ovidio Guzmán is a sign of weakness from López Obrador, but targeting the leadership of criminal groups has been disastrous for Mexico. 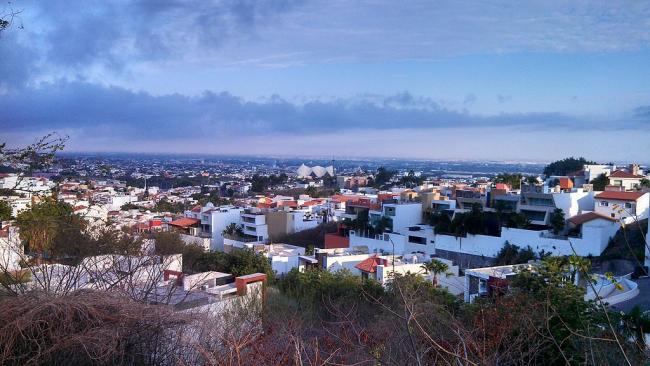 On October 17, Mexican security forces captured the son of “Chapo” Guzmán in Culiacán, the capital of the state of Sinaloa. After a rapid mobilization and display of force by armed members of the Sinaloa Cartel, Ovidio Guzmán was released. Mexico’s president, Andrés Manuel López Obrador, defended this decision by claiming that he prioritizes preventing violence over arresting crime bosses. Political commentators and security experts decried this decision as a sign of weakness, which cedes control of the country to organized crime. Such arguments could push López Obrador back towards the unsuccessful tough-on-crime policies of his predecessors.

Since the declaration of war on narco-trafficking in 2006, a central tenet of security policy in Mexico has been the “kingpin strategy” of arresting or killing the leaders of criminal networks. This policy has eliminated many criminal figures, but according to several studies, it has directly increased violence. Criminal networks often stage violent responses to the capture of their leaders, but Culiacán marks the first time that a president has explicitly approved of the release of a crime boss in response to these tactics. While this decision reflects growing recognition of the high costs of the kingpin strategy, the accusations of weakness, coupled with renewed calls from the U.S. for a hardline response to organized crime, exert pressure on López Obrador to continue with the failed policy, for the sake of demonstrating that his government can handle violent crime.

Capture and Release in Culiacán

On the afternoon of October 17, word spread around Culiacán that one of the sons—at the time it was not clear which son—of “Chapo” Guzmán had been detained. In response, heavily armed members of the Sinaloa Cartel took to the streets. Videos from the time show, for example, an unmarked white truck with a heavy machine gun mounted on the tray cruising an empty street. Reports followed of buses torched and blocking major streets, of columns of smoke interrupting air traffic, of a prison break that freed 50 inmates, and of the deaths of one civilian, one soldier, and several gunmen. Photos soon circulated showing Ovidio Guzmán in the custody of security forces.

It took several hours for a clear account of events to emerge. The Secretariat of Security and Civilian Protection claimed that Guzmán was apprehended during a routine patrol, but this was quickly discredited by video showing a coordinated military operation at Guzmán’s house. By the late evening, journalists reported that Guzmán had indeed been captured in a military operation, but was released after a standoff between the captors and more numerous cartel gunmen.

At his daily press conference on the morning of October 18, López Obrador clarified that his security cabinet made the decision to release Guzmán and that the president supported the decision. López Obrador was clear that his cabinet made the decision in response to the threat to the lives of civilians, and of the soldiers involved in the operation, stating, “the capture of a criminal cannot be worth more than the lives of people.”

Political commentators and security experts called the government’s decision a show of weakness, a capitulation to organized crime. Some called the events a “mass insurrection,” drawing comparison to insurgency in Syria, and reviving the tired idea that organized crime threatened to topple the state. Some saw in the decision a precedent that would “give up the legitimate power of the state,” or that made clear that the cartel rules Culiacán. These criticisms join growing calls for hardline security policies—including the threat of U.S. military operations—in response to a series of brutal attacks on civilians and security personnel in October and November.

Reactions To The Kingpin Strategy

During Calderón’s presidency, security forces killed or captured 25 of the 37 “most dangerous” crime bosses. The administration publicized its successful operations, as proof that it was winning the war on narco-trafficking declared by Calderón. Crime bosses such as Édgar “Barbie” Valdez and Vicente Zambada Niebla were paraded before the media in handcuffs, flanked by soldiers wearing ski masks and carrying automatic weapons.

Despite these high-profile arrests and deaths, violence and drug trafficking in Mexico only increased. Peña Nieto denounced the kingpin strategy for its failure to restore security, but his administration continued with the same policy. The government drew up a list—initially in secret—of 122 priority crime leaders, and killed or captured 110 of these during Peña Nieto’s term. The appeal of being able to tweet out “mission accomplished” after the (second) arrest of Chapo Guzmán outweighed the real concerns over the collateral damage caused by this strategy.

In 2017, marines killed the leader of the Tlahuác-Chalco Cartel in Mexico City. Members of the gang responded by hijacking and setting fire to buses at major intersections. Known as a narcobloqueo, this practice is relatively common in response to the death or arrest of a boss, and is used to demonstrate the ongoing strength of the group by creating as much disruption as possible, even when the leader cannot be rescued.

In 2012, security forces captured Nemesio Oseguera Cervantes, the head of the Jalisco Cartel and now one of the most wanted men in Mexico. His followers responded with narcobloqueos in towns across two states. Oseguera was released within hours, on the orders of the governor. Unlike the Culiacán case, however, this release resulted from corruption within the state government, rather than violence in the streets.

The Kingpin Strategy Does Not Work

By the end of Calderón’s term in office, it was clear that targeting criminal leadership had not diminished the drug trade nor decreased violence. Research in the ensuing years demonstrates that not only has the strategy failed to improve security, but that targeting leadership directly increases violence.

Brian Phillips, a senior lecturer at the University of Essex, demonstrates that leadership targeting leads to long-term increases in violence, but might cause short-term decreases. These decreases, however, only occur when leaders are arrested instead of killed, and only applies to the arrest of mid-level leaders, not major bosses. Another team of researchers found similar results, and discovered that killing or capturing a crime boss causes more violence even in areas beyond the boss’s territory, and that the increasing violence is not limited to organized crime. When a boss is removed, general violence in society increases.

Why would this be the case? Criminal groups respond to changes in illicit markets. Removing the central figures of authority in these markets does not decrease the incentive to engage in illicit activities, but does create opportunities for rival groups—or former allies—to move in on the turf of the fallen boss.

For example, after marines killed Arturo Beltrán Leyva in 2009, his organization fragmented into warring factions. Former lieutenant Édgar Valdez created the Independent Cartel of Acapulco, and battled Arturo’s younger brother Hector Beltrán Leyva, who created the South Pacific Cartel. Both Valdez and Hector Beltrán Leyva were arrested within a few years, leading to fragmentation of these new organizations, which resulted in a slew of groups including the Hand With Eyes, the New Administration, Guerreros United, and the Union of Tepito, all contesting the turf once under the control of Arturo Beltrán Leyva.

Like his predecessor, López Obrador claims that the kingpin strategy does not work. Whether López Obrador breaks decisively with the security policy of previous administrations remains to be seen. On one hand, his administration’s willingness to prevent insecurity rather than claim the empty victory of another “mission accomplished” shows recognition that the kingpin strategy has caused real harm. On the other hand, the badly managed operation to capture Guzmán suggests that a sector of the security forces in Mexico—backed by powerful allies in the U.S.—is pushing to continue targeting criminal leadership.

The clamor from experts claiming that Guzmán’s release is a sign of weakness threatens to push policy away from the fact that kingpin strategy does not work, and back towards the idea that the kingpin strategy looks strong. Such arguments punish any policy that is not equally or more hardline than its predecessors, and have locked countries throughout Latin America into cycles of militarized security policy. The arguments also overlook the range of factors contributing to violence in Mexico, including the flow of guns from the United States. With Trump now calling for a renewed war against organized crime, policies such as the kingpin strategy will be a tempting method of demonstrating López Obrador’s strength, albeit at a high cost for the Mexican people.

Violent reprisals are already a common response to military operations. The idea that the release of Guzmán will embolden organized crime thus misses an essential point: Organized crime is already bold when its leadership is threatened. This line of argument also presupposes that the kingpin strategy will continue. There would be no threat of violent reprisals if security policy decisively changed course, emphasizing violence reduction and the restorative justice that López Obrador championed during his election campaign.

Philip Luke Johnson is a doctoral candidate in political science at the Graduate Center, City University of New York. His dissertation research looks at organized crime and the media in Mexico.