Radical Cities in Latin America: Past and Present

Read the Editor's Intro to our latest print issue of the NACLA Report, Radical Cities, focused on municipalism, housing movements, and local radical democracy in Latin America, from Mexico City to Montevideo. 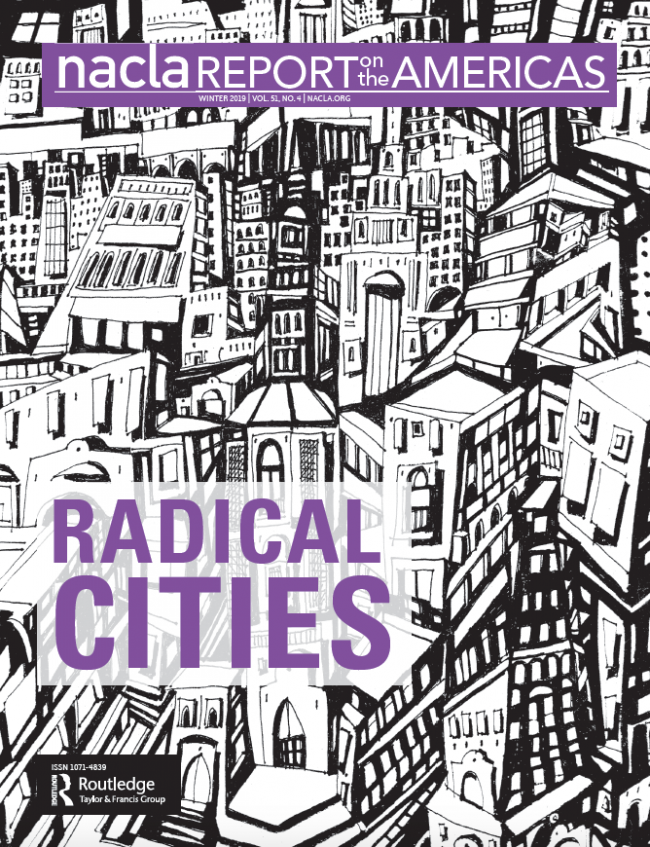 Even before Hugo Chávez and Luiz Inácio Lula da Silva rose to national power and kicked off discussions of a Pink Tide, scholars and activists celebrated the municipal alternative in Latin America, where Porto Alegre’s participatory budgeting and El Alto’s cooperatives set the horizon of possibility. In an interview published in the May 1989 issue of the NACLA Report, Bill Hinchberger reflected the mood of the time by asking the new mayor of São Paulo, Luiza Erundina, what she thought of the commentary that her victory “was the greatest electoral advance for the Latin American Left since Salvador Allende.”

Historic as it was, the São Paulo win was only one of 36 electoral victories that year for Brazil’s then-nascent Workers’ Party (PT). And for the next decade and a half, hundreds of leftist administrators would sweep into power in cities across the continent. These ranged from large capital cities like Caracas under the Radical Cause party, to industrial-belt cities like Rosário in Argentina under the Socialist Party, to rural municipalities like Icapuí in Brazil under the PT. When the Pink Tide governments won national power in the early 2000s, they had already rehearsed their strategies in nearly every country at the local level.

Many have remarked that those national victories brought to presidential power a remarkable cohort of activists—a diorama of the 20th century Latin American Left, in historian Greg Grandin’s words—including union leaders, radical Indigenous activists, former guerrilla fighters, and liberation theologians. Much less appreciated is how prior experiences in power at the municipal level underwrote, and indeed prefigured, much of the Pink Tide’s politics.

The story of radical cities in Latin America begins in the 1980s. As Margaret Thatcher proclaimed “there is no alternative” to free markets, socialist activists in Latin America explored ambitious experiments in collective local self-governance. In Villa El Salvador in Peru, for example, self-organized land occupation transformed the pueblo joven or shantytown on the outskirts of Lima into a legally recognized residential district by 1983. Dozens of other cities in the region soon followed with their own creative experimentation. Around the world, those looking for municipal alternatives turned to “Red Bologna” in the 1970s and United Kingdom municipal socialism in the 1980s. But for the next two decades, Latin American experiences dominated the scene.

City dwellers faced a very difficult context in those years. Under both the austerity of the 1980s and the neoliberal stability of the 1990s, urban services suffered as the population of the the region’s cities doubled. Displaced rural populations strained housing stocks and labor markets, while the wealthy barricaded themselves in gated communities and exclusive shopping malls. Yet, from Montevideo to Mexico City and from Santos, Brazil, to Ilo, Peru, nearly every country in the region developed important examples of radical local governance.

Continue reading the rest of this this article and the other content from this issue here.

Gianpaolo Baiocchi is an activist and scholar based in New york City, where he directs NYU Gallatin's Urban Democracy Lab. His most recent book is We, The Sovereign.