Bolivia’s Plurinational Healthcare Revolution Will Not Be Defeated

Under the Morales administration, Indigenous healthcare beliefs and practices stepped out from long shadows cast by colonialism and racism. Those achievements are now under threat. 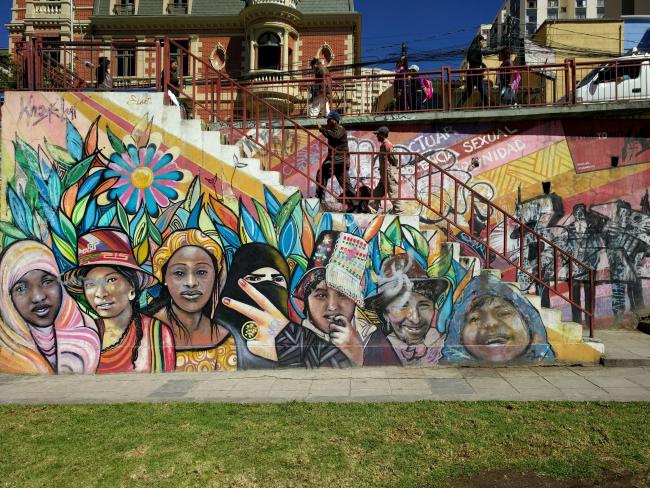 Since Evo Morales’s forced resignation on November 10, the already contentious and complex process of recognition, institutionalization, and integration of Indigenous health beliefs and practices into the Bolivian public healthcare system has been thrown into doubt. Millions of Bolivians fear their cultural practices and beliefs might yet again be erased from everyday life.

Approximately 40 percent of Bolivians identify as members of one of 36 recognized Indigenous groups, according to 2012 census data. Indigenous populations, social movements, and coca growers, propelled Morales’s democratic election in 2006, 2009, and 2014.

During his presidency, Morales embraced Indigenous culture and symbols: public works projects like La Paz’s much-celebrated elevated cable car system were given Quechua and Aymara names; Indigenous artwork adorns public works projects, including the newly constructed presidential residence known as the Great House of the People; and the multi-colored checkered Wiphala flag, which signifies the country’s ethnic diversity, was flown alongside the red, yellow, and green Bolivian national flag in government buildings and at state events.

While critics, including some former Morales supporters, argue this symbolism did not fully translate into policy decisions informed by Indigenous perspectives—such as in the case of the TIPNIS conflict and increased hydrocarbon extraction—interim President Jeanine Añez’s contrasting disdain and disregard for Indigenous culture is evident. A staunchly conservative Catholic, Añez has a history of culturally insensitive and racist language. In a since-deleted tweet, Añez remarked on the Andean new year, a day Bolivia’s Indigenous populations consider to be sacred, “Satanists, nobody replaces God.”

And, despite the Bolivian constitution proclaiming the country to be secular, on November 12, Añez entered the government palace with an oversized Bible in hand, proclaiming: “Thanks be to God. He has allowed the Bible to return to the Palace.”

Videos of anti-Morales protesters burning the Wiphala and police and military members ripping it from their uniforms infuriated Indigenous Bolivians. Añez also sparked sharp criticism over the lack of diversity among her early hand-picked cabinet members; she has since named a couple of Indigenous persons to top government positions.

Most egregious in the aftermath of Morales’s ouster is the indiscriminate killing of approximately 30 peaceful protesters, many Indigenous. The military opened fire after Añez issued a decree exempting the army and police from criminal responsibility for actions taken to restore order; after much internal outcry and international pressure, the decree has since been annulled. Some commentators have drawn comparisons to previous “Indian massacres,” including the Gas War of 2003 that eventually led to the ouster of disgraced and exiled former President Gonzalo “Goni” Sanchez.

For many, Añez stokes fears of colonialism and repressive dictatorships that long silenced Indigenous cultures.

“That moment [that Añez held up the Bible in the government palace] was like a dagger to many Bolivians who have worked to make Bolivia a plurinational and secular state, which she has disrespected,” said Lidia Valdivia,* an Aymara protester in La Paz.

Maria Huanca, an Aymara community leader who participated in a roadblock near La Paz, summarized a widely shared sentiment about these persistent racial and class divisions: “The clear reality is that there exist two Bolivias: one Indigenous that, though it is acknowledged, still is fighting for recognition and its existence, and the other with all the abuse of power, not only economic power, but a classist power that misuses academic knowledge.”

An Incomplete Revolution in Intercultural Health

Indigenous and poor Bolivians ostensibly have gained the most during Morales's three terms in office. Under Morales, Bolivia cut extreme poverty in half, established successful conditional cash transfer programs, and decreased economic inequality.

In a nod to the country’s ethnic diversity and colonial past, Bolivia’s 2009 Constitution declares the country’s transition from a republic to a plurinational state that is free of racism and discrimination. Article 18 guarantees the right to health and to a free, intercultural, and participatory universal healthcare system. It’s a rebuke to the colonial and neoliberal eras that excluded poor and Indigenous people from accessing and participating in the public healthcare system.

In 2008, Morales announced the Family, Community, and Intercultural Health (SAFCI) model to accomplish the new constitution’s goals. SAFCI marked a paradigmatic shift, in part because it explicitly attempts to decolonize an unequal public healthcare and medical system long dominated by Western biomedical perspectives and practices. 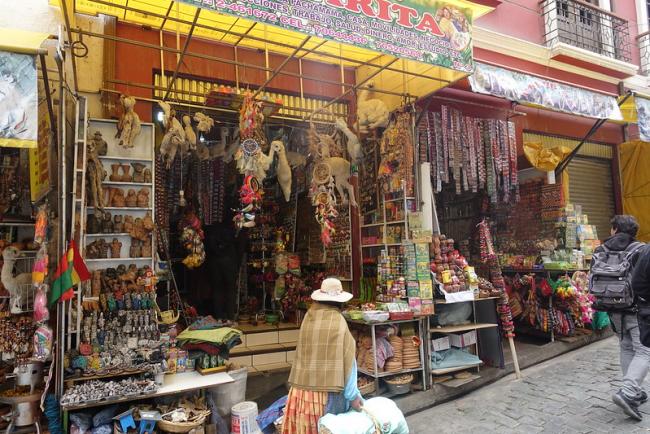 According to physician and researcher Dr. Mateo López, SAFCI “recovered the dignity of Indigenous peoples as full citizens in the country.” However, López offered a sobering perspective about Bolivia’s advances in interculturality: “Above all, we must recognize that the greatest progress in health is in writing policies. In practice, the advances are relatively little.”

David Quispe, an Indigenous healer and leader of a group of healers, reflected on some of the advances in intercultural health care. “Traditional healers have become visible and renowned, we achieved a traditional medicine law and other documents, ministerial positions,” he said.

Today, traditional healers are contracted to work in public clinics and hospitals across Bolivia, particularly in rural areas. In La Paz, municipal officials fund the Qullañ Uta Traditional Medicine Center. A second center opened last year in El Alto, Bolivia’s second-largest city, where more than eight in 10 inhabitants are Indigenous. These advances were unfathomable prior to Morales.

In focus groups completed in 2018, Indigenous healers expressed feeling misunderstood, underappreciated, and poorly integrated into the local health system. “Medical doctors don’t take us seriously. They kick us to one side, right? I say that we should be equal because we cure people too. Although we don’t have a medical degree, we cure people like they do,” shared an Indigenous healer. Another commented: “Colleagues are working in some hospitals…but in many [traditional medicine] doesn’t exist. It’s said there’s a fear, an apathy…our fight is that we integrate, that the health system sees us as equals, pays us equal to academic doctors.”

Unawareness and mistrust of Indigenous medicine pervades some Bolivian universities, too. This complicates efforts to change the mentality of the next generation of healthcare professionals.

Morales’s departure, the ensuing protests, and the rise of Añez have only amplified divisions within the healthcare system. Fernando Vargas, a medical doctor in the government, noted: “Morale has lowered among my colleagues that dedicated themselves to the application and implementation of the SAFCI model….some have resigned…others are taking in stride the low morale.”

The Morales administration’s healthcare reforms, however imperfect and unfinished, were welcomed by the impoverished and Indigenous majority. Añez’s supporters, the middle- and upper-class social and political elite, largely detested them.

Elections will be held by March. If a conservative candidate wins the election, Bolivia’s intercultural healthcare system will likely regress. “I don’t think there would be a dramatic plot to overturn everything from one week to the next, but a gradual phasing out would be the most likely scenario, going back to the old status quo,” said Professor Flores.

The November elections and anti-coup protests in La Paz and El Alto demonstrated Morales’s enduring strength at the ballot box. Members of the MAS Party hold approximately two-thirds of congressional seats and will steadfastly oppose changes proposed by the interim Añez government.

Dr. Pablo Mamani, a physician who held a government position early in Morales’s administration, is cautiously optimistic. “The people have already approved SAFCI and the Single Health System. So [a new government] will not be able to take it away regardless of whether Evo returns or not. I think that the commitment must be deepened…it must be improved. This is an achievement because the people have awoken.”

Similarly, Dr. Vargas implored the new leaders to focus on SAFCI’s achievements. “If a [candidate] from the Right or the Left wins, they should look toward the results and indicators like the impact on maternal and child mortality, which have decreased since the application of the [SAFCI] model.” He added, “We hope that the government that enters grounds itself in the results obtained and doesn’t change the essence of the [SAFCI] program.”

Quispe, the Indigenous healer and leader, remains optimistic about the future of traditional medicine in Bolivia. In discussing the possibility of Evo Morales returning to Bolivia, he referenced Aymara liberator Tupac Katari’s famous declaration: “I will return and there will be millions of us.”

“[Evo] is not alone,” he added. “There are many, many that are going to give support.”

*All names throughout are pseudonyms at interviewees request due to fear of reprisal. Interviews were conducted November 25-December 2, 2019; focus groups were conducted in June 2018.

Chris Hartmann, PhD, is an Assistant Professor of Public Health at SUNY Old Westbury. His research interests include social medicine and environmental justice in Latin America and the United States.