Closing its doors after over half a century of promoting internationalism from Havana, the Organization in Solidarity with the Peoples of Africa, Asia, and Latin America leaves a historical and artistic record of unprecedented Third World solidarity. 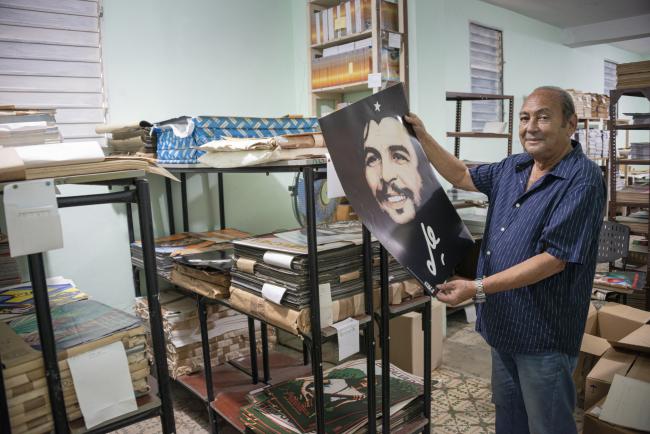 As Eva Duménigo catalogued and packed up posters, Santiago Feliú took book boxes out of his office, and Patricia Reyes selected the magazines to be sent elsewhere, their faces showed resignation, a strong sense of sadness, and nervousness. They faced uncertainty about the future of their jobs and about where the graphic and documentary material at the heart of their work would end up. “We must hurry,” Eva told us on June 6, when she shared the news that the Cuban government would make public just days later. On June 11, the government announced its decision to close the Organization in Solidarity with the Peoples of Africa, Asia, and Latin America (OSPAAAL), stating that “the organization has fulfilled its foundational mission of standing in solidarity with the struggles of Third World countries in their battles for decolonization and of promoting unity around the just causes of their peoples.” Thus ended 53 years of history of the main international organization that advocated for revolution in these three regions of the world.

OSPAAAL was born at the First Tricontinental Conference held in Havana in 1966, where delegates from national liberation movements and political parties from Africa, Asia, and Latin America met for the first time. The common identity they shared was their firm position against colonialism. In Latin America, movements saw the need to combat new forms of domination, namely U.S. neocolonialism, to achieve the creation of autonomous socialist governments that would also be independent of the Soviet Union. As a result of the Tricontinental Conference, OSPAAAL’s initial main objective was to coordinate revolutionary organizations worldwide. It defined various strategies to carry out political solidarity and justify insurrectional paths of struggle, in which the development and design of promotional materials became essential.

The organization’s main communication tools were the Tricontinental magazine, published in Spanish, English, French, and Arabic, as well as posters that were folded inside the publication. The magazine had great political and theoretical importance since it published alternative information not reported in large press agencies. In turn, the posters quickly became iconic. The reasons are many, but a few stand out. On the one hand, the publication collaborated with well-trained and highly creative artists with a strong political commitment to the project. On the other, the organization made an effort to promote a global cause that the majority of society could easily identify with—the so-called liberation of the Third World—despite the many differences between the various countries that made up OSPAAAL. Thanks to ingenious images and succinct slogans in four languages, Tricontinental’s posters managed to easily cross all kinds of borders.

Our visit to Havana, which we made to compile documentation on Cuba’s relations with countries of the Middle East and the Mediterranean, coincided with the closure of OSPAAAL. This allowed us to directly witness of the process of dismantling its beautiful headquarters, located in the historic neighborhood of Vedado, an area full of stately, neocolonial-style houses, just a few blocks from the Plaza de la Revolución. 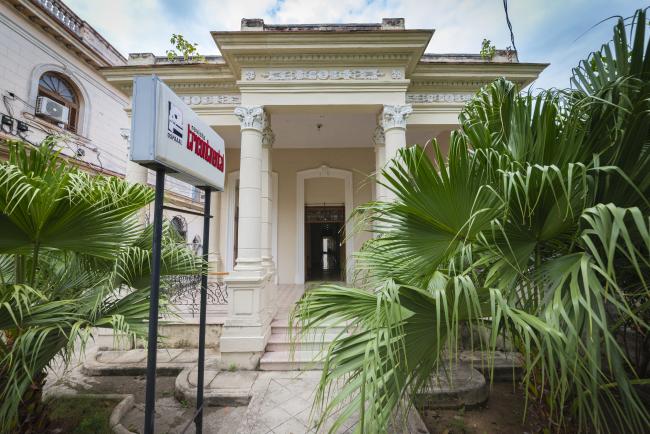 Within a short time, the office transformed completely. During the first days of our stay, the space and its daily routine remained intact, as the staff completed their tasks and received visitors with enthusiasm. Virtually in the blink of an eye, the organization removed computers, created an inventory of the archives and materials in storage—there were still hundreds of copies of the Tricontinental magazine and posters, and dozens of books, DVDs, and other objects—dismantled the library, and donated a good part of graphic archives to several embassies of allied governments, especially of countries that were part of the solidarity cause at some point. Officials went from one place to another to be able to complete everything needed for the closure on time. The telephone calls were constant, as were the visits of political figures and public employees from other state agencies.

Given the importance of the history we were witnessing, we decided to create a record of what was happening. We took photographs and conducted interviews—possibly the last ones before OSPAAAL’s closure. These visual and oral testimonies help to reflect on the historical, political, and cultural legacy of the organization. In addition, the political reach and worldwide diffusion of its communications—posters, archives, magazines, and other publications—demonstrate the documentary value of its work. Taken together, the work of OSPAAAL complicates the predominant, simplistic narrative of Cuban political strategy that has prevailed abroad for years.

Cuba and the Cold War, Beyond Washington and Moscow

Both in university courses and textbooks on contemporary world history, Cuba is usually associated with three events: the revolution’s 1959 overthrow of Fulgencio Batista, which led to the establishment of a socialist regime aligned with the Soviet Union; the invasion of the Bay of Pigs by a group of Cuban exiles, organized and financed by the CIA; and the October 1962 missile crisis. With this simple story, Cuba’s recent history would seem to be little more than a footnote to the Cold War and the confrontation between the United States and the USSR. However, entering the 21st century, historians including Tanya Harmer, Vanni Pettinà, Christine Hatzky, Piero Gleijeses, and Blanca Mar León Rosabal, among others, have begun to offer new reflections on Cuban post-revolutionary history, emphasizing the country’s autonomy and capacity for action. These analyses have shown that during the 1960s and 1970s, Cuban foreign policy was extremely complex. The revolution sought its own identity, which manifested in diverse international alliances that were not limited exclusively to the USSR or other socialist countries. Cuba directed its efforts more specifically at establishing its own dynamics through links with the Non-Aligned Movement, created in Belgrade in 1961, and countries that made up what was then called the Third World.

Translated from Spanish by Vaclav Masek.

Eugenia Palieraki is an Associate Professor in Latin American Studies at the University of Cergy-Pontoise in France. Her current research interests focus on political connections and the circulation of revolutionary ideas, practices, and activists between Latin America and the Mediterranean. Her latest monograph is ¡La revolución ya viene! El MIR chileno en los años sesenta (LOM Ediciones in Chile, 2014).