An Uncertain Way Forward for Peru

Four months after Peruvian president Martín Vizcarra dissolved Congress, Peruvians went to the polls on Sunday. The results are murky. 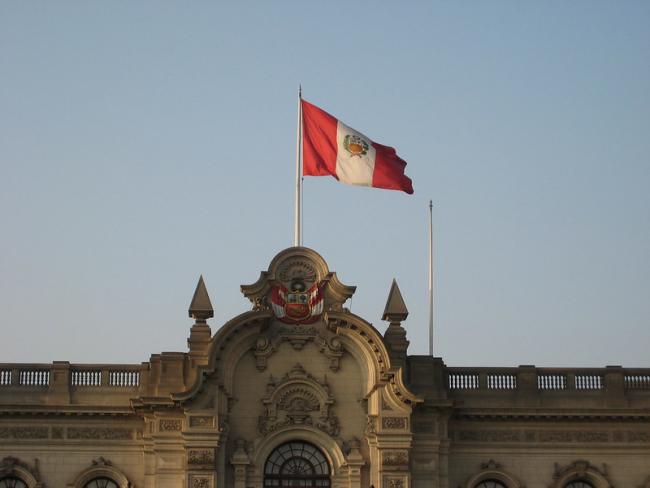 On Sunday, Peruvians went to the polls for a special congressional election, which was triggered by President Martín Vizcarra’s dissolution of Congress in late September following a series of constitutional standoffs between his administration and a majority bloc of fujimorista legislators belonging to the Fuerza Popular (FP) party. Resounding popular support for the measure, however, did not translate into an enthusiastic electorate as poll after poll throughout the election cycle confirmed a rejection of not only fujimorismo, but electoral politics in general. Voter participation also continued an alarming downward trend. Now, as the final votes are counted, Peruvians are confronted with the most pluralistic Peruvian legislature of the post-Fujimori era.

Of the 21 political parties that participated in this weekend’s election, nine met the required threshold to be allocated a portion of the 130 seats in Congress. Of those nine, most had maintained a consistent ranking in the polls, with several parties appearing to be on the cusp. The evangelist party Frente Popular Agrícola del Perú (FREPAP) was not among them. Yet poor polling numbers and an almost nonexistent digital campaign did not stop the party from overachieving at the ballot box.

This prompted significant interest into the relatively unknown origins of FREPAP, which represents the political wing of a religious movement called the Asociación Evangélica de la Misión Israelita del Nuevo Pacto Universal (AEMINPU). Founded in 1968 by Ezequiel Ataucusi Gamonal, AEMINPU syncretizes elements of Christianity and Inca religion. Believing in an Andean messianic savior, the group is modeled on the agrarian society of the ancient Israelites. Before this election, Frepap, which Ataucusi Gamonal founded in 1989, had only seen limited success in electoral politics.

While it remains to be seen how the political establishment and competing factions in Congress will reckon with the presence of FREPAP on the national stage, the party has already made a few pronouncements, including a swift dismissal of an early overture from Fuerza Popular, as well as an affirmation of their conservative religious values. On the other hand, a moral imperative to tackle corruption and impunity appears to be a good sign for the Vizcarra administration, which will continue to push political reforms that stalled during the previous legislation session.

Also exceeding expectations was Unión por el Peru (UPP), a party founded by ex-UN Secretary General Javier Pérez de Cuéllar in the mid-90s. With backing from Virgilio Acuña, brother of business magnate and politician César Acuña—whose Alianza para el Progreso party also had a strong showing this election—the UPP’s success now puts in motion a plan to free Antauro Humala, brother of former president Ollanta Humala. Antauro, who was arrested in 2005 after leading a violent uprising against then-President Alejandro Toledo, is the figurehead of an ethnic national movement. If amnesty were to be granted, it would also open up the possibility of a presidential run in 2021.

The surprising success of Frepap and UPP should have been the best case scenario for Solidaridad Nacional (SN), a conservative right-wing party where some of the more fundamentalist and divisive figures within Fuerza Popular had found a comfortable home following the dissolution of Congress. Yet despite campaigning behind virulent displays of racism, xenophobia, misinformation, and ad hominem attacks, a political movement modeled after the current wave of right-wing populism in countries like neighboring Brazil failed to garner support in the pre-election polls and at the ballot box.

Though the success of nationalist and evangelist parties warrants concern for more alarming trends on the horizon, center-right neoliberal parties remained the default option for most voters.

Acción Popular (AP), for example, won the most seats with just over 10 percent of the vote. This came as no surprise. For months, AP, a traditional party founded in the 1960s by former president Fernando Belaúnde Terry, maintained a slim margin in the polls. After the release of preliminary results, party leaders were quick to suggest that the party would work toward building consensus, in a nod to the coalition-style politics that will dictate the next legislative session. For center-right Partido Morado (PM), recent controversies surrounding legislative candidate Daniel Mora and party founder Julio Guzmán may have contributed to a slight underperformance in accordance with earlier polling numbers.

Partido Morado and Acción Popular, along with Podemos Peru and Alianza para el Progreso, all fall somewhere along the right, neoliberal spectrum. As does Somos Peru, which will likely throw their modest support behind the strongest voting bloc in Congress. Each of these parties stand to benefit from any working partnership with their colleagues and with the Vizcarra administration, insofar as political reform remain a priority for the next legislative session.

Fuerza Popular (FP), which won a record 73 out of 130 congressional seats in the 2016 general election, had seen its support steadily decline as a result of the party’s role in forcing the resignation of president Pedro Pablo Kuczynski, and then obstructing the legislative agenda of his successor, Martín Vizcarra. To what extent this negative image would result in the loss of seats in Congress was among the most anticipated outcomes of the election.

FP responded by closing ranks around members of the old guard of the Fujimori era by fielding familiar candidates such as ex-congresswoman Martha Chávez, who served as President of Congress and as a member of the Democratic Constitutional Congress responsible for writing the 1993 Constitution. The elder Fujimori, still in prison serving a 25-year sentence for corruption and human rights abuses, is also alleged to have taken on a greater role within the party, sparking debate as to what extent he should be allowed to participate in political affairs.

The November release of party leader Keiko Fujimori, who had been held in pre-trial detention as investigators looked into her ties to the Odebrecht corruption scandal, was perceived as a boost for FP despite her declining popularity. Wary of an immediate return to the spotlight, Keiko then signaled her intention to temporarily distance herself from politics. On Tuesday, however, a judge ordered her to return to pre-trial detention for a period of 18 months, adding further doubt to the FP’s future. Regardless, the party will look to rehabilitate its image, though it’s unclear what opportunities will be available given FP’s diminished influence and pariah status within Peruvian politics.

Meanwhile, APRA, which maintained a tacit alliance with Fuerza Popular legislators, shared an even worse fate this election cycle, winning no congressional representation. The loss of Alan García, a two-term president and larger-than-life figure who committed suicide in Arpil of 2019 amid a corruption probe, was certainly a blow to APRA, one of the most enduring political institutions within Peru. Still, APRA kept a consistent presence in the Peruvian legislature for over 60 years, which made Sunday’s results historic.

Despite eagerly pushing for the dissolution of Congress, political parties on the Left appeared to stumble out of the gate during this election cycle. In October, an alliance between Nuevo Perú (NP), Juntos por el Peru (JP), and Peru Libre quickly fell apart, thus continuing a trend of fragmentation among the Left. The miscalculation also led to the resignation of several rising stars within Nuevo Peru, including Tania Pariona Tarqui, Indira Huilca, and Marisa Glave.

Nuevo Peru party leader and third place candidate in the 2016 presidential election Veronika Mendoza attempted to downplay the split, saying that she expected to work with her former colleagues in the future. That may have to wait until 2021 as official results show that Nuevo Peru and Juntos por Peru appear to not have met the electoral threshold, contrary to preliminary results. The disappointing performance scales back the impressive gains made by Nuevo Peru in the 2016 elections. Leftist coalition Frente Amplio, on the other hand, modestly improved upon their previous performance at the ballot box. As always, the goal of a more unified Left will be essential going forward.

Assuming Vizcarra will not seek reelection, as he has stated on numerous occasions, the president will have 18 months to work with the new Congress ahead of the general election in 2021. Seeing as how Peruvians have grown weary of their fraught political process, a more productive legislative session is the best case scenario for both sides.

While the diminished influence of Fuerza Popular and APRA should help ease tensions, coalition-style politics will present its own unique set of challenges. On the other hand, Vizcarra’s crusade to reform the political system, echoed by many of the political parties vying for seats in Congress, comes with the added benefit of creating distance between any parties that side with the president and a lingering resentment towards the combative politicking of Fuerza Popular.

Without a clear antagonist, however, Vizcarra will lose popular support if his political agenda once again stalls in Congress—especially after having already flirted with the authoritarian label throughout his tenure. Power moves have historically been a boon to his popularity, despite provoking concern. In October, for example, the president’s approval rating peaked at 79 percent, making a controversial measure like the dissolution of Congress a clear victory for Vizcarra. But time is running out. It may fall to the next president with a more explicit mandate to enact reform to continue what the Vizcarra administration started.

A Change is Gonna Come

If the series of constitutional crises that preceded the closure of Congress were a test of the strength of Peru’s democratic institutions to withstand corruption, obstruction, and impunity in the two decades since the end of the Fujimori dictatorship, then these new elections represent a stagnation of the political system. Electoral politics, moreover, seem inadequate for the time being. And if not broken, the current political system, which had been granted a generous reprieve amid a regional moment of upheaval, certainly needs to address the demands of the people before a broader reckoning takes place.

Ex-congresswoman Indira Huilca captured this sentiment when alluding to a lack of structural change as one of the primary reasons that voters remain apathetic to the political process. In a way, this burden fell to Vizcarra and now reverts back to Congress. Power dynamics yet to be established in Congress must engender electoral and political reforms, especially if the groundwork for more significant change is to be laid. Otherwise, the next election cycle may push Peru’s democracy to a new, yet familiar extreme.

Nestor David Pastor is a writer, musician, and translator from Queens, NY. Currently, he works with NACLA as Outreach Coordinator/Editorial Assistant and with the Latinx Project at NYU as program manager. He is also the founder of Huellas, a forthcoming bilingual magazine of long form narrative non-fiction. Follow him @ni_soy_pastor.