In Peru, the government's economic responses to the Covid-19 pandemic are ignoring social realities. 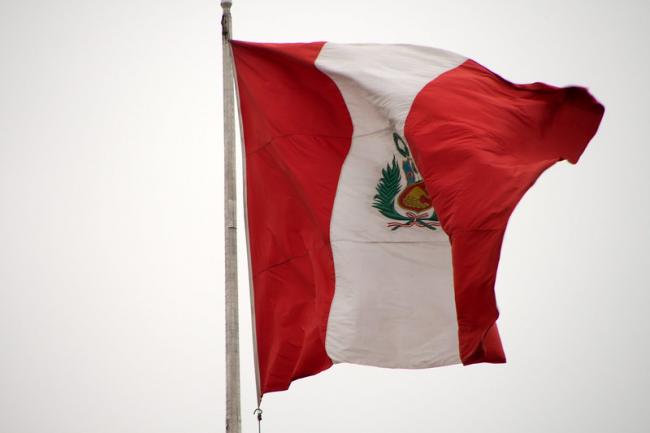 In Peru, public and private interests don’t align. While the government and the population do what’s humanly possible to stop the wave of coronavirus infection, the country’s main business association pushes to reactivate the economy. It has also criticized enforcement of public health protocols and requirements that it deems strict, calling them products of “a European country.”

Based on scientific information and international experiences, it was necessary to declare a state of emergency and enforce quarantine when Covid-19 reached Peru. The quarantine has now extended nine weeks after beginning March 16. The decision was absolutely necessary to combat the rapid spread of the virus, and for the time being, it remains the main strategy for containing it.

The measure has had immediate and significant consequences for Peruvian families. And there lies the government’s principal balancing act: keeping families in their homes and, at the same time, making sure that the structural problems of the current national model now on display don’t undermine that objective. But hunger is the number one enemy and utmost fear—greater, even, than getting infected with the virus.

Peru was already experiencing a precarious societal situation before the pandemic hit. Informality, raw materials exports, and labor relations flexibilization define the economy. In 2018, 72.4 percent of the economically active population worked in the informal sector, while 27.6 percent held formal jobs. This informal economy is concentrated in the poorest sectors, where there are workers who earn less than the legal minimum wage, such as domestic workers and independent workers in situations of self-employment, under-employment, family work, or gig work.

The preventative public health measures the government of President Martín Vizcarra implemented—before the quarantine—were adequate but not sufficient. In economic and social terms, the actions and decisions did not respond to the demands of the most vulnerable sectors of society: the poor and extremely poor, independent workers, self-employed and informally employed people, Andean and Indigenous communities, as well as indebted middle-income sectors.

To contend with the social impacts, the government first adopted a set of measures centered on attending to the most vulnerable workers. It provided basic food baskets, dispersed an initial emergency relief fund (Bono 380), and allowed workers to access their savings through their private pension funds and the Compensation for Length of Service, a kind of unemployment insurance fund that is paid for by the company in the case of termination. Accessing both are labor rights. On the employer side, the government implemented a 35 percent subsidy for payroll deductions, lines of credit with low interest rates, and remote working.

The government targeted the subsidy at large companies to alleviate the social impacts of the quarantine. Second, it extended the Bono 380—totaling $111 approximately—to 3.5 million homes selected to receive the subsidy based on their situation of poverty or extreme poverty as documented in state census and municipality records. Serious deficiencies in this data, however, made it impossible for the money to reach those who truly needed it.

Not only was the relief amount too little to cover basic family needs, but it also didn’t arrive on time, and it still hasn’t reached the millions of families in the state records. This situation has forcibly displaced thousands of families who decided to walk from Lima to their regions of origin, such as Piura, Apurímac, or Cusco. The exodus of “Los Caminantes” (The Walkers) is ongoing.

It also became clear that the government did not have the necessary tools to prevent crowds at banking centers—in the most impoverished districts of Lima, banks are on main avenues and not on each block, as it is in less impoverished areas. Feelings of helplessness and the failure to consider popular sector realities is further complicated by the fact that, for example, many people go to neighborhood markets for daily food products. Economic crisis and precarity are visible in the lack of refrigerators in peoples’ homes, overcrowding, and little access to basic services like water and sanitation. The government did not take these factors into account.

People don’t only go to the markets to buy, but also to sell and make a living. Such acts have been labelled irresponsible—and there are some irresponsible actions, as there have been in other parts of the world—and people who do not obey the quarantine face law enforcement consequences and fines. Daily media attention exposes the popular sectors’ “disregard” for the rules more than the corruption scandals in the buying and selling of supplies, sanitary materials, or medical supplies.

As the days went by, the executive power complemented its subsidy plan with a resource transfer enabling companies to access to up to $87 million in bank credit through the program “Reactivate Peru.” This announcement sparked criticism over the program’s exclusion of small- and medium-sized businesses, due to the fact that the banks—not the government—determine the interest rates.

Pressure from the National Confederation of Private Business Institutions (CONFIEP), which represents Peru’s top big businesses, resulted in the government announcing the “perfect suspension of work” for thousands of workers. This means that the government has given all companies the freedom to suspend labor relations with their workers without pay, leaving them to survive off their own savings. It is not unrealistic to say that the burden of the economic, social, and health crisis falls on the working class.

President Vizcarra recognized the failures in the rollout of the Bono 380 emergency relief fund when he became aware that people were lining up to find out whether or not they were beneficiaries. Lack of understanding of the process, delays, and poor accessibility resulted in thousands contracting the virus in these lines. Unfortunately, the government did not pay enough attention to implementation. Instead, debate centered on defining poverty and vulnerability. Implementation and targeting remain problems.

That’s why diverse leftist groups like the Nuevo Peru coalition, led by Verónika Mendoza, have proposed a universal relief fund that would disperse about $300 to every Peruvian citizen with a national identity document. The idea is to move from a focus on targeted relief to universal relief. Experienced economists insist that the measure would not end up draining the state, because a second measure accompanies the proposal: a wealth tax.

In Latin America, Uruguay, Argentina, and Colombia charge a wealth tax. In Europe, Norway, Spain, Switzerland, and Belgium do it. The point now is that states must raise funds to confront the pandemic. Peru has no shortage of millionaires. According to the Forbes 2019 ranking of the country’s six richest business leaders, Carlos Rodríguez-Pastor—owner of the cinema chain Cineplanet, the bank Interbank, the shopping malls Plaza Vea and Vivanda, among other businesses—holds a fortune of $4.1 billion.

Continuing to apply economic measures completely disconnected from social measures is a mistake. The communication strategy will be crucial, especially in communities where the government has strong representatives. They will be the government’s main allies in these times, and they must work to invest in reducing social gaps, cutting poverty, and creating better conditions for sustainable economic change that promotes equality and normalcy by putting human beings—not capital—at the center.

In these conditions, the upcoming bicentennial of Peru’s Independence in 2021, could hold new significance and become a historic milestone in the construction of a new social contract that, up until now, the country has not been able to achieve by other means—a social contract that points to a near future with more solidarity, social justice, sustainability, and equality.

At the time of writing, Peru’s Ministry of Health website reports 68,822 positive cases of Covid-19 and 1,961 deaths. The regions with highest infection rates are Lima, Callao, and Loreto. After Brazil, Peru is the second most impacted country by number of confirmed cases in the region.

Alejandra Dinegro Martínez is a sociologist at the National University of San Marcos (UNMSM) and is currently teaching social policy. She is a columnist and analyst with experience in public management, as well as the author of two books on youth employment and public food programs.