A review of The Jakarta Method by Vincent Bevins, which traces the history of the Cold War from the perspective of two often overlooked countries: Indonesia and Brazil. 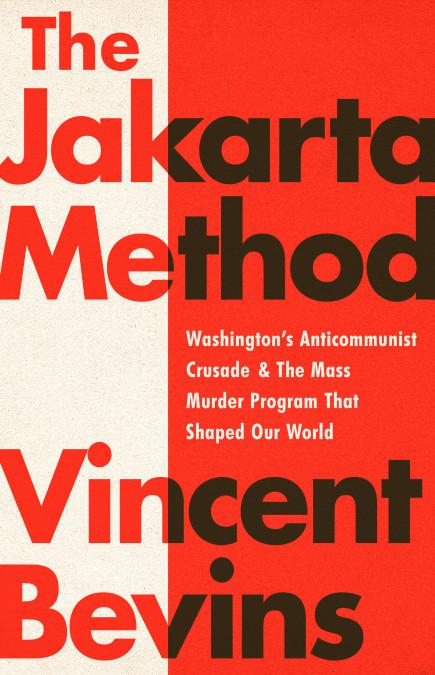 After the election of Salvador Allende as president of Chile in 1970, mysterious messages started to appear in the capital of Santiago, painted on walls in wealthy neighborhoods and on postcards sent to the homes of left-wing government officials and party members. The messages declared, “Jakarta is coming.”

If these messages had appeared ten years earlier, they might have been taken as a sign of hope. Across the 50s and early 60s, President Sukarno of Indonesia was a leading figure in the global movement for Third World neutrality and anti-imperialism. In 1955, Sukarno hosted the Bandung Conference, in a city close to Jakarta, drawing together representatives from 29 newly independent African and Asian countries. Third World neutrality offered an alternative center of gravity to the Cold War superpowers.

By 1970, however, Chilean leftists recognized “Jakarta is coming” as a dark threat of violence. Indonesia of the late 60s and early 70s was under the authoritarian rule of Major General Suharto, who rose to power by putting down a coup attempt in 1965. As Suharto consolidated power, his followers slaughtered alleged communists throughout the country. They killed between 500,000 and one million people. Indonesia’s Communist Party had been massive, effective, and unarmed. In a short space of time, the movement was annihilated, and Jakarta became a rallying cry for violent anticommunism.

How did Indonesia pass so quickly from beacon of anti-imperial hope to bastion of violent anticommunism? Why is this dark history of violence in Indonesia so unknown today? And how did the idea of a “Jakarta method” travel to countries such as Chile and Brazil? Vincent Bevins explores these questions in his new book, The Jakarta Method: Washington’s Anticommunist Crusade and the Mass Murder Program that Shaped Our World. Bevins is almost uniquely suited to this investigation, having spent six years as the Brazil correspondent for the Los Angeles Times, two years in Indonesia covering south-east Asia for the Washington Post, with further stints in London and Caracas.

The Jakarta Method retells the history of the Cold War largely from the perspective of two often overlooked countries: Indonesia and Brazil. Bevins shows that the military takeovers—in the name of preventing leftist coups—in Brazil in 1964 and Indonesia in 1965 decisively tipped both countries into the anticommunist orbit of the United States. The fourth and fifth most populous countries in the world were important trophies for the United States in the fight to control the so-called Third World. More importantly, these countries aligned quickly with the United States, requiring none of the lengthy, costly investment that the United States squandered during the war in Vietnam.

Although Brazil and Indonesia are the focus of this history, Bevins also takes his readers to Vietnam, Thailand, Chile, Guatemala, the United States and the Netherlands—Indonesia’s former colonial ruler. This sets The Jakarta Method apart from Cold War histories that focus on single countries, or on the so-called “great powers.” Through this transnational perspective, Bevins finds connections between unexpected locations, such as the “Jakarta is coming” threat in Santiago. While the influence of the United States is palpable throughout the book, not all connections run through Washington.

Readers familiar with Latin American history will recognize striking similarities between U.S. intervention in Indonesia and in the Americas. This raises the question the central question that Bevins grapplies with: the importance of Jakarta.

Right-wing organizations in Chile did not need to look across the Pacific Ocean to find examples of mass violence against leftist movements. They could have based their threats much closer to home. For example, in tracing the earlier missions of the CIA, Bevins takes his readers to Guatemala and the effort to overthrow modest reformer Jacobo Árbenz. The CIA succeeded in 1954 on their third attempt. Árbenz turned over power to the head of the armed forces, to whom the U.S. ambassador—accompanied by CIA agents—promptly delivered “a long list of Guatemalans who would need to be shot immediately.”

So what distinguishes the Jakarta method from the Guatemala City method? Or, as Bevins documents, from CIA operations in Iran in 1953 and the Philippines in 1954? If anything, the United States took more of a hands-off approach in Indonesia and Brazil than in Guatemala. Rather than solely funding propaganda campaigns, or arming proxy forces, the United States provided ideological and technical training to members of the Indonesian and Brazilian militaries. When opportunities arose, the military in both countries were more than capable of seizing power and persecuting opposition.

This military training took place at Fort Leavenworth, Kansas. Bevins gains insight into the training program through the memories of Benny Widyono, an Indonesian student who studied at a university in Kansas, and who would meet up with the Indonesian generals studying at Fort Leavenworth. Benny had the distinct impression that the generals were being groomed as an anti-Sukarno, anticommunist force. In one of the extraordinary transnational linkages of the book, Benny later worked for the UN in Chile and found the ominous messages about this hometown scrawled on the streets of Santiago. To the extent that Indonesia represents the perfection of a method of U.S. intervention in the Third World, this should probably be called the Fort Leavenworth method.

Anticommunist violence in Indonesia stands unique not for the methods used, but for the outcomes achieved. The violence that swept right across the Indonesian archipelago—fed once again by lists of alleged communists drawn up by the CIA—obliterated one of the largest communist parties in the world, terrorizing Indonesian society so profoundly that communism remains a taboo decades later. The scale of the violence, however, is only half of the outcome—the other half is the lasting impunity for the perpetrators. Suharto ruled Indonesia for over 30 years. Unlike in some countries with similar histories, the transition away from military rule brought no reckoning, no truth commission, and no examination of the buried history.

Complete impunity for the perpetrators, total silence for the victims. This is the legacy of the mass violence in Indonesia. This is what makes Jakarta a uniquely powerful threat to the Left: the threat of eradication with no accountability. Even the brutally violent anticommunist regimes in Brazil, Chile, and other Operation Condor countries did not dream of violence on the scale of Indonesia. Or at least, they did not think they could get away with violence of that scale. Indonesia was the exception—the furthest extreme of massive violence with perfect impunity.

If Jakarta became a rallying cry for the anticommunist right, it also quickly became an important symbol for the Left. Indonesia was an anti-imperial beacon, and a country in which an unarmed communist movement was afforded the freedom to compete in elections. Bevins shows that the Indonesian Communist Party resisted calls from Mao and others to arm and prepare for insurrectionary resistance. The mass murder in Indonesia not only annihilated the communist movement in the country—it served as a warning to other leftist movements about the dangers of remaining unarmed. By slaughtering the moderate Left, Indonesia put pressure on other unarmed leftist movements to shift towards radical, armed action. By supporting the violence and drawing up lists of moderate leftists, the U.S. anticommunist crusade created the Left that it had always imagined and feared: a radical Left, suspicious of peace and conciliation, and trusting that armed resistance was the surest means of victory.

Several recent investigations have shed new light on the violence. Most notably, the award-winning documentary The Act of Killing follows some of the killers, who enjoy local prestige because of their proud participation in the violence. Bevins takes a broader approach, situating the violence within the global context of the Cold War, but the story he tells is still grounded in deep on-the-ground investigation and extraordinary personal narratives. For example, Bevins opens with a young girl, Ing Giok Tan, setting out from Jakarta in a small boat with her family. Their journey takes them across the Indian Ocean, around the southern tip of Africa, and all the way to São Paulo, Brazil. When Bevins catches up with Ing Giok in the final chapter of the book, she is marching in a rally against the impending election of the Jair Bolsonaro, an admirer of military dictatorship.

The Jakarta Method is at its most compelling when it follows the threads of these lives, allowing these to guide the larger transnational narrative: Jakarta at Fort Leavenworth, Jakarta on the walls of Santiago. In retelling the history of the Cold War, Bevins sometimes lets the big picture, of a global struggle between “great powers,” interrupt these powerful personal stories. Readers with an interest in any part of what was known as the Third World—perhaps especially those familiar with the history of Latin America—will already know very well the lengths to which the United States went to win the Cold War. Far more illuminating is the way The Jakarta Method highlights the global implications of even the most local, personal stories. In a memorable passage, Bevins catches up with a witness to the violence in Bali. The same beach that was a local killing field is now home to an upscale beach club. This is not a gruesome coincidence—the tourism boom started soon after the violence. With the local communist movement shattered, the Suharto government broke up communal land and encouraged foreign investment.

In one of the most moving scenes of the book, Bevins pays a visit to Magdalena. During the violence, Magdalena was imprisoned, interrogated, and raped. When Bevins visits her, she is living alone in a small shack, cut off from family and local community. “This is not how elderly Indonesians live,” Bevins reflects. Magdalena is marked for life by her alleged association with communism. Fifty years after the mass murder, the Jakarta method continues to play out: the perpetrators enjoy status, the survivors live with silent stigma. It is a haunting end to a book about the way mass violence and impunity in one country haunted and continues to haunt the world. For the witnesses and survivors, Jakarta is still coming.

Philip Luke Johnson is a doctoral candidate in political science at the Graduate Center, City University of New York. His research focuses on security, violence, and the media in Latin America and the United States.