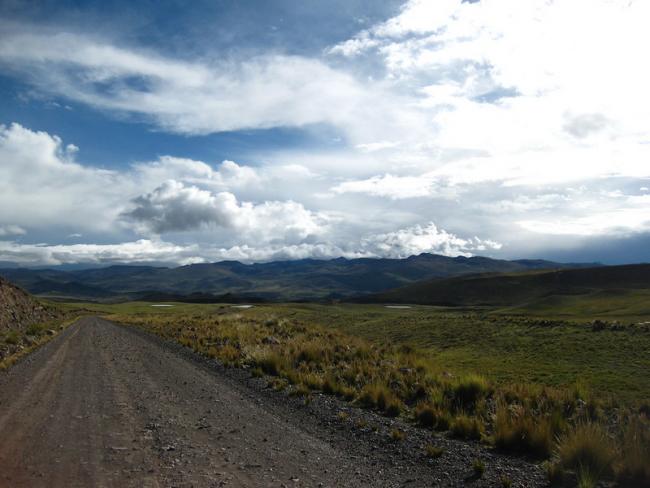 In 1969, a military junta led by General Juan Velasco Alvarado implemented a massive agrarian reform, purportedly to dismantle the powerful landowning oligarchy in Peru, which for centuries had relied on the exploitation of campesinos and the Indigenous to maintain what was essentially a semi-feudal state.

The ensuing process of land redistribution would irrevocably transform Peruvian society, yet its legacy, in effect, has been reduced to an unequivocal failure of the Velasco regime’s nationalist revolution. This is the result of social conditioning embedded in the perception of most Peruvians, according to filmmaker Gonzalo Benavente Secco in his new documentary La revolución y la tierra, which premiered this past October. For decades, the 1969 agrarian reform has generally been portrayed as negative, with Velasco—both a hero and villain in Peruvians’ eyes—dismissed as a taboo, divisive figure in the country’s history and politics.

Given the hesitance by many to address such controversial subject matter, Benavente and his crew tempered their expectations as they began production on a feature-length documentary in 2016. “We had this initial perception of Velasco’s image being perpetuated by such stark polarization,” he said. Benavente and his crew subsequently conducted extensive research and interviews to complete La revolución y la tierra. Coinciding with the 50th anniversary of the land reform, the film quickly became the most-watched documentary in the history of the Peruvian box office.

The popular response, much to Benavente’s surprise, has been mostly positive. “I thought the reaction was going to be more politicized, that people were going to be for or against the film, in terms of how they thought about the agrarian reform.” Instead, the film provided an opportunity for audiences to reclaim a critical chapter in Peruvian history, which has become especially relevant amid the Covid-19 pandemic as thousands of Peruvians leave urban areas and return to their more remote hometowns, where the ability to grow food offsets the hunger facing vulnerable residents in cities like Lima.

The film draws a line from the beginning of Spanish colonization in the Americas to the present day by characterizing the 1969 agrarian reform as the third in a series of major social transformations, the first being the dispossession of the Indigenous by the Spanish, followed by the hegemony of criollo elite established with the creation of the Peruvian republic. For Benavente, the large-scale integration of Indigenous and campesinos into Peruvian society through the 1969 reform cannot be understated. “The agrarian reform marks a before and after,” said Benavente.

Adding to this surging interest in the film has been the response from political commentators who have condemned La revolución y la tierra and called for it to be removed from theaters. For Benavente, this kind of hostility points toward a fundamental misunderstanding of the agrarian reform that can be partially attributed to the polarizing views on Velasco. “The Right and the Left being two extremes—one side thinks [Velasco] is a capitalist and the other side sees him as a communist."

In reality, the answer as presented in the film is much more complicated, such as portraying The Left as opposed to the agrarian reform on the basis that its true aim was to invite capitalist investment, thus contradicting the nationalist rhetoric used by the Velasco regime.

In contrast, the Right’s more pervasive view of Velasco as a communist dictator disavows the role of the U.S.-backed Alianza para el Progreso in pushing for land reform throughout the 1960s as a Cold War tactic to prevent communist revolutions.

The lack of depth to this narrative left Benavente with many unanswered questions as a young student, even though he did not have a strong personal connection to the history. “When I was in school, it was common to hear someone say that their abuelo had lost land, that Velasco had taken it from them.” he said. “It’s something that in a lot of cases people said with pride, without acknowledging the rest of the story and the kind of backwardness that ended with the reform.”

Members of the documentary’s production crew, on the other hand, provided a more favorable, alternative view of the Velasco regime, given that their families had benefited in some way from the reform. This sentiment was echoed by former congresswoman Marisa Glave during the 2016 election cycle. “I think the agrarian reform was an act of justice,” she said. And while her comments provoked an immediate backlash, they also served as inspiration to Benavente and his crew as they embarked on the production.

The crew spent about a year researching existing materials on the agrarian reform, including a survey of Peruvian cinema that Benavente argues made latent reference to the agrarian reform. “In the end,” Benavente said, “La revolución y la tierra is a film told from the perspective of other films…it pays homage to them and reflects upon the work that we are doing.” The restoration and editing of archival footage—much of it the product of a government-led initiative known as SINAMOS—also provided Peruvians a unique, mostly unseen look into the past.

Interviews took place in Lima before the production then traveled to other parts of the country, including Cusco, where the crew visited the studio of legendary Peruvian photographer Martín Chambi, and to the northern coast of Peru, where they visited La Brea y Pariñas, a U.S.-owned oil field famously expropriated by the Velasco regime just days after assuming power. The crew also went to areas where several emblematic guerrilla movements were active in the years leading up to the agrarian reform. One such insurgent, Héctor Béjar, a former member of the Ejército de Liberación Nacional, participated in the film.

Other protagonists from this era interviewed for the film include Velasco’s successor, ex-president Francisco Morales Bermúdez, recently sentenced to life imprisonment by an Italian court for his role in Operation Condor, and Jesús Ruíz Durand, who is known for his iconic series of graphic art posters commissioned by the Velasco regime to promote Indigenous empowerment as a key component of the 1969 agrarian reform.

The rest of the cast includes anthropologists, political experts, historians, union leaders, filmmakers, and intellectuals, as well as those most directly impacted by the reform. Despite this litany of voices that appear in the film, Benavente said it was still difficult to convey the film’s intention to potential interviewees. While some on the Left were skeptical that the project would follow the conservative narrative set forth by previous films, others on the Right were eager to disparage the Velasco regime. “We explained to them that [the film] wasn’t going to judge anyone, nor demonize anyone,” Benavente says. “The intention was to find a middle ground between the two perspectives in order to reexamine this history in the present-day.”

Nevertheless, La revolución y la tierra does offer viewers some interpretation of events, including commentary on the impact of the 1969 agrarian reform on the Shining Path insurgency of the 1980s, as well as current popular mobilizations. Additionally, Benavente argues the film makes an important connection between land reform and labor reform. “People in rural areas stopped working for free...that’s a fundamental change heralded by the [agrarian] reform,” he said.

Going forward, Benavente hopes to reach more audiences by bringing La revolución y la tierra to more remote areas of the country as well as by translating it into several of Peru’s Indigenous languages. He also looks forward to a proliferation of new perspectives on the agrarian reform as a consequence of the film. “Hopefully, more people realize how many gaps there are in the story because in the end, it’s impossible to cover 500 years of a country’s history within the span of two hours.”

Néstor David Pastor is a writer, musician, and translator from Queens, NY. Currently, he works with NACLA as Outreach Coordinator/Editorial Assistant and with the Latinx Project at NYU as managing editor of the digital publication Intervenxions He is also the founder of Huellas, a forthcoming bilingual magazine of long form narrative non-fiction. Follow him @ni_soy_pastor.