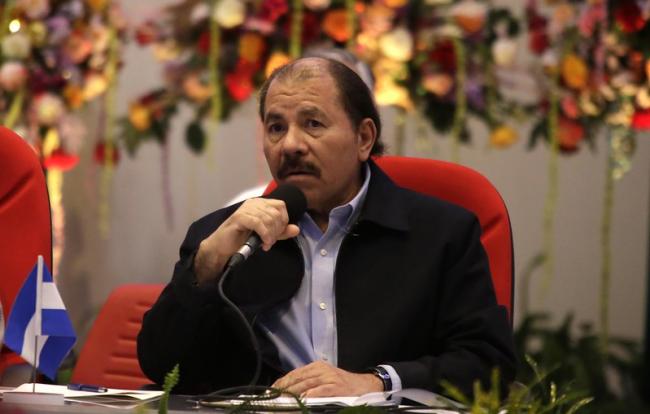 As the epicenter of the Covid-19 pandemic shifts to Latin America, the Nicaraguan government is taking an entirely different approach than other countries. The government has not imposed the social distancing measures adopted throughout the region and recommended by international health organizations. Since April 2, when Cuba closed its borders, Nicaragua has been the only country in Latin America without travel restrictions. Public schools remain open, if sparsely attended, for the country's 1.7 million students. President Daniel Ortega has actively discouraged self-imposed quarantines and social distancing measures, dismissing these as extreme and radical. In early April, during the Semana Santa holiday, the government organized and promoted celebrations, including religious gatherings previously canceled by the Catholic church due to contagion fears.

The Ortega administration has not followed the World Health Organization (WHO)'s recommendations for data transparency. Nicaragua's government ranks last in Latin America in terms of transparency and data availability regarding the Covid-19 pandemic. The government does not release disaggregated data on confirmed cases and deaths. As of June 10, the government had reported 1,464 confirmed cases, with 55 total deaths. Meanwhile Observatorio Ciudadano, an independent group organized to track the disease in the country, estimates the total number of cases at 4,971, with 1,398 “suspicious” deaths. Some doctors report that the official count does not reflect the number of deaths they are seeing in their hospitals. In recent weeks, at least 10 doctors were fired from state hospitals, allegedly for criticizing the government's handling of the pandemic, leading the Office of the UN High Commission for Human Rights to express concern.

Nicaragua has taken some measures to reduce the health impact of the pandemic, including requiring travelers from active transmission regions to self-quarantine, as well as tracing contacts of confirmed cases. National universities have moved to a rotating class meeting schedule to reduce crowding on campuses. Other measures, however, have mystified health experts. The government drafted public sector employees and party members to conduct in-person home visits across the country to inform people about the virus and recommend preventative measures such as hand-washing. As of June 5, the government claims that nearly 5.2 million home visits have been made. Many experts, however, question the wisdom of in-person visits in the midst of the pandemic, as those conducting the visits may themselves spread the disease.

The lack of official transparency makes it difficult to assess the reasoning behind the government response. However, the state of the country's health system and economy may help explain the government's reluctance to impose severe restrictions to control the spread of the virus. Nicaragua faces unique challenges when it comes to implementing non-pharmaceutical interventions (NPIs) such as social distancing regulation, school and business closures, and stay-at-home orders.

On May 25, over two months after Nicaragua's first confirmed case, the Ortega administration published a briefing outlining the state of the pandemic in the country, the official response thus far, and plans for future measures. This document makes clear that the country is following a “herd immunity” strategy, stating that “Nicaragua and Sweden represent alternatives to total lockdown, in a developing and developed country respectively.” Even before Sweden's government admitted that it should have imposed stricter lockdown measures, critics were quick to point out the vast differences in the testing, transparency, and healthcare capacity in the two countries. Many have argued that, given the relative lack of resources for treating the sick, Nicaragua should impose stringent measures to control the disease's spread.

In fact, the fragility of the healthcare system may have contributed to the decision not to institute lockdown measures. NPIs are useful because they “flatten the curve,” spreading infections over time. Reducing the number of people requiring medical attention at any given time prevents hospitals from becoming overwhelmed, and thus reduces the fatality rate among the infected. Recent research suggests that mitigating this so-called “congestion effect” is the primary benefit of NPIs; instituting severe lockdown measures might not be necessary if hospitals had unlimited capacity. Indeed, the strength of its health system was part of the reason Sweden eschewed a mandatory lockdown.

By the same logic, a country whose health system would be overwhelmed even after implementing a strict lockdown may not see much of a benefit, in terms of reducing total deaths. In a study of the Great Influenza Pandemic of 1918, Robert Barro, an economist, finds that while NPIs seem to have been effective at flattening the curve in the United States, there is no evidence that they reduced the cumulative death rate. This observation may be explained by the limited ability of hospitals, regardless of the level of congestion, to treat the infected.

The Ortega administration has, over the past decade, improved quality and equity in the health system. According to the Pan American Health Organization, the government's Model of Community and Family Health, along with investments in infrastructure and equipment, has increased healthcare access and coverage. The number of physicians per 1,000 people rose from 0.5 in 2005 to nearly 0.978 in 2018.

Yet capacity remains limited. Nicaraguan government expenditures on health account for 5.02 percent of GDP, compared with only 4.20 percent overall in Latin America and the Caribbean. However, these rates translate to $111.57 and $357.72 in per capita expenditure respectively, as Nicaragua has the second lowest GDP per capita in the region. By comparison, governments in the European Union spend $2,451.27 per capita on health.

Prior to the onset of the pandemic, there were only an estimated 160 ventilators in all of Nicaragua’s public hospitals, 80 percent of which were already occupied. The country has less than one hospital bed per 1,000 people, compared to nearly three in the United States and 5.6 in the European Union. Testing capabilities remain limited, making a test-and-trace program—such as the one implemented in South Korea—infeasible. In light of these limitations, the government may have concluded that it would not be possible to keep the total number of Covid-19 patients from exceeding hospital capacity.

Flattening the curve also buys time for the development of pharmaceutical treatments such as vaccines. Yet developing countries such as Nicaragua will likely be last in line when pharmaceutical treatments and vaccines become available. Already, the rich nations are squabbling over who will have access to a vaccine first, amid concerns over access for the rest of the world. The longer the delay in the arrival of a vaccine, the less “flattening the curve” does to reduce the total number of people infected.

Additionally, households tend to be larger and more intergenerational in Nicaragua, as well as other Latin American countries, than in Europe and the United States. This reduces the effectiveness of stay-at-home orders as a means of preventing transmission.

The structure of the Nicaraguan economy makes NPIs particularly costly in the short term. Working and learning remotely is impossible for most people in Nicaragua, which has only 2.98 fixed broadband subscriptions per 100 people, compared to 13.44 in Latin America overall. The governmental capacity for fiscal intervention is lower. Its ability to distribute aid directly to businesses and people is limited. This is especially true of workers in the informal sector, which accounts for an estimated 73 percent of non-agricultural employment in Nicaragua. For the 45.5 percent of households classified as food insecure, economic hardship is a critical health issue. The Ortega administration may be justifiably wary of following the example of countries such as Peru, where the growth of infections has been among the highest in the region, despite a strict lockdown implemented early in the early stages of the pandemic.

Long-run strategic considerations might also play a role in the decision to avoid lockdown. The government may be reluctant to “flatten the curve” if this prolongs the disruption of manufacturing activity beyond that in other countries. The Covid-19 pandemic hit Nicaragua later than East Asia, Europe, and the United States. While these regions have already seen new infections begin to decline, Nicaragua's count continues to rise. Infections in China, meanwhile, peaked months ago.

On March 18, over a week before Nicaragua's first confirmed death, China reported its first day with no new local infections. By the end of March, it was estimated that 95 percent of large Chinese industrial firms had already resumed production. At the same time, many large manufacturers in Nicaragua's zona franca, where export-oriented businesses employ over 123,000 people, suspended operations. If manufacturers shift operations to countries such as China in response to shutdowns in Nicaragua, they are unlikely to return immediately when the crisis abates. Nicaragua's economy is particularly dependent on manufacturing exports. Merchandise exports account for 38 percent of GDP, compared with 20 percent for Latin America and the Caribbean.

Presidential advisor Paul Oquist, in discussing the economic rationale behind the administration's response, emphasized the potential opportunities presented by remaining open during a time of global crisis and potential trade realignment. He said, “One of the consequences of this virus is that the relations between the United States and China are at the moment very tense, meaning that the trade war could continue and there could be a significant reorientation not just in trade, but also in global production, and Nicaragua can be well positioned to take advantage of opportunities in this sense, aside from our tremendous knowledge in agriculture, forestry, mining, and tourism.”

The government appears to be concerned that taking measures to prevent the spread of the virus, as well as prolonging the period of active transmission, could disadvantage Nicaragua in the context of this reorientation.

If the government's reasoning is that even stringent lockdown measures will be insufficient to prevent the nation's health system from being overwhelmed, their lack of transparency and clear messaging makes sense. Announcing resignation to a high death rate would be politically disastrous. Instead, the Ortega administration has publicly focused on the economic costs of NPIs, and tried to downplay the health threat. This strategy may well backfire as the outbreak worsens. It is quite possible that the decision to forgo NPIs will result in unnecessary deaths. Yet it is important to understand the possible rationale behind the response. The international community should focus on helping Nicaragua, and other small developing countries, strengthen their health systems in order to improve the viability of non-pharmaceutical interventions.

Recent history offers little insight into how the pandemic might play out in Nicaragua over the coming months. No other country with the same level of resources has taken as hands-off an approach to the outbreak. Nicaragua is likely to see a dramatic increase in infections and deaths. Already overburdened hospitals will struggle to cope with the outbreak. Yet it may be that restrictive measures would have done little to reduce the number of deaths from Covid-19, while deepening and prolonging the inevitable economic hardship. With no good choices available, Nicaragua braces for the coming storm.

Quitzé Valenzuela-Stookey is a PhD candidate in the Department of Economics at Northwestern University. His research focuses on political economy, industrial organization, and economic theory.