Adriana Rivas served in the Chilean intelligence agency under dictator Augusto Pinochet. This month, an Australian court will decide whether she will be extradited Chile. 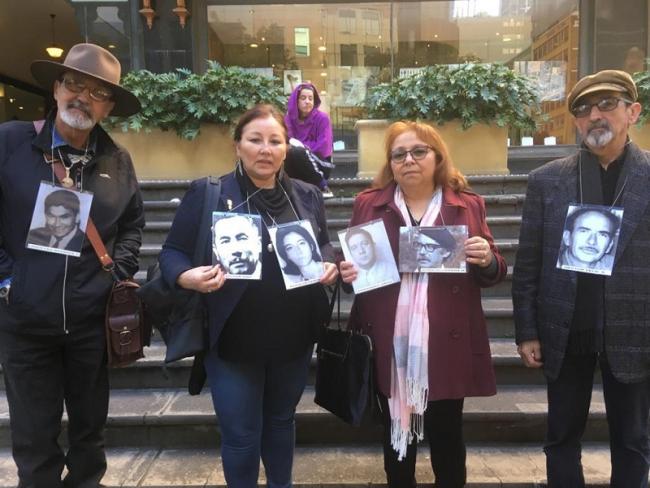 Adriana Rivas arrived in Australia in 1978 from her native Chile and worked as a nanny. She lived a good life in affluent Bondi Beach, Sydney, in public housing provided by the Australian government. Rivas, now 67, was active in soccer and church activities in the Chilean community, one of Australia’s largest Latin American diasporas.

Her comfortable life took a turn in 2013, when Rivas decided to talk to journalist Florencia Melgar of the Australian broadcasters SBS. Melgar was researching the collaboration of two Australian intelligence (ASIO) officers with the Central Intelligence Agency (CIA). The ASIO officers were posted to Chile in 1973, when General Augusto Pinochet overthrew the socialist government of Salvador Allende, with the support of the CIA.

In her interview, Rivas conceded that she had been a member of the Dirección de Inteligencia Nacional (Directorate of National Intelligence, DINA) from 1973-1977 during the Pinochet dictatorship. Known as “la Chany,” Rivas took an abrasive and arrogant tone as she admitted that in 2007, she had been arrested by Chilean authorities during a routine trip to her home country. In 2011, she fled Chile to avoid prosecution.

In February 2019, Rivas was arrested in Sydney. Later this month, an Australian court will decide whether Rivas will be extradited to Chile. Chileans in Australia say she may not be the only DINA agent who is evading the justice system. Her case will set a precedent for how Australia handles other Chileans who have committed human right violations during the military regime.

In her original interview with SBS in 2013, Rivas defended the use of torture under the brutal U.S.-backed Pinochet regime, saying that, “The same way the Nazis did, it was necessary. It’s the only way to break people.” She said her work only consisted of being a translator and an intelligence analyst. Rivas claimed those were the “best years of my youth.”

But Rivas did not tell her interviewer on camera about her arrest in Chile for the alleged kidnapping and disappearance of seven members of the Chilean Communist Party including a young woman, Reinalda Pereira, who was five months pregnant at the time.

The DINA, according to Chilean journalist Juan Cristóbal Peña in Los malos, was responsible for the “majority of the almost 3,000 dead and 40,000 tortured and political prisoners which the Pinochet dictatorship left.” According to Peña, Rivas studied at the Escuela Nacional de Inteligencia de Maipú (The National Intelligence School of Maipú) and completed an intelligence course at the Tejas Verdes barracks, led by Ingrid Olderock, a specialist who trained dogs to rape prisoners.

Manuel Contreras, head of the DINA and the second most powerful man during the dictatorship, was Rivas’ commander. According to Rivas, Contreras was “an excellent person, and excellent boss.” When Contreras died in 2015, he was serving a prison sentence exceeding 528 years for kidnapping, forced disappearance, and assassination of Pinochet opponents.

Rivas’ interview with SBS outraged the Chilean community who arrived to Australia in large numbers in the 1970s and 1980s as either political or economic refugees. Her case also raises serious questions about Australia’s domestic and international capacity to investigate and prosecute crimes against humanity.

According to Clause XV of the Extradition Treaty signed between Australia and Chile in 1993, both parties are required to act promptly on extradition requests. Rivas fled Chile in 2011 and was wanted by INTERPOL, but Australian authorities did not arrest her until February 2019.

Maria Teresa Mardones, a Melbourne resident and activist within the Chilean community, says, “the Australian government and NSW Police seriously dragged their feet with Rivas’ arrest and the extradition request proceedings.” She says that without the actions of numerous activists in the community, Rivas would never have been detained.

In 2014, the Chilean Supreme Court authorized Rivas’ extradition. But after the Chilean government submitted its request to Australia, the extradition process stalled.

In June 2017, Labor MP Julian Hill wrote a letter to Justice Minister Michael Keenan requesting that the case of the ex-DINA agent become a priority as she was a “fugitive from justice.”

Later that year, the Sydney Latin American Film Festival screened a documentary film, Adriana’s Pact, made by Rivas’ niece, Lisette Orozco. In the search to find out the truth about her aunt, Orozco’s documentary suggests that Adriana Rivas was a member of the Lautaro Brigade, a DINA extermination brigade involved in the seven cases identified in the extradition. The film also documents that she was known to be one of their worst torturers, often being reprimanded by her superiors for her excesses during interrogations.

Maria Estela Ortiz lives in Santiago, Chile, and is the daughter of one of Rivas’ alleged victims for which she is wanted by the Chilean courts. Ortiz says her family has been trying to find out what happened to her father since 1976.

“We are aware that Rivas was involved in the murder of my father Fernando Ortiz and a young woman Reinalda Pereira, who was pregnant,” says Ortiz. “The DINA agents were very brave to torture and kill, but they have been total cowards to face the courts.”

Ortiz says she is now an old woman and does not want to leave the burden of seeking justice for her father on her children’s shoulders. Were Rivas to be set free in Australia, before being handed over to Chilean authorities, Ortiz thinks she would flee again.

Rivas has repeatedly denied the charges against her and has sought bail twice, alleging various medical conditions. She has also appealed the Court’s refusal to grant bail, as she is considered a flight risk, and she remains on remand.

According to Melbourne resident Pilar Aguilera of the National Campaign for Truth and Justice in Chile-Australia, if Rivas is extradited to Chile, she will likely face the same fate as several members of the Lautaro Brigade, who were convicted and faced lengthy prison sentences. In her view, while the Australian government has acted diligently, Chilean authorities have at times “barely moved a finger,” in particular during the transition between the center-left administration of Michelle Bachelet and the hard right-wing government of Sebastián Piñera in late 2017 and early 2018.

“I was surprised when I heard the SBS interview with Adriana Rivas,” says Marta Olea, a representative of the Truth & Justice Campaign in Sydney. “Her name was familiar to me, so shortly after, I went back to a book called ‘The Dance of the Crows’ [La Danza de los Cuervos] and of course, she was mentioned there.” 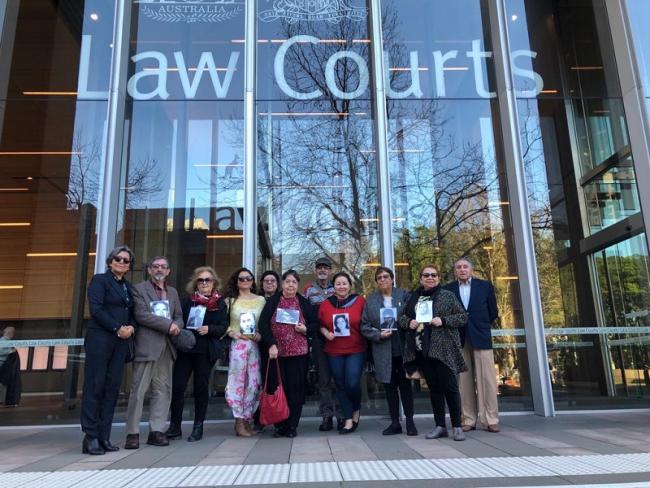 “Her presence [as an ex-DINA agent] in Australia was not vox populi. Many have said they knew Rivas from years back and didn’t have a good opinion of her…” says Olea. “I was surprised to see the level of support by the community, demanding that she be extradited. Those who knew her also signed, even those who lived in her suburb and even one of her former husbands signed the petition and people who were members of the soccer club in which she had been involved.”

In other high profile cases dealing with former members of the Pinochet regime, a Chilean court in 2018 gave prison sentences to nine ex-soldiers for the murder of popular folk singer Victor Jara in 1973. Pedro Pablo Barrientos Núñez, a retired Lieutenant from the Tejas Verdes regiment, and the “material and intellectual author” of Jara’s murder according to Patricio Zamorano, lives in Florida, “where many former oppressors of Latin America hide or show themselves in the light of day, fugitives from justice.” Zamorano adds that Barrientos has successfully resisted an “order for extradition [by Chilean authorities] which for years now has not been enforced by the U.S. justice system.”

Rivas’ final extradition hearing took place on June 16 in Sydney. On July 27, the court will announce its decision whether she will be extradited to Chile. Like other members of the Chilean community, Aguilera is concerned that if Rivas is found to be extraditable, the Attorney General of Australia has the discretion to determine that Rivas is not to be surrendered to Chile.

Aguilera adds that there may be “dozens more DINA agents in Australia who lied on their original migration applications.” The organization she is a part of has “very little resources to locate these agents and verify their identities… …these cases [of possible DINA agents] living in the community need to be seriously investigated by the Australian government.”

Whatever decision the local judicial system or the Attorney-General of Australia takes, the case of Adriana Rivas will set a precedent for other possible torturers of the brutal Pinochet regime who may be hiding in Australia. The impact of the case will reverberate to others who committed human right violations overseas and may now be living in Australia.

Rodrigo Acuña is an independent writer on Latin American politics. He holds a PhD from Macquarie University. You can follow him on Twitter at @rodrigoac7.