Poets and Prophets of Resistance: Intellectuals and the Origins of El Salvador’s Civil War (Review) 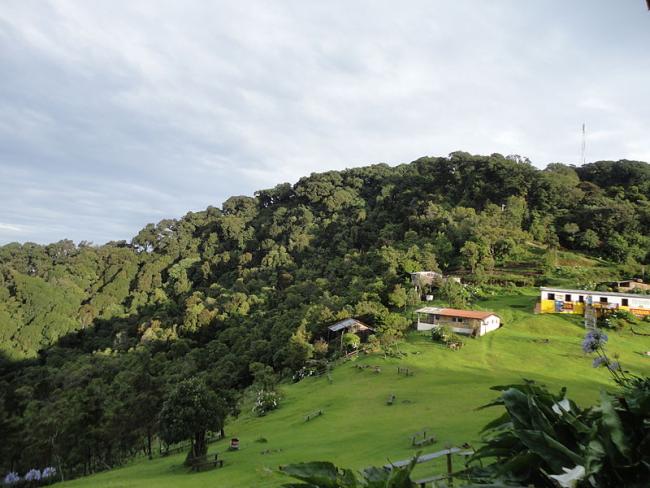 In a September 2019 tweet, Salvadoran President Nayib Bukele insinuated that the U.S.-funded 12-year civil war in El Salvador was fought in vain. Bukele, a millennial populist who won the presidency through his effective use of social media platforms, was essentially suggesting a complete re-writing of Salvadoran history, and the conflict between the FMLN, the guerrilla movement turned leftist political party, and ARENA, the right-wing conservative party founded by military oligarchs.

Bukele conveniently forgets that the state military, under ARENA, was found responsible for more than 85 percent of all human rights violations committed during the civil war, including roughly 75,000 dead, 8,000 disappeared, and more than one million displaced. Just months later, in February 2020, Bukele sent soldiers to physically occupy the chambers of the Legislative Assembly and strongarm legislators into passing a bill to increase military spending.

While Bukele’s stunt received massive international criticism, including warnings of his fascist and dictatorial tendencies, on Twitter the hashtag #QueBonitaDictadura began trending. Bukele’s strategy to re-write Salvadoran history via comments on social media that conflate the FMLN and ARENA as one in the same—without any historical context or analysis—is working.

Bukele promotes an ahistorical, simplistic, and reductionist interpretation of Salvadoran history. While the Salvadoran Left is certainly not without its contradictions, conflating the political parties and movements erases El Salvador’s long and complicated history of leftist radicalism—a history rooted in deep political and ideological struggle that far preceded the birth of both political parties in question, which only came into being during the advent of 1980s revolutionary war. This history cannot and should not be forgotten.

Joaquín M. Chávez’s book Poets and Prophets of Resistance: Intellectuals and the Origins of El Salvador’s Civil War takes us back to the 1960s and 1970s, before the beginning of the civil war. Chávez does a phenomenal job articulating the historic contributions of El Salvador’s most radical intellectuals who were fundamental in shaping the revolutionary war of the 1980s. The book documents the role of poets, writers, peasants, students, teachers, Catholic diocesans, and unionists who came into political consciousness and began actively challenging Salvadoran fascism before the advent of the war. Chávez challenges the common misconception that the leadership of the insurgent guerrilla movement was composed predominantly of middle-class petty bourgeois intellectuals and emphasizes the indispensable role and contributions of the rural working-class poor. Chávez rescues a long and often forgotten history of the rural working-class in the making of El Salvador’s leftist radicalism.

One of the main contributions of Chávez’s book is his emphasis on the dialectic relationship between peasant leaders and urban intellectuals who came together to form the “New Left” insurgency—a crucial element of the revolutionary war that actively challenged the reformist/revisionist tendencies of the “Old Left” characterized by the Communist Party of El Salvador (PCS). Chávez argues that it was the peasant intellectuals and their allies who pushed the PCS into armed struggle—not the other way around. To make his case, Chávez focuses his analysis on the peasant mobilizations in Chalatenango, which he argues were a product of a long legacy of peasant organizing in the 1960s through what he calls a “pedagogy of revolution,” or a method of popular education that not only encouraged peasants to analyze the situation of their communities, but to also voice their grievances and organize to transform their living conditions.

Through archival research and in-depth oral histories, Chávez finds that peasants intellectuals, most of whom were subsistence farmers, used a variety of different mechanisms, including the proliferation of small radio schools facilitated by “auxiliary professors,” or volunteer instructors of the radio schools, and the formation of rural cooperatives, which together formed the Union of Rural Workers (UTC), one of the leading organizations of the peasant movement in Chalatenango. Through this movement, peasant intellectuals became leaders of their communities on their own accord, and actively began advocating for radical agrarian reform before they were intentionally approached by urban intellectuals.

This level of mobilization was met by brutal state military repression, which led peasant leaders to quickly realize that the only way to transform their reality was through self-defense, or armed struggle. This conclusion was further validated by many peasants’ religious beliefs as Christian Democrats. While initially conservative, Christian Democrats became increasingly radical in thought and practice over time as military repression against peasant communities became more and more brutal. This laid the foundation for the arrival of urban intellectuals who further developed peasant intellectuals’ anti-capitalist ethos, which became rooted in a combination of Social Christianity, Marxism, and Maoism.

Another crucial contribution of Chávez’s book is his focus on the role of poets, writers, students, and teachers—many of whom were or became dissident communists, or former members of the PCS who defected from the official party often over ideological differences in strategy. Chávez claims that many dissident communists who became well-known radical poets and writers, like Roque Dalton, left the PCS to form insurgent organizations alongside other peasant and urban intellectuals, which became the true catalyst of the revolutionary war. Some of these organizations included la Masacuata, El Grupo, the Fuerzas Populares de Liberación (FPL), the Ejercito Revolucionario del Pueblo (ERP), and Resistencia Nacional (RN), all of whom were founded by revolutionary intellectuals who became increasingly critical of the reformist strategies supported by the PCS, especially when it came to the question of education, and morphed into insurgent movements advocating for armed struggle.

Many of the founders of the FPL, who drew inspiration from Vietnamese Marxism, were former members of the PCS who considered the party’s focus on electoral politics to be a form of right-wing revisionism that enabled Salvadoran fascism rather than challenged it. Instead, the FPL advocated for “prolonged people’s warfare” and the construction of a “true Communist Party.” Similarly, the founders of the ERP, who drew inspiration from Chinese Maoism, privileged the formation of a guerrilla army with peasant leaders, as well as promoted mass organizing. Moreover, both organizations actively incorporated elements of liberation theology and Social Christianity into their organizing strategy, rather than dismissing religion as an obstacle to building political consciousness, which the PCS had initially posited.

Chavez’s critique of the PCS does two things: First, he challenges the idea that peasants were submissive and uninformed individuals duped into revolutionary struggle by the PCS. Instead, he suggests that peasants actually thought the PCS was too soft and needed to be more radical. Second, he questions the uniformity amongst revolutionary organizers, especially communists, by making a distinction between “Old Left” and “New Left” intellectuals, which included peasants, poets, writers, students, teachers, unionists, and Catholic diocesans, many of whom were or became dissident communists themselves. According to Chávez, dissident communists became extremely critical of the PCS’s hesitancy to opt for armed struggle as a viable strategy for revolution—despite its growing legitimacy among Latin American intellectuals after the initial triumph of the Cuban Revolution (1959) and Nicaraguan Revolution (1979)— and considered the PCS’s prioritization of electoral politics a “democratic bourgeois revolution” that was outdated and misinformed.

Instead, New Left intellectuals proposed an armed insurrection with the end goal of establishing a democratic revolutionary government. Chávez claims that it was this internal ideological struggle between the “Old Left” and “New Left” that also fomented a rise in anti-intellectualism that led to the assassination of many key revolutionary intellectuals before the war even began. Among these were Roque Dalton, Armando Arteaga, Clara Elizabeth Ramírez, José Alejandro Solano, Andrés Torres, Rutilio Grande, Melida Anaya Montes, Justo Mejia, and many more. According to Chávez, the 1970s marked the era of targeted assassinations of key revolutionary intellectuals from all sectors of El Salvador’s New Left, namely through military repression.

This unique contribution by Chávez complicates our understanding of the making of what became known as one of the most potent revolutionary insurgent organizations in twentieth century Latin America: the Farabundo Marti National Liberation Front, FMLN, which was founded in 1980.

The book avoids ahistorical or reductionist analysis of the origins of El Salvador’s 1980s revolutionary war. Poets and Prophets invites us to think more deeply and critically about the complexity and nuance that existed—and continues to exist—within El Salvador’s leftist radicalism. He accomplishes this by specifically uplifting the contributions of the rural working-class peasantry, a sector that often gets overlooked as active agents in the making of the Salvadoran Left.

This history encourages us to challenge the reductionist ahistorical interpretations suggested by public figures like Salvadoran President Nayib Bukele, who continues to neglect this history when posting to his far-reaching social media bandwagon. Rather than reproducing these one-dimensional and simplistic narratives, we should, like Chávez, work to produce histories that are grounded in the real-life experiences of those who actively struggled ideologically and politically in El Salvador’s revolutionary war. While Chávez’s book is a steppingstone in that direction, there is certainly more work to be done to unpack the deep and complex history of these movements and their forthcoming political parties.

Jennifer A. Cárcamo is a Salvadoran independent filmmaker, scholar, and organizer. She is currently a PhD candidate in the UCLA History Department (Latin America).