Kilo: Life and Death Inside the Secret World of the Cocaine Cartels (Review) 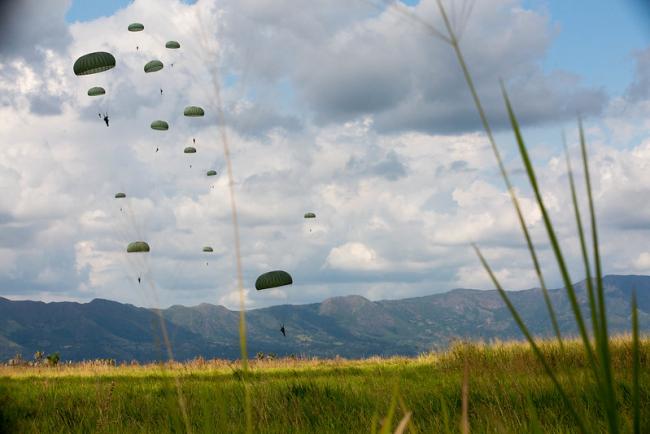 A Colombian army major recounts how a civilian coca eradicator, tasked with ripping out the crop, sets off an IED.

“The blast wave exploded his eyeballs,” the major says.

This is one of many jarring anecdotes in journalist Tony Muse’s new book, Kilo: Life and Death Inside the Secret World of the Cocaine Cartels, an equally horrifying and captivating account of the Colombian drug world since the 2016 Colombian peace agreement with the FARC.

Muse takes the role of the major telling the story—he becomes the narrator, in third-person omniscient. After the blast, the coca eradicator became “a live, screaming skull with holes for eyes,” Muse writes. The eradicator had to be evacuated by a Black Hawk helicopter, but the nearest hospital was 45 minutes away. Doctors operated on him for five hours. Finally, he died of a massive heart attack. He was only 33 years old.

“Some soldiers tell you these details because they dig your reaction,” Muse continues. “This major seems bummed out by the ordeal.”

In Muse’s estimation, the major took no pleasure in detailing the ordeal, but what about Muse himself? This question pervades Kilo.

Americanized narconovelas are the new mafia drama, with Narcos and Sicario replacing The Sopranos and Goodfellas (although, arguably, Scarface and Al Pacino’s terrible Cuban accent started the trend.) Nonfiction books like Kilo are starting to hit the mainstream too, from Ioan Grillo’s El Narco to Anabel Hernández’s Narcoland.

These TV shows and movies flirt with educational moralizing, but mostly just care about retaining viewers. The books are different. They are written by some of the most respected reporters covering Latin America, and with clear intention to portray the terror of the drug war—and the complicity of the U.S. public.

Early on in Kilo, Muse visits a Wild West cartel town. At a brothel, he interviews a 19-year-old Venezuelan migrant and sex worker who, according to Muse, “has seen more of humanity in this ghastly cell than I’ll see in several lifetimes.”

She asks him why he is writing a book. “I do this because I hope what I report will change the world,” he replies, self-aware of his naivete. “If the world knows the truth, things can change.”

Kilo doesn’t dwell on the policy failures of supply-side eradication, though, or examine crop substitution programs. It is light on academics, NGO researchers, and government officials, and the dry facts, figures, and proposals that come with them.

Muse clearly came to the same conclusion as Netflix showrunners: that the best way to attract people is morbid tales of violence with high stakes. Maybe Muse’s motivation is to reach policymakers or create a groundswell of outrage. Or maybe—as a natural storyteller and someone who’s “had a touch of the war crazies” as he writes—he just needs to share these unspeakable details.

About a sicario who has killed at least two thousand people, Muse writes, “The knowledge alone that a man like Iguano exists is enough to change you. The spectrum of evil is broader than you thought. The dark knowledge expands the mind, stains the soul.” Muse has learned the truth, and he needs to pass it on.

Whether or not it will effect change, Kilo is undeniably gripping. There is such a saturation of Colombian cocaine content that I was skeptical we needed another account of Pablo Escobar and the irony of Medellín becoming a top tourist destination. Yet Muse easily justifies the need for his book.

For one, he is covering new ground. Colombia’s drug landscape changed dramatically following the 2016 accords, and Muse’s reporting is both current and thorough. He details the failures of the implementation of the peace plan, the power vacuum it created, and even timely developments such as the arrest of the Honduran president’s brother on drug trafficking charges. While he delves into the obligatory history of Colombia’s storied past—and sometimes gets bogged down by the foundation myths—Kilo is still a necessary new volume to understanding the contemporary state of the global drug trade.

Second, the journalism is astonishing. While Muse has reported from the frontlines of Iraq and Syria, his forte is Colombia, where he has lived for more than 15 years. The conceit of the book is that Muse follows a kilo of cocaine, from harvest and processing in the rainforest to trafficking and smuggling in the cities. It is clear Muse is not a dilettante but has spent years working on the subject. He establishes himself as a credible expert passively, through access alone. This is not parachute journalism and could not have been achieved through even the most expensive fixer. Muse embeds with both cocaine pickers and a military crew tasked with eradicating the crop, with low-level enforcers and top drug traffickers, and finally, with the top U.S. Coast Guard cutter patrolling the Pacific for smugglers.

Occasionally, Muse lifts the veil to reveal how he managed to insert himself into these situations, including a few moments of sheer terror when he thinks he will be killed. For the most part, though, the reader is relegated to the back seat, thankful for the opportunity to serve as witness.

And finally, Muse is as gifted a writer as he is a reporter. Using the first-person is always a risky maneuver for a foreign correspondent, but Muse heightens the tension by framing the book through his own perspective. Every scene in the book feels more immediate, especially because he has an eye for details that make Kilo unfold like a novel. Sometimes they are as small as a sticker on the back of a trafficker’s motorbike reading, “If God is with me, then who would be against me?”

It seems unbelievable that Muse is able to record such minutiae in the thick of life-and-death scenarios, but it’s essential for adding humanity to an otherwise nihilistic world. He writes with an empathy that demonstrates he’s not just an adrenaline junkie pretending to care about those trapped in a vicious cycle. He cares about his characters and portrays them as real people in impossible situations.

After all, Muse understands the drug trade for what it is. In one of his most affecting passages, he describes the amount of the money and effort that goes into ripping out coca bushes, only for them to be replanted almost immediately: “An eternal, pointless circle.”

“It feels like a cruel, divine punishment,” he writes. “Sisyphus is the patron saint of the war on drugs.”

Leo Schwartz is a reporting fellow at Rest of World. He was previously the web editor at NACLA.