After Landmark Territorial Win, Naso People of Panama Look to the Future

The Naso won their right to a comarca recognizing their ancestral land after a decades-long struggle. 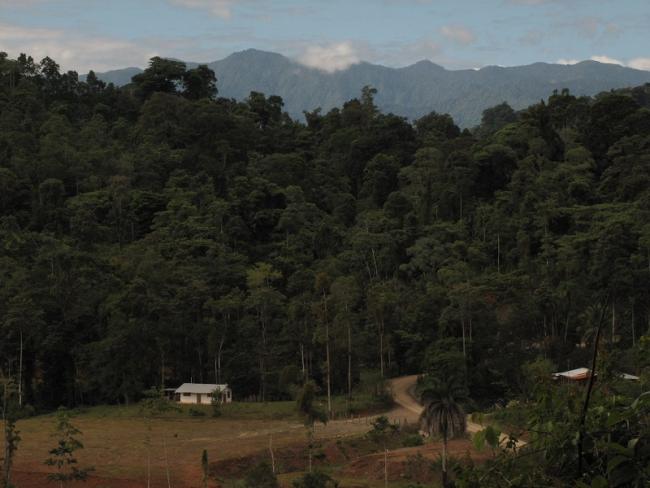 Last November, Jorge Gamarra Aguilar, an Indigenous Naso leader, was in lockdown in Panama due to the Covid-19 crisis when his phone began buzzing with messages. The news was out: the Naso had finally won the right to their ancestral land.

“I could not go anywhere and despite being alone at home, I felt so happy sharing the news with people on WhatsApp,” says Gamarra. “The joy was immense for me. I have been part of this struggle and part of this process since 1980.”

The Naso number some 4,000 people spread across dispersed communities along the forested banks of the Teribe River in western Panama, where they practice subsistence farming, fishing, and botanical medicine. The Naso are the Western Hemisphere’s last remaining monarchy.

The landmark ruling means that following a decades-long struggle, the Naso Kingdom is entitled to some 400,000 acres of traditional land. Despite nationalrar laws recognizing Indigenous peoples’ right to land, the Naso, until now, were one of two Indigenous groups in Panama without a comarca, a semi-autonomous region with enhanced legal, political, and territorial recognition.

In 1938, the government granted the first Indigenous comarca to the Guna people. This was later followed by the creation of a joint comarca for the Emberá and Wounaan in 1983, and the establishment of a shared Ngäbe and Buglé comarca in 1997. The government approved two additional Guna comarcas in 1996 and 2000. The Naso have been fighting for their own semi-autonomous region since the 1970s but encountered a lack of political will at the national level. Furthermore, their ambitions clashed with conservation projects.

“The issue of the overlap between collective Indigenous lands and protected areas has been one of the main stumbling blocks to titling Indigenous land,” says Josh Lichtenstein, program manager for the Rainforest Foundation US (RFUS).

Lichtenstein and his colleagues at the RFUS have assisted the Naso by training their youth in community mapping, supporting leaders to develop advocacy and communication plans, and supporting land title claims.

In October 2018, the National Assembly of Panama approved Law 656, which establishes the creation of a Naso comarca. However, the then president, Juan Carlos Varela, vetoed the law in December 2018 on the basis that it posed a threat to conservation efforts inside PILA, calling it “inconvenient” and “unenforceable.”

“[The government’s] legal justifications were all over the map, and not entirely coherent,” says Lichtenstein. 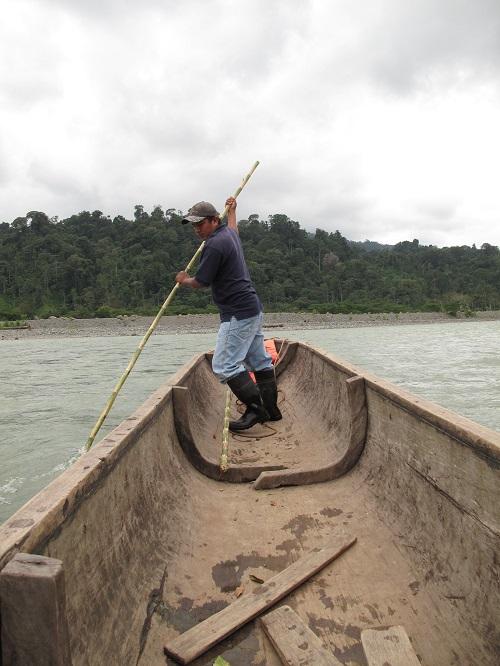 On the one hand, the government was denying Indigenous land rights on conservation grounds. On the other, it was opening protected areas to environmentally damaging hydroelectric development projects.

PILA has been at risk of being included on the UNESCO List of World Heritage Sites in Danger due to the construction of two dams in the park’s watersheds, one within Naso territory. Moreover, the government had drafted plans for more dams. To date, the property has not been included on the list and the plans for additional hydro-dams have since been scrapped. But the two existing dams have caused permanent damage to freshwater biodiversity in at least two of PILA’s watersheds.

Evidence shows that rather than being a hindrance to conservation efforts, the Naso, who have protected their forest for centuries, are the best guardians. During a 17-year period, the rate of deforestation was 10 times lower inside Naso territory than parts of PILA and BPPS. Indeed, the Naso have had formal internal rules governing the sustainable use of natural resources since the 1970s.

The Panamanian Government did in fact admit that there was no legal barrier to titling Indigenous lands inside of protected areas during a hearing at the Inter-American Commission on Human Rights in 2018, says Lichtenstein. But, he points out, it took a change in administration in July 2019 for the state to change tack.

Under the new president, Laurentino Cortizo, Panama’s Ministry of Environment legally recognized Indigenous peoples’ land rights within protected areas in late 2019. It was a significant ruling, and one that likely influenced a landmark Supreme Court’s decision a year later.

Following a two-year legal wrangle, on November 12, 2020, the Supreme Court ruled that Law 656 was not unconstitutional, and that the state had a duty to guarantee Indigenous communities’ right to their collective lands.

The Naso have been steadfast and determined throughout their struggle. Although the creation of Law 72 in 2008 recognized Indigenous peoples’ right to collective lands in areas outside of comarcas, the Naso refused to accept anything less than their own comarca.

“I think that a lot of people, even within the Indigenous movement, were trying to persuade the Naso to just go for collective lands under law 72,” says Lichtenstein. They thought that “would be much more straightforward and there is no way they were going to a get a new comarca. But they persisted, and they won.”

While the ruling is a momentous achievement for the Naso, their work is far from over.

Rafael Sánchez Villagra, a Naso ethnobotanist, says that the next step is for the Naso General Council to meet and begin establishing new internal regulations that will govern the comarca.

The Naso can decide their own internal regulations on everything from the use of resources to traditional punishment if it does not conflict with national law. Once agreed, these new regulations will form the Naso Comarca Carta Orgánica (organic charter).

According to Law 656, the Naso’s traditional governmental administrative system will continue to include the Naso General Council and the monarch, who is elected from the ruling Santana family. In other comarcas, the highest authority are governors appointed by the president. However, the Naso have rejected this. In the Naso comarca, the King will continue to have the highest authority to govern. 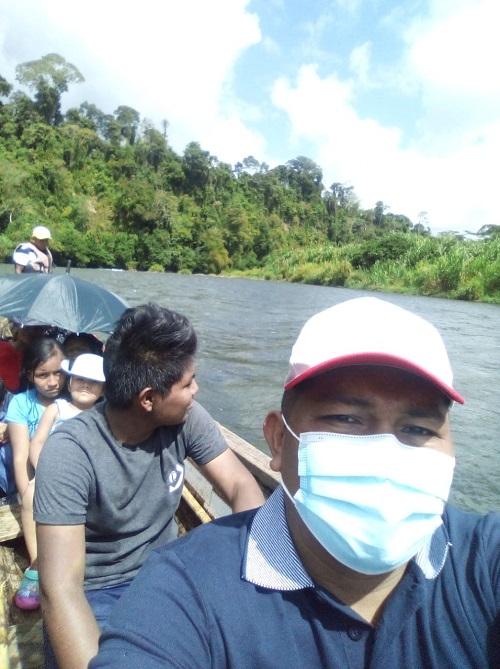 Law 656 also stipulates that there will be a Naso People’s Assembly, and the comarca, previously part of Changuinola district, will become a new jurisdiction with different corregimientos (townships). A councillor will represent each corregimiento.

The Naso now have to decide on the exact powers, forms of election, and functioning of these different political systems for their charter. Once the charter is agreed, Gamarra says that the council will form commissions and begin dialogue with the national government regarding issues such as health, sport, and the improvement of their education centers.

One challenge for the Naso will be the process of demarcating their land, which will involve resolving long-standing border disputes with neighbouring Bri Bri and Ngäbe communities.

Gamarra explains that although an agreement has been reached, they still need to negotiate carefully with their neighbors to avoid future conflicts. Unless settled, these issues, such as where communities can graze their cattle and harvest timber, will keep cropping up, adds Lichtenstein.

Another challenge concerns loss of traditions. Traditional Naso culture faces long-term decline as young people migrate to nearby cities in search of work and educational opportunities. However, Lichtenstein says that he has been encouraged to see a new generation of young Naso leaders who have a strong identification with their territory and culture.

Certainly, the task ahead is complex and formidable, but it is an exciting time for the Naso. Sánchez says, “There are challenges of responsibility, especially relating to how to manage the administration [of the comarca] today and for the future of our young people, but the whole community is optimistic and it’s everyone’s responsibility to continue to work for the benefit of the entire Naso population.”

The Naso’s win is also important for other Indigenous communities in Panama. The Supreme Court’s ruling on Law 656 confirms the country’s constitutional duty to title and respect Indigenous peoples’ right to their ancestral land, paving the way for others to make claims for land inside protected areas.

In eastern Panama, the Guna of Tagargunyal, whose land is predominantly inside the Darien National Park, are currently waiting for the outcome of their collective land claim. If successful, Lichtenstein says it would be another ‘significant win’ and the best chance of conserving the Darien.

For the Naso, however, the long journey for a comarca is over. “We have finally achieved a goal that our parents, our grandparents, and elders who have died dreamt of,” says Gamarra “They had this dream, but they never saw it. But we, their children, who continued to fight, continued to speak, are seeing it now.”

Jennifer Kennedy is a British freelance journalist currently based in Mexico. She has a Master’s in Latin American Studies from UCL and her work covers human rights and the environment in Mexico and Central America.