Joey Whitfield uses the writings of incarcerated people from across Latin America to show how penal systems reinforce the socio-racial hierarchy of the colonial age. 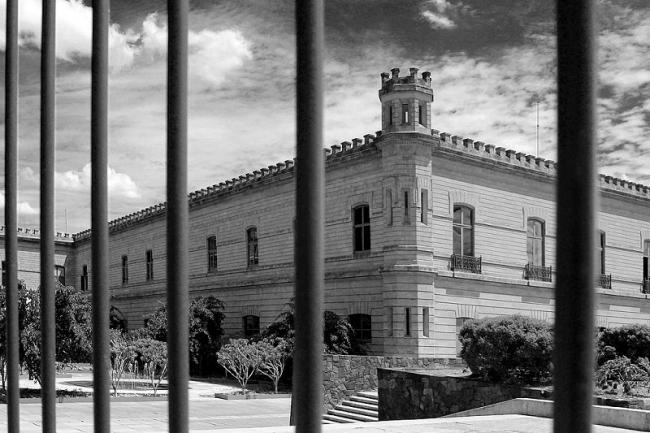 On February 23, at least 79 people were killed in coordinated clashes between rival gangs in four penitentiaries across Ecuador. It was the worst prison massacre in the country’s history. The victims had been deemed among the most dangerous people in society. Yet given that Latin America’s socially, economically, and racially marginalized communities are far more likely to be incarcerated, they were also among the most vulnerable.

At the same time, the Covid-19 pandemic has taken a disproportionate toll in prisons. In the United States, one in five incarcerated people tested positive for Covid-19—four times the rate of the wider U.S. population. The dimensions of this injustice in Latin America, where many prisons are chronically overcrowded and unsanitary, remains untold. Advocates warned in the pandemic that these conditions would be petri dishes for deadly outbreaks.

Seen through the lens of the centuries-long ostracization of marginalized groups that underpins the Latin American prison system, the perception of these communities as disposable is nothing new. Appropriating the classic configuration of class in the region theorized by Argentinian writer and statesman Domingo Faustino Sarmiento (1811–88), Latin American elites cast social divides between who they considered civilized and who they considered barbaric.

In Prison Writing of Latin America (Bloomsbury Academic), available in paperback, Joey Whitfield uses texts written by incarcerated people to demonstrate how the state’s preconceived view of who is considered civilized underpins approaches to so-called ‘criminal justice.’ These preconceptions ensure that penal systems reinforce the socio-racial hierarchy of the colonial age.

This can be clearly seen in Cuba. Despite the revolution’s initiatives to emancipate Black citizens, the government’s penal system still disproportionately treats them as barbarian threats to public order. For instance, Whitfield writes that there is a “dramatic imbalance in the number of white and non-white Cubans imprisoned under the notorious ‘Ley de Peligrosidad Social’ (Law of Social Dangerousness).”

“This law, which dates back to the dictatorship of the 1930s, allows for the apprehension of individuals perceived by police to have a ‘special proclivity’ to commit crimes despite their not having yet actually committed any.”

The law is intrinsically vague, and grants space for prejudice. According to Whitfield, its lopsided application attests to “culturally constructed notions of black dangerousness.” To use Sarmiento’s expression, the police have a tendency to preconceive Afro-Cubans as barbarians.

One Cuban writer who has pointed out this prejudice is Ángel Santiesteban (1963–), who was imprisoned after trying to help his brothers flee the island on a raft. Santiesteban compares the revolution’s use of forced prison labor to the Spanish slave-holding era and, in parallel with the reformist conversation in the United States, describes the unbroken lines that run from the colonial plantation to the revolutionary penitentiary.

If the Law of Social Dangerousness was intentionally nebulous, then the Cuban crackdown on homosexuals was deliberately clear. In 1971 the government categorized homosexuality—which it euphemistically and pointedly called la extravagancia—as a “social pathology.” In order to prevent the disease spreading, it banned homosexuals from positions of social influence.

The most famous ‘extravagant’ dissenter was the writer Reinaldo Arenas (1943–90). Arenas, who had briefly been a member of Castro’s movement during the insurrection campaign, found that his mere sexuality made him a counterrevolutionary.

In person and on the page, Arenas was open about his bountiful capacity for free homosexual love. After a time on the run, he was incarcerated in El Morro—the fortress-turned-prison that overlooks the Havana harbor. His beautiful, moving, and often outrageous memoir, Antes que anochezca (Before Night Falls)—written in exile in the United States—is a condemnation of the violent, drug-infused chaos of El Morro. Prison life was so degrading that Arenas even refined his philosophy of bursting sexuality:

“I refused to make love with any prisoner…There was no beauty in the act, it would have been a degradation…In jail, sexual intercourse became something sordid, an act of submission and subjugation, of blackmail and violence, even of murder.”

Born in rural Oriente Province, Arenas began life as a guajiro—a man of the mountain. His literary achievements ought to have conferred ‘civilized’ status, but the government’s censure of homosexuals kept this ‘extravagant’ writer a barbarian. His conflict with the Cuban state is the perfect example of Sarmiento’s dichotomy.

The state might not have treated Arenas as a privileged man of letters but, as Whitfield brilliantly unravels, Arenas’s conception of himself leads to its own elitist, exclusionist temperament. Although Whitfield does not cite it, a prime example from Antes que anochezca is Arenas sleeping while “embracing the Iliad, smelling its pages.”

“Books were in great demand,” Arenas writes. “I did not let go of my Iliad, which I knew was much coveted by other prisoners, not for its literary value but because with its fine paper they could roll 'cigarettes' by using the stuffing of bunk mattresses or pillows.” The other prisoners are not as sophisticated as Arenas and, as Whitfield does argue, the author’s sense of superiority “contributes to a sense of prisoner sub-class."

Whitfield sees a similar dynamic in Diario de Lecumberri (Diary of Lecumberri), the semi-autobiographical prison novel of Álvaro Mutis (1923–2013). Mutis, then public relations manager for Standard Oil, was detained in Mexico City’s infamous Lecumberri prison for embezzling company money to use against the regime of Colombia’s strongman Gustavo Rojas Pinilla.

To Mutis, the people he is incarcerated with appear like characters from Shakespeare, Dickens or Balzac. According to Whitfield, in Mutis’s treatment, “Lecumberri becomes something akin to a freak show occupied by eccentrics and mass murderers.”

Whitfield observes this perspective most clearly in the scene where Mutis describes the incarcerated playing an especially wild game of Russian roulette. Whitfield takes this scene as Mutis’s interpretation of the randomness of life and argues that this divorces these inmates from their underprivileged social backgrounds. To a man of letters, imprisonment may seem like a chance event; for those regarded as barbarians, the outcome of the spinning wheel is more predictable.

Whitfield’s analysis of his selected texts is sharply argued and full of perceptive insights but could be more detailed. For instance, more quotation from the primary sources would have corroborated the value of analyzing prison literature. A fascinating chapter on Peru is more interesting for its history of the prison and Sendero Luminoso than for the prison writing of the era.

Prison Writing of Latin America is a very well written academic book—at times crafted with its own literary flair. Particularly polished is Whitfield’s description of the life of José León Sánchez (1929–), an illiterate Indigenous orphan accused of stealing the jewels of the patron saint of Costa Rica. Composed on the paper bags of cement he slept on in prison, his 1967 novel, La isla de los hombres solos (The Lonely Men’s Island), has sold over two million copies.

But such productivity in custody is rare. Without substantial changes to how elites regard marginalized people, prisons across Latin America will continue to be underfunded, overcrowded and unsafe.