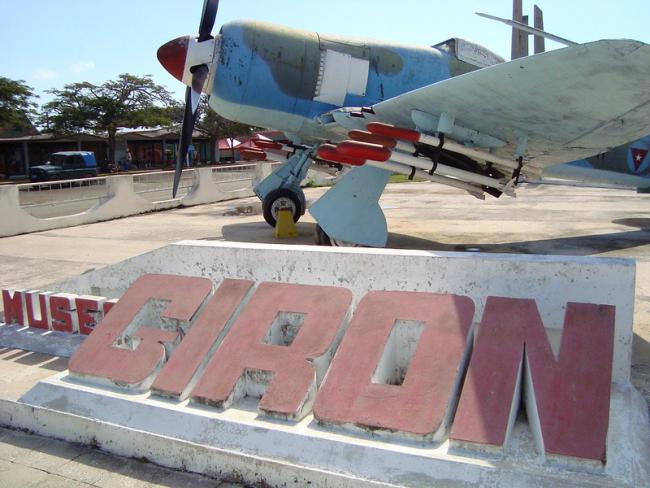 No more lies
My people ask for freedom, no more doctrines
Let's no longer shout fatherland or death but fatherland and life

On February 16, Gente de Zona, Yotuel, Descemer Bueno, and Maykel Osorbo released a song in solidarity with the San Isidro movement of artists, journalists, and professors campaigning for freedom of expression in Cuba.

‘Patria y Vida’ (Fatherland and Life) protests decades of government censorship and Newspeak. Most polemically, it upends one of Fidel Castro’s most famous slogans: ‘¡Patria o muerte!’ (Fatherland or Death!).

Two days later, the Cuban Ministry of Culture tweeted: “Did you know that ‘Fatherland and Life’ is a phrase pronounced by Fidel Castro on December 23, 1999 in a speech before Cuban pioneers who guarded the U.S. Interests Section in Havana, demanding the return of the child, Elián González.”

Excavating this long-forgotten speech, the government undermined the musicians’ criticisms of its historical record, and added a reminder of one of its most high-profile successes—winning the custody battle for González, a child migrant with family on both sides of the Florida Straits. As the controversy illuminates, government loyalists and adversaries, both on and off the island, turn to the past to burnish their arguments about Cuba’s present.

Michael Bustamante’s Cuban Memory Wars: Retrospective Politics in Revolution and Exile (UNC Press, 2021) is therefore especially timely. Bustamante explores contested narratives of the Revolution, focusing on its first two decades in power (1959–79). He highlights the diversity within islander and exile communities, and the different ways they have understood their history.

The Cuban Revolution has a longstanding interest in historical memory. In the early years, references to the Batista era provided a clear contrast to highlight the inferiority of the ancien régime. In the decades that followed, the government invoked its citizens to match the glory of the Revolution’s golden age; in particular, the Playa de Girón (Bay of Pigs) invasion. Bustamante writes:

“Through the mid-1960s, shortages of goods worsened, compounded by the effects of U.S. sanctions and continued domestic mismanagement. In this context, calling production campaigns in the sugar fields or on the factory floor ‘new Giróns’ became a repeated refrain to channel the gusto with which Cubans had defended the island.”

For the Cuban government—in the absence of an electoral mandate—the historical record provides a crucial frame of legitimacy. This is the government that facilitated Afro-Cuban empowerment, rural literacy, and fought off a U.S. invasion. But, in the ubiquity of historical references—party billboards, streets re-named for revolutionary figures, and house-museums—Bustamante sees a paradox.

Even as (or perhaps, because) the ‘historic generation’ of guerrilleros passes away, collective memory continues to matter. At present, as the Cuban economy stalls from the effects of the coronavirus, Cuba’s home-grown vaccines—which are in advanced stages of development—all carry historically-noteworthy names. Two are called Soberana (Sovereign), a reference to the nation’s acquisition of political sovereignty since 1959; one, Mambisa, refers to Cuban guerrilla warriors who fought against Spain in the 1860s and 70s; and the fourth, Abdala, is the title of a poem by the ‘Apostle of Independence,’ José Martí. The names—great examples of what Bustamante calls “retrospective politics”—try to frame Cuba’s recent success in biochemistry as a continuation of its anti-hegemonic past.

90 miles north of Havana, collective memory is less centralized and more varied. Although there is a stereotypical Cuban exile—the anti-communist, Republican-voting South Floridian—that image obscures the different circumstances that led to arrival on U.S. shores. These exiles (gusanos, or worms, in Cuban government parlance) include both whites and Afro-Cubans, batistianos and democrats, revanchists and those content to move on from the past.

As Bustamante points out, even in the decade following Castro’s victory, Cuban-Americans who fled the island went on to forge left-wing coalitions in the U.S. One working-class exile group, named Abdala (another use of Martí’s poem), developed close ties to the civil rights groups of the 1960s, the Young People’s Socialist League (YPSL), and the youth wing of Social Democrats, USA (formerly, the Socialist Party of America). Others created cultural content that, while uniquely Cuban-American, eschewed revanchism. The bilingual sitcom ¿Qué pasa, USA? (1977–80, PBS) refused to look nostalgically southward or into the past.

Whereas the characters in ¿Qué pasa, USA? overcome feelings of dislocation by making a home in Florida, nostalgia and memory are powerful tools for exiles with conservative political aspirations. And, as many social scientists have pointed out, memory—both individual and collective—can mutate. Take the case of Senator Marco Rubio and his family. Rubio, one of the most powerful Cuban-Americans, claimed his parents came to the U.S. after Castro’s victory—thereby granting them privileged social status as political, rather than economic, exiles and giving Rubio a common ground with the majority of Cuban-American voters. In fact, the Rubios arrived in May 1956, when Castro was in Mexico, still in the early stages of planning his insurrection.

When the truth was uncovered in 2011, Rubio pleaded innocence, explaining: “I’m going off the oral history of my family.” So important is the past to many Cuban-Americans that, at some point, the Rubios chose to identify with the post-1959 exiles, and this new tale became the family lore.

The Rubio incident falls outside the time period of Bustamante’s study, but runs in parallel with one of his main arguments. Memory is defective and mutable and, in the aftermath of Castro’s rise to power, for Cubans on and off the island, “the cult of remembering was accompanied by cults of forgetting.”

These cults of forgetting, says Bustamante, prevent Cubans from appreciating what they have in common with compatriots across the Straits. Even the Bay of Pigs invasion—the bitterest and most confrontational moment between the Revolution and its enemies—challenged the stereotype of a Cuban people divided by the sea. A government-authorized island playwright reflected that brother fighting brother was not so much evidence of treason as of tragedy. And when the government broadcast the exiles’ trials on television, many islanders witnessed the interrogation of family members or friends.

The equivocation on the island is captured by a tale Bustamante uncovered through oral history. “When news of the exile-led invasion arrived, some on the island purportedly walked out to the street and shouted, ‘I’m with you!’ at the top of their lungs with purposeful ambiguity.” For Bustamante, such purposeful ambiguity provides “inconvenient evidence that the line between revolution and counterrevolution had in fact been blurry.”

That line has blurred further since Barack Obama’s rapprochement with Cuba in 2014, and increased internet access on the island since 2015. Cuban-Americans travel to the island with suitcases full of electrical appliances and American kitsch. Visit any city in Cuba and you’ll see Yankee caps, Fort Lauderdale tees, and the Stars and Stripes draped over a bicitaxi.

In this readable work, Bustamante successfully highlights the diversity of opinion on and off the island, demonstrating the limitations of popular stereotypes. The macro-history he tells is well-known to cubanólogos, but his framing of the 1959–79 period recovers stories that are too-often obscured by the construction of political narratives. If only this project extended closer to the present.

The ‘Patria y Vida’ controversy reminds us of the seminal importance of the past to the Cuban present, and how each side appropriates memory for it cause. Bustamante’s book provides the background to today’s disputes and lays the foundation for future research into “the Cuban memory wars.” A further book exploring the Mariel Boatlift, the Special Period, and reggaeton lyrics, would be very welcome.