Teo Ballvé unpacks the discourse of state absence in Northern Colombian and argues that statebuilding does not necessarily result in peacebuilding. 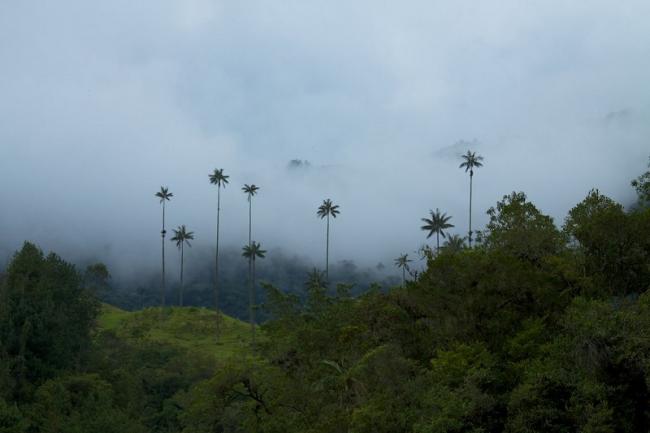 On a recent visit to Colombia’s Pacific Coast on a human rights delegation, I met with representatives of the Navy and Police about the security situation in the region. In one of these meetings, a Navy officer lectured me that the absence of the state leaves young people without any other opportunity but to turn to armed groups until a phone call interrupted him.

As the meeting concluded I pondered asking the Navy officer, “Aren’t you the state?” But I decided it was prudent not to raise the question.

Yet, the absence of the state is a common theme I have encountered here in Colombia. The narrative is repeated by nearly every representative of the Colombian state and many people from social movements that fight against state and non-state repression. It often serves political and economic elites because it allows them to portray the Colombia where the state is present as the real Colombia and the other Colombia as a vestige of the past. The absent state narrative also facilitates the accumulation of capital in these regions by promising that with the state will come economic development.

Teo Ballvé’s The Frontier Effect (Cornell University Press 2020) expertly unpacks the discourse around state absence in the Northern Colombian region of Urabá. Ballvé makes an argument that proves to be controversial in the field of international development: that state-building does not necessarily result in peacebuilding. Ballvé argues against the Hobbesian conception of the modern state as the bulwark against barbarism that saved humanity from the state of nature. He examines how, despite the supposed absence of the state in Urabá, both guerrillas and paramilitaries attempted to build their own state structures while engaging to various degrees with existing state structures.

Urabá is part of Antioquia, a province defined by the white paisa culture, the culture of Colombia’s Eje Cafetero, and known for Colombia’s second-largest city, Medellín. Ballvé demonstrates that the tension between the white paisa culture and the mixed-race population of the region was key to create a racialized (post)colonial ideology, like manifest destiny in the United States, that sought to “finish” the colonial conquest.

After Colombia lost Panamá to independence in 1903, the Colombian state needed to ensure that there would not be another breakaway territory. Expanding state influence in Urabá became a key priority. This nationalism, mixed with the neo-colonial attitude of the paisa elites, set into motion a series of initiatives to bring the state to Urabá. First came a failed state initiative to colonize the area with Paisas, then a highway that would connect Medellín to the sea, and finally the introduction of United Fruit banana farms to the region.

The banana farms led to union organizing, which eventually brought two of the country’s leftist insurgencies to Urabá: the Maoist Ejercito Popular de Liberación (People’s Liberation Army) and the Marxist-Leninist Fuerzas Armadas Revolucionarias de Colombia (Revolutionary Armed Forces of Colombia). Ballvé discusses the trials and tribulations that both groups faced while creating a base in Urabá and how that base building would set up a state-like structure.

Ironically, it was the Community Action Juntas (Juntas de Acción Comunitaria), an institution started by the National Front government, the political alliance of liberals and conservatives that governed Colombia from 1958 to 1978, that allowed the guerillas to build their bases. These juntas were envisioned as a space for ordinary Colombians to have a voice in the governance of their communities and to dialogue with outside interests.

The guerillas strategically used the juntas to push labor codes and the formalization of land occupations, and eventually formed their own political parties. In this way, the guerillas were able to use existing governmental structures to push forward their agenda. These organizing efforts made Urabá a stronghold for the Unión Patriótica, the FARC’s political party in the 1980s.

But the guerilla hegemony didn’t last long. With the massive influx of capital from the cocaine boom in the late 1980s and 1990s, the paramilitaries moved in. The paramilitaries announced their arrival with massacres and displacements, targeting communities that they perceived as bases of guerillas, whether or not the campesinos supported the rebels.

The paramilitaries understood that they could not hold these territories by pure violence. Ballvé uses the work of Italian Marxist Antonio Gramsci to study how the paramilitary group Bloque Elmer Cardenas moved from a “war of maneuver,” the physical taking of territory, to a “war of position,” establishing hegemony in Urabá by gaining the support of the local population.

Ballvé dedicates the longest section of the book to examine how the Bloque Elmer Cardenas continued the guerrilla’s state-building projects despite the vast ideological difference between the two groups. While on the surface these projects seem like a simple way for paramilitaries to put a nice face on war crimes, Ballvé shows that it was much more complicated. The Bloque incorporated community organizing in their work to address various concerns of the local communities using existing state institutions and coercing certain sectors of the elite.

Yet, Ballvé doesn’t parrot the paramilitary narrative that they brought the state to Urabá. He looks at how the Bloque’s later state-building process ended up masking money laundering, corruption, and capital accumulation in grassroots development projects like palm oil plantations.

Ballvé ends the book by looking critically at how Medellín is again projecting itself onto Urabá. This time, the state seeks to export the “Medellín Miracle”’ and the social urbanist policy that is the hallmark of current presidential candidate and former Antioquia Governor Sergio Fajardo. For instance, under Fajardo’s term as governor of Antioquia, there was a massive expansion of electrification in Urabá and the construction of three satellite campuses of the Universidad de Antioquia.

Ballvé’s study of Urabá stands out for his embrace of Marxist geographers, including David Harvey and Henry Lefevbre, to understand the spatial production of the frontier as a place where the supposed absence of the state compels various actors to get in the business of state-building.

The Frontier Effect is an essential read to better understand the Colombian conflict and will hopefully become a key text for students of Latin American Geography. Ballvé previously worked as a journalist, including as a NACLA contributor, and the book is fairly easy to read and manages to convey complex concepts in understandable language.

With a National Strike roiling the country, Colombia is once again in the headlines. The issues surrounding the country’s armed conflict and the absent state discourse are more relevant than ever. The Frontier Effect helps readers go beyond the headlines and understand how neocolonial discourse about space still shapes the way we see rural Colombia.

Cruz Bonlarron Martínez is an independent writer and researcher currently based in Colombia. He holds an MA in Latin American and Latino Studies from the University of Illinois at Chicago and a BA in Geography from the Ohio State University.