The conservative backlash against efforts to expand sexual and reproductive rights in the Americas threatens a dangerous regression in human rights. 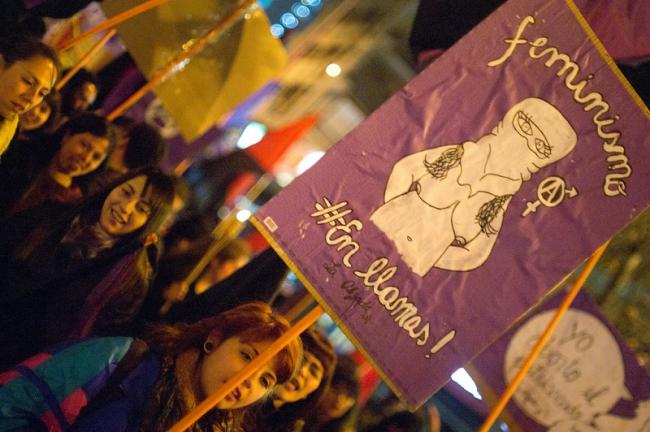 It has been a good year for Latin American sexual and reproductive rights movements. Costa Rica became the first Central American country to legalize same-sex marriage in May 2020, and Argentina legalized abortion in December 2020. The Biden-Harris administration moved quickly in 2021 to rescind former President Trump’s Mexico City policy, also known as the global gag rule; disband former Secretary of State Mike Pompeo’s Commission on Unalienable Rights; and renounce the Geneva Consensus Declaration, which included the assertion that there is “no international right to abortion.” Optimists note a wave of support for sexual and reproductive rights in Mexico, Chile, Colombia, and elsewhere in the hemisphere.

Still, a conservative backlash is resurgent, marked by demonstrations in the streets—and an anti-abortion push at the Organization of American States. An ultra-conservative coalition is testing its power on several fronts: cutting funding to the OAS, promoting anti-abortion candidates to OAS positions, pressuring OAS leaders to declare allegiance to their cause, and developing legal strategies to re-interpret inter-American human rights law.

After four years of unprecedented access to the White House, the global anti-abortion coalition may be in for a rough ride. They are concerned about a preponderance of “proabortion judges” on the Inter-American Court of Human Rights and the Biden administration’s commitment to treat sexual and reproductive rights as human rights. Far from giving up, though, they are plotting their long game.

The latest attack on the OAS started in late 2018, when nine Republican senators wrote a letter to Pompeo accusing OAS organizations of lobbying “for the legalization of abortion” in Latin America. Two of the signatories, Mike Lee (R-UT) and Ted Cruz (R-TX), published an op-ed calling on the Trump administration to cut U.S. funding to the OAS. Pompeo promptly complied, cutting the OAS budget to punish the organization for “advancing the pro-abortion cause.” The campaign escalated a month later, when the right-wing governments of Chile, Argentina, Brazil, Colombia, and Paraguay issued a joint statement calling on the OAS to respect states’ sovereignty. This move reversed liberalizing trends in reproductive rights and shocked human rights activists with its regressive implications. In 2020, an alliance of U.S.-based prolife groups openly threatened to oppose OAS Secretary General Luis Almagro’s re-election bid, reversing course only when Almagro stated publicly that the right to life is a fundamental right.

Why such high-level pressure?

Right-wing opposition to multilateral agencies is nothing new. But conservative animosity toward the OAS is growing as the Inter-American Court increasingly rules to expand sexual and reproductive rights. Conservative religious activists were incensed by two 2012 rulings: Atala Riffo and Daughters v. Chile and Artavia Murillo et al. (“In Vitro Fertilization”) v. Costa Rica. The first case awarded equal protection to LGBTQI+ parents in child custody cases. The second overturned Costa Rica’s 12-year ban on in vitro fertilization and took the opportunity to clarify a key provision of the American Convention, which had until that point been considered “the most pro-life treaty in the world.” Article 4.1 of the American Convention says: “Every person has the right to have his life respected. This right shall be protected by law and, in general, from the moment of conception.” According to the anti-abortion organization C-Fam, this made the American Convention “the only treaty to explicitly protect the right to life ‘from the moment of conception.’”

The Court offered a different interpretation. The Artavia Murillo decision stated for the first time in international law that reproductive rights are human rights. Embryos cannot be considered juridical persons under the American Convention, the judges ruled, and women’s lives must take precedence over embryos and fetuses. The decision applied to 23 countries, delivering a crushing defeat for the anti-choice cause. Conservatives labeled the decision one of the worst in the history of the Americas.

Conservatives were further enraged by a 2018 Court decision that effectively legalized same-sex marriage across the hemisphere. In an Advisory Opinion customarily regarded as binding on all OAS member states, the Court held that the American Convention offered legal protections—including marriage, adoption, and inheritance rights—to same-sex couples. It also held that transgender persons should have the right to change their names. The Opinion convinced Ecuador (2019) and Costa Rica (2020) to legalize same-sex marriage, while Chile and Uruguay expanded gender identity protections in 2019. Other countries, including Bolivia and Cuba, seem poised soon to follow suit.

This mounting anti-OAS campaign is orchestrated by a global anti-abortion and anti-LGBTQI+ coalition that includes ADF International, C-Fam, and dozens of other organizations. ADF International is an ultraconservative legal advocacy organization that figures prominently in Latin American legal and political debates, according to Open Democracy, including those critical of the OAS. ADF alleges that the OAS promotes abortion, engages in pro-abortion cultural imperialism, imposes a “false interpretation of when life begins,” and violates national sovereignty. ADF boasted of helping “create language that resulted in the US government cutting taxpayer funding to OAS for promoting abortion.” It claims to want Latin American countries to have greater freedom to determine their own standards of human rights. C-Fam, for its part, pushes its agenda mainly at the United Nations but began raising alarm about the OAS more than a decade ago, when it accused the IACHR of becoming “yet another venue for the promotion of abortion.”

One long-term strategy of this anti-abortion movement is to modify national constitutions. The right to life, conservatives say, is a fundamental human right, without which no other rights matter. They claim that the right to life from conception is part of a distinctly Latin American human rights tradition. Constitutional amendments recognizing the right to life from conception now exist in roughly half of Mexican states as well as El Salvador, the Dominican Republic, and Peru. In January 2021 Honduran legislators rushed through a constitutional amendment stating that human life begins at conception and that marriage is “between a man and a woman.” The media has treated these amendments as national stories or, in the case of Honduras, labeled it a reaction against the legalization of abortion in Argentina. Viewed from a hemispheric perspective, though, these amendments are part of a coordinated effort to fortify national constitutions and insulate them from international human rights law, anticipating a time when the Court will recognize greater national sovereignty over life and family matters.

Sovereignty is at the heart of the anti-OAS campaign. Pompeo’s State Department spelled it out in a 2020 report to the UN Human Rights Council: “The United States believes in the sovereign right of nations to make their own laws to protect the unborn, and rejects any interpretation of international human rights to require any State to provide access to abortion.” In March 2021 Elliott Abrams, of Iran-Contra infamy, signaled that conservatives would work to keep this idea alive during the Biden administration. “Of course we believe there is a hierarchy of rights,” he wrote, “because some rights have Constitutional protections and others do not.” Constitutions matter.

Another long-term strategy involves honing conservative legal arguments in hopes of persuading a future Inter-American Court to defer to member states. The legal technicalities are complex but critical to how supranational courts will ultimately rule. For example, Pompeo’s Commission on Unalienable Rights proposed allowing member states a margin of appreciation, to “have some leeway to base their human rights policy on their own distinctive national traditions.” ADF International advocates a principle of subsidiarity, which holds that “national legislatures and courts are in fact better equipped to deal with issues where consensus is not possible on a global scale.” A debate is raging over the doctrine of conventionality control, according to which all judges should rule in accordance with IACHR and Inter-American Court interpretations of the American Convention. Former Costa Rican President Miguel Ángel Rodríguez even suggested that Costa Rica should try to amend the American Convention to enshrine the inviolability of life from the moment of conception. Such arguments, based on the assertion that an activist Court has exceeded its authority, aim to wrest sexual and reproductive rights from the Inter-American human rights system and return it to states instead.

The campaign to sway the OAS is dangerous. Not only does it ignore massive mobilizations in support of reproductive and sexual rights across Latin America, it threatens a half-century of human rights jurisprudence in a region with ongoing human rights violations. Pressure on the OAS needs to be called out for what it is: an effort to hobble sexual and reproductive rights movements and to undermine the Inter-American human rights system.

Lynn M. Morgan, Professor Emerita of Anthropology at Mount Holyoke College, is a feminist medical anthropologist and author of Icons of Life: A Cultural History of Human Embryos.