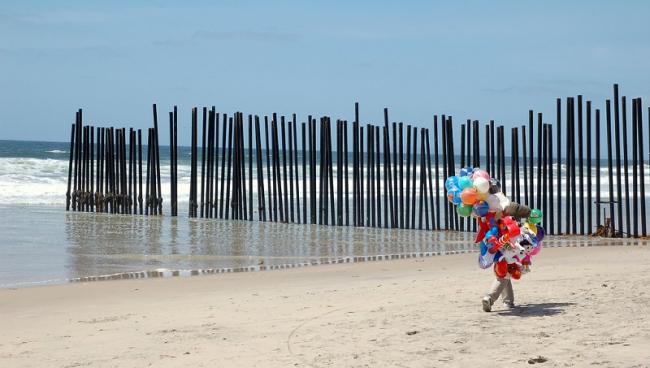 In March 2021, over 18,000 unaccompanied minors arrived at the U.S. southern border fleeing precarious conditions in Central America. Many policymakers seem to view what is taking place at the border as a “crisis” or “surge” due to so-called “open-border” under President Joe Biden’s administration. However, unaccompanied minors coming to the United States searching for safety should never be viewed as any sort of national security threat.

The current border situation is not because of an “open-borders” policy, and the Biden administration has not opened the border. Rather, Biden is using the same failed policies of the last several years. This includes the provision known as Title 42, a public health policy that the Trump and Biden administrations have invoked to expel asylum seekers without due process under the auspices of Covid-19 precautions and concerns. The policy has been particularly damaging to Black immigrants, proving the grounds for the government’s deportation of 27 planeloads—more than 1,400 individuals—of Haitian adults and children since February 2021. The Biden administration recently extended Temporary Protected Status to Haitians for 18 months. Although a significant win, some warn this will be another band-aid solution.

If the United States truly wants to stem the increase of immigrants and immigration on the southern border, it must first speak to the root causes of the situation, including the fragile, dangerous reality people and communities in Central America face every day. President Biden has tasked Vice President Kamala Harris and Special Envoy for the Northern Triangle Ricardo Zúñiga with addressing the root causes of migration from that region. The administration announced $4 billion in aid over four years, in addition to $310 million in emergency Covid-19 aid to Honduras, Guatemala, and El Salvador. Although aid should be a crucial aspect of addressing economic problems, it can have consequences that contradict its intentions, particularly if the money goes to the military and police forces.

The Northern Triangle countries sadly prove the point. The United States provides military and security funding to governments and military forces in the region that target their own citizens. This means that many of the human rights violations carried out by these Central American militaries are done with U.S. tax-payer money and tacit support. For instance, in 2017, Honduras was named as the deadliest country in the world for environmental activism. A Global Witness report outlines how the Honduran police and military are heavily implicated in violence against land and environmental activists. Although the U.S. provides the region aid for different issues including economic growth and good governance, the largest sums goes to the security sector. That money has partially served to support governments that use state security forces to supress dissent and activism.

International development projects, often funded by development agencies and private sector business, can also fuel human rights abuses throughout the region. Development projects can and have resulted in natural resources being exploited and environmental and human rights defenders being targeted for harassment. The assassination of human rights and environmental defender Berta Cáceres in Honduras is just one tragic example that illustrates the broader point. The dam that Berta and the Lenca-led organization COPINH were protesting was partially financed by USAID and by other international development organizations, including the World Bank and FinnFund.

Additionally, the Honduran military, which receives millions from the U.S. government, was found to be involved in Cáceres murder. The hitmen included army officers, and two had received military training in the United States. The Biden administration must make sure that aid is channeled mostly through local human rights and nongovernmental organizations paired with strict accountability measures. The administration should suspend military aid to Honduras and condition it until the human rights situation is significantly addressed, including with human rights violators being brought to justice.

Unaccompanied minors and other migrants come to the United States due to systematic causes. These include corruption, human rights abuses, gang and gender-based violence, poverty, and climate change—all of which have been exacerbated during the pandemic. U.S. policy toward Central America can either perpetuate or help remedy long-standing structural causes.

A recent example comes from 2017. After unrest stemming from fraudulent elections, the Trump administration recognized Honduras as compliant with human rights, despite statements and reports to the contrary from the United Nations, the Interamerican Commission on Human Rights, and civil society organizations in both the United States and Honduras. The United States recognizing Honduras as complaint with human rights, and looking away from fraudulent elections and other systematic abuses, helped cement the power of President Juan Orlando Hernández and other public officials at various levels who have been implicated in the illicit drug business. This includes the president’s brother, a former congressman, who was just recently found guilty of drug trafficking in the United States. The path to Hernández’s rise to power was paved by the 2009 military coup, which the Obama administration helped rubber stamp by backing the widely boycotted post-coup elections.

A positive first in U.S. foreign policy toward the region would be to hold deeply corrupt governments truly accountable for their actions. Likewise, a just response to the situation at the boarder can start by understanding that corruption, inequality, and human rights violations abroad are not accidents but the result of deliberate choices by those in power and the tacit support of their allies.

As part of their efforts to tackle root causes of migration, Vice President Harris and Special Envoy Zuñiga have discussed launching an anti-corruption task force. However, if this initiative goes forward, it would need to follow robust measures, especially in Honduras, where the president and his family are implicated in what a U.S. district judge called “state-sponsored” trafficking.

Lastly, assistance should focus on those most vulnerable to abuse by those in power, including women, unemployed youth, and Indigenous populations. Zuñiga recently said that the conversations on root causes broadly involves members of “civil society, from social issue groups to members of the private sector, members of the media.” However, for comprehensive and sustainable change, these groups must also be included when it comes the distribution of aid and other important actions. Investments should focus on community-based violence prevention groups, expanding educational and workforce opportunities, and civil society initiatives that work with local communities.

Just like in the United States, massive spending on prisons and surplus military hardware will not address underlying socioeconomic problems, nor will they prevent immigrants from undertaking the perilous journey north. And providing more funds to Immigration and Customs Enforcement and U.S. Customs and Border Protection is also not the answer; we have seen too many examples of abuse to perpetuate cruel and inhumane immigration practices. But investing in local-led projects that build peace, access to jobs, healthcare, and education can transform and strengthen communities.

If there is a “crisis” in need of a solution, it’s the poverty, violence, corruption, and government indifference in many Central American nations, tacitly endorsed by misguided U.S. policies and only made worse during the global pandemic. Lack of economic opportunities and access to basic services, along with climate change and ongoing violence from multiple actors, create an extremely difficult environment for peaceful living and basic success.

In addition, Hurricanes Eta and Iota recently shook the region, and many affected residents have not yet recovered their homes and livelihoods. The health risks for those who work in the informal economy have risen exponentially during the current global pandemic. Ensuring conditions for safe and dignified lives should be the priority.

The Biden administration can work with Congress to address the root causes of migration. Or it can stick with the status quo. Hundreds of thousands are waiting for an answer—and some small share of hope.

Marisa León-Gómez Sonet is the Legislative Associate for the immigration and refugee program at the Friends Committee on National Legislation. She works towards a more humane and dignified immigration and refugee system. She holds a master’s degree in global affairs with a concentration in international peace studies from the Keough School of Global Affairs at the University of Notre Dame.