Production of a dual-language podcast from WNYC Studios and Futuro Studios offers lessons for journalism that breaks away from the white gaze. 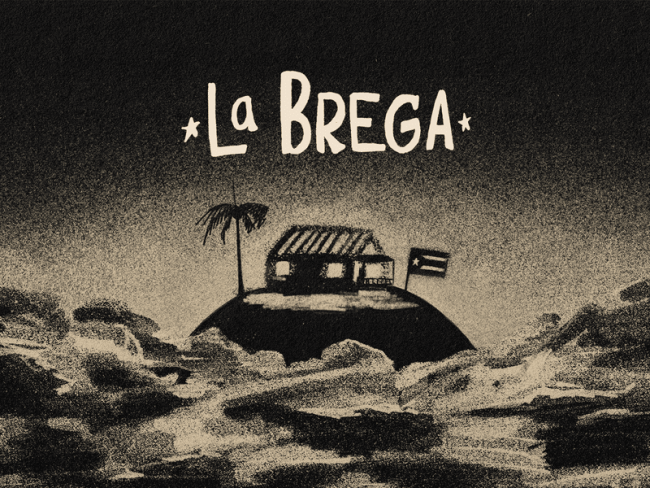 There are several versions of the legend of how the Taínos killed Diego Salcedo, a Spanish conquistador in Puerto Rico, in 1511. In the most famous telling, they drowned him while he was kneeling to take a drink from the Rio Grande de Añasco, and then watched over his corpse for three days. They feared he would come back to life, but instead Salcedo’s body began to rot in the heat. That’s how the Taínos came to understand that the Spaniards weren’t gods but vulnerable humans, and it refuted what they had understood about resurrection from Catholic priests.

Encouraged by proof that the Spaniards were mortal, the Taínos organized and launched a war against the colonizers, led by Agüeybaná II. It wouldn’t end well, but Salcedo’s death and the realization by the side of the river is a kind of Caribbean-style David versus Goliath victory. When people mention Salcedo and the Taínos today, it’s a shorthand for realizing that an enemy has vulnerabilities and that the underdog does in fact have agency.

There are several differences between the Spanish and English versions of episodes of La Brega, and among my favorites is a passing reference to Salcedo and the Taínos. It comes in an episode called “Basketball Warriors,” or “Guerreros del Basket” in Spanish, when the Puerto Rican player Rolando Hourrouitiner describes what it felt like when the island’s basketball team defeated the United States in the 2004 Olympics. In his first interview with us, in English, he said the stunning victory was like David beating Goliath—short, to the point. But when Hourruitiner spoke to our producer Ezequiel Rodríguez-Andino for the Spanish version, he repeated the David and Goliath reference—and then added another. “Eran [como] los Taíno con Salcedo, dicen: son humanos...pueden morir también y nosotros tenemos el poder de hacerlo,” he said. It was like the Taínos with Salcedo, where they realized: they’re human, they can also die, and we have the power to do it. 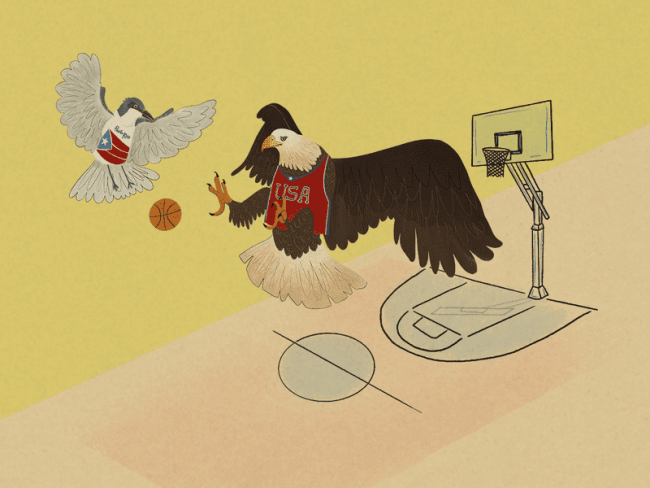 The reporter narrating the story, Julio Ricardo Varela, doesn’t stop the story to explain who Salcedo was or unpack the moral of the story, or even how it relates to the Puerto Rican basketball victory over the U.S. Dream Team. It would have slowed the pace of the narrative and felt like a detour, and worse yet it would have signaled something subtle to Spanish-speaking listeners: this isn’t for you, it’s for people who need more context. In journalism, we sometimes call this kind of contextual aside an “explanatory comma.”

The explanatory comma, even as a gesture, communicates a lot about who makes up the author’s imagined or intended audience, and generally—and perhaps particularly in public broadcasting—that defaults to white listeners. It centers what a white audience might know, defining all other cultures for that audience’s benefit and understanding. In that respect, the explanatory comma is not unlike writing for the concept of the “white gaze,” the assumption of an audience that identifies as white or who makes up mainstream white culture.

In an episode of the NPR podcast Code Switch called “Sometimes Explain, Always Complain,” the hosts give an example of an explanatory comma for Celia Cruz: “probably best known as the queen of Latin music, hailed from Cuba, an island in the Caribbean.” Anyone who grew up with her music, and for whom her existence, as well as the location of Cuba, is as much a given as their own heartbeat, might hear that and feel that the piece of journalism was not for them. And once you start looking for explanatory commas, you see them everywhere.

As the journalist Andrea González-Ramírez has written, “To be a Puerto Rican living stateside is to be a walking explanatory comma.” She has found herself explaining that Puerto Ricans cannot vote for president, or that schools on the island teach English. And even when Puerto Rican journalists like Andrea or me are working for mainstream, stateside outlets, we understand that the audience won’t know much about “the U.S. territory in the Caribbean,” or “Hurricane María, a category 5 hurricane that devastated the island in September 2017.” We’re constantly working in brief asides to make our imagined audience more comfortable, and we understand that this imagined audience is almost never Puerto Rican.

For my part, I soothe myself by thinking that reporting on the island for “the white gaze,” or outsiders, is an act of a kind of subversive translation itself. Before we made La Brega, I would write scripts and do interviews imagining that the public radio listeners who would hear my work might think more deeply about their own role in the story of Puerto Rico: What does it mean that the United States, the country where they live, a country that celebrates democracy, owns a colony? How can I communicate to them that the people who live there, people who deserve better, feel the weight of that colonial relationship in their everyday lives? What can I do to undo what they’ve heard and read elsewhere about Boricuas wanting handouts, or being victims, or being corrupt? How can I communicate the urgency?

But something is always lost in that process of translation. There are too many introductory phrases, too many explanatory commas, too much handholding. It doesn’t leave much room for the audience that the journalism is actually about. Sometimes that’s just the cost of the bargain journalists make—we aren’t covering a story for the benefit of the people we’re reporting on. But when my sources can’t understand the pieces I interviewed them for, can’t hear how they’ve been quoted and translated and in what context, I feel I’ve been extractive of Puerto Rico.

What would later become La Brega started as an idea for a narrative storytelling series about Puerto Rican history, born simply from the notion that there had not been much longform audio journalism about the island. Early on in production for the series, the team talked about trying to avoid the explanatory comma—pledging that we would not, for example, define Hurricane María. If you didn’t know what that storm did to the island, or how it shook and then bonded the diaspora, then this series wasn’t for you. Instead of Puerto Rico 101, we would be making a series that would try to imagine Boricuas as a core part of our intended listeners.

Alana Casanova-Burgess is a host of the dual language podcast La Brega: Stories of the Puerto Rican Experience. She was previously a reporter and producer for the Peabody award-winning national public radio show On the Media from WNYC Studios.