In an evolving media ecosystem, concentrated ownership persists as conglomerates scramble to adapt to the digital age. 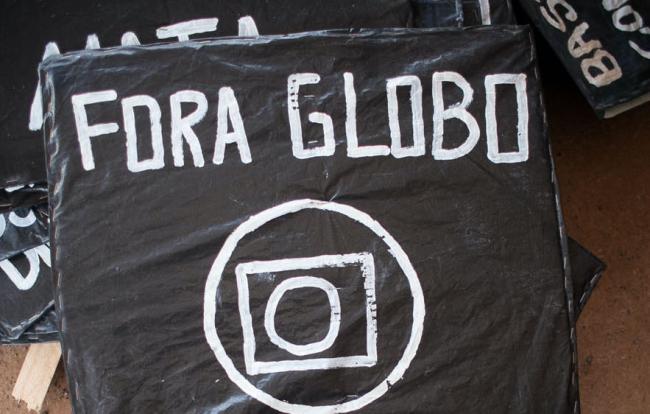 These formative works have shed light on the state of media ownership in the region and shaped debates on media pluralism and democracy. Coincidentally, their publication came as progressive governments in Argentina, Bolivia, Brazil, Ecuador, Paraguay, Uruguay, and Venezuela faced relentless criticism from media conglomerates, eliciting calls from social movements for a debate on media concentration and pluralism.

Historically, and contrary to the situation in most advanced economies, the largest media outlets in Latin America have grown and prospered under very lax—or almost nonexistent—regulations. Media moguls who built tight, family controlled and politically connected media enterprises have dominated markets through political influence and monopolistic practices. With neoliberal globalization, some of these regional groups have expanded their influence through joint ventures and vertical and horizontal integration strategies. Testifying to this trend, the region’s three biggest markets provide examples of concerning levels of concentration: in Mexico, two television companies, TV Azteca and Televisa, concentrate 90 percent of national viewership; in Brazil, Grupo Globo, the largest media group, boasts of reaching about half of the country’s more than 200 million people through its different outlets; and in Argentina, four television companies account for more than half the market.

Such an influence in the construction of public opinion implies a concentration of power, too. As renowned Yale legal scholar Owen Fiss once wrote, “money is speech,” and Latin American media moguls have a disproportionate say in the way political debates are framed. This grants them power to influence policy decisions, electoral outcomes, and a wide array of public interest issues.

As the Pink Tide administrations navigated a tense relationship with the corporate press, the internet became more and more accessible in the region. Audiences have increasingly shifted attention away from traditional outlets and towards digital consumption and social media platforms. This has led conglomerates to adapt through convergence, seeking to incorporate carrier services and increasingly diversifying through multimedia production.

Today, more than 15 years after the release of Becerra and Mastrini’s first book, is Latin America’s media landscape becoming even more concentrated? To explore these issues, I spoke with Becerra and Mastrini—both professors at the Universidad Nacional de Quilmes and Universidad de Buenos Aires—alongside fellow media researchers Isabel Ramos, coordinator of the master’s program in Communication at FLACSO Ecuador, and Andrea Cristancho Cuesta, professor of Communication and Culture at the Central American University José Simeón Cañas (UCA) in El Salvador. Our conversation has been edited for length and clarity.

Gustavo Fuchs: I would like to start with Professors Becerra and Mastrini—you have both been decisive in the study of media concentration in Latin America. In your book La concentración infocomunicacional en América Latina (2000-2015), you point out that media concentration is still the rule in the region. Conglomerates now are investing in multimedia production, especially in television, as well as expanding into internet services such as Triple Play and other services. Many commentators have argued that we are currently seeing more forms of media than ever before and that, because of this, we shouldn’t worry about concentration. But you have argued the opposite: that we are seeing ever fewer actors in the region’s telecommunications industry. How do these two opposing realities operate? On one hand there is concentration, but on the other there is fragmentation of information—what has been called the “attention economy”—due to social media and traditional media’s attempts to profit from it.

Martín Becerra: Yes, these processes are happening simultaneously. There is concentration of ownership, and there is fragmentation of publics, audiences, destinations, and usernames within the “attention economy.” Audience fragmentation is a social process, but it is also a product—industries identify consumption and consumer segments using microtargeting to mobilize advertising, fueled by an economy of data extraction.

Let’s take the example of streaming. Up until a few years ago, the television sector looked to advance into paid television, which was and continues to be a niche market in Latin America. In the last two or three years, we have seen the move from paid television to streaming, and niche audiovisual media are fighting to compete with big OTT streaming companies on a global scale. Media companies like Televisa in Mexico, Clarín in Argentina, Globo in Brazil, and others can no longer rely only on traditional advertising and so seek new platforms and economic models that exploit data. These groups are late to the business of data extraction, processing, and commercialization; global companies that have been doing it for longer are better equipped for the task. This is the gamble these media companies are taking.

Guillermo Mastrini: I am a bit more cautious than Martín. I still believe that Latin American media groups do not have the necessary scale to compete on larger platforms. The game is too complex for them. What Martín described are defensive strategies in the sense that they are resisting an unfavorable environment. Digitization has negatively impacted big national media groups. That does not mean that there is less concentration. Digitization holds, on the one hand, the promise of diversity. Reduced production costs allow many actors that were previously excluded to appear as producers. However, in terms of the control of distribution channels, it is still a very concentrated sector. I would even say that we have gone from many national markets to a few global markets. In the television market, we used to have as many national markets as countries. Today in the streaming market, we have only four or five global platforms. With OTT platforms on a global scale, it is very difficult to stand out.

I believe that there should be public policy at the Latin American level to promote alternative OTT platforms. This is the only way, though it stands no chance of being implemented. As Martín said, when it comes to data usage and cultural consumption, we have to think not about national scales, but regional—at least. Big communications companies and platforms understand cultural consumption better than anyone, including the national governments and national production companies.

Of course, the risk of public policy is that governments will use such data for political control. I always have less of a problem with the state than with the market controlling everything. But it’s not what is traditionally accepted in Latin America.

MB: This paradox between concentration and fragmentation is very interesting because it is very much used as an economic and political argument. It would be foolish not to recognize that in this current stage, the technological barriers to entry into the information and communications industry are much lower, and this allows the ongoing reconfiguration of a model where you have global players, dominant national players, and pan-national or pan-regional players—as well as very small players, for whom this reduction in barriers is good news. Very small book publishers, for instance, or super niche forms of communications that are otherwise disappearing. The concept of “media desertification” is used a lot in our countries. The medium-scale actors that used to have regional or national reach within their countries, which dynamized culture and information markets, are under threat.

GF: How has mainstream media managed to stay relevant, not only in economic terms but also in terms of audiences? And in the case of, for example, Clarín or Globo, which also have political leanings, how key is it to maintain that audience, for the power of influence it gives them?

GM: We are in a stage of very strong uncertainty due to digitization. We are now in the famous stage where the old has not finished dying and the new is not yet done being born. For the time being, the large national groups don’t have as much certainty as before in relation to their production model for various reasons. We are in a transition moment, and we must continue to be attentive to see how it develops. The national media groups have lost power with globalization as the state itself—and by extension national media—becomes less important.

What Grupo Clarín has done is, in my opinion, an intelligent response. Clarín [Argentina’s largest communications conglomerate with holdings in print media, radio, and television] pivoted from content to telecommunications infrastructure. This infrastructure is, for now, a national service, while content is becoming less national. We’ll see if in the future there will be a transnational, global, or regional telephone service. But for now you still have to get your phone service from Claro Argentina or Claro México or Claro Ecuador—there’s no way to buy directly from Claro yet.

In the telecommunications sector, there is no audience. There are users, and the behavior of users is totally different from the behavior of audiences. Audiences have a link to a social imaginary, while users are seeking a clear service.

In terms of consumption, Grupo Clarín is faring worse than it ever has in the area it used to have success: securing mass audiences. Its capacity to capture mass audiences has fallen shockingly in the last 10 years. It went from selling a million newspaper copies on Sundays to selling 200,000. That’s an 80 percent reduction. Television ratings went from 30 to five or 10, maybe 15 if the program was considered successful. And this is an important media outlet economically and in terms of political impact.

The defensive strategy, then, is pursuing businesses where national capacity is still an important factor. To me, that business seems to have less to do with capturing audiences and more to do with providing services.

Read the rest of this interview here, available open access for a limited time.

Gustavo Fuchs is a PhD student at the University of Texas at Austin. His research focuses on media ownership, political communication, religious media, and human rights.