Fordlândia and Capitalism’s Fantasy in the Amazon 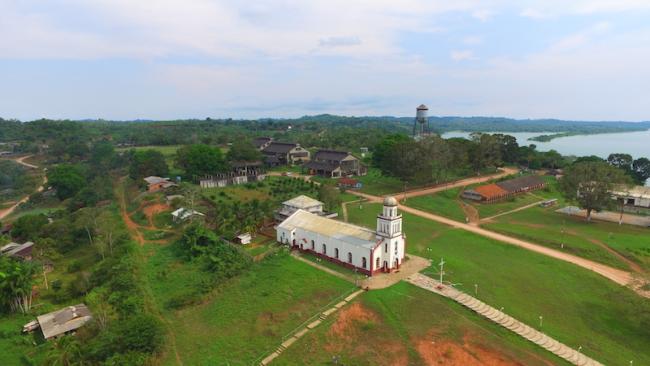 On January 11, Ford Motors Co. announced the closure of its factories in Brazil after nearly a century of operations. The announcement provoked a series of questions about the economic fallout of a move that left some 5,000 people unemployed and opened a gap in the automotive industry. Another aspect that deserves scrutiny, however, is how Ford is historically connected to the predatory model of economic exploitation still in force in the Amazon.

Henry Ford, the father of the first modern automobile production line, first benefitted from the goodwill of the Brazilian government 94 years ago. Under the supervision of President Washington Luís and Governor Dionísio Bentes, the Legislative Assembly of the state of Pará granted Ford a land concession in 1927 for an area of approximately one million hectares (10,000 km²), situated 820 km from the state capital, Belém.

The businessman wanted to take “civilization” to the bosom of the Amazon rainforest by planting 800,000 hectares of rubber trees and building an entire city dedicated to rubber production on the banks of the Tapajós River, one of the Amazon’s main tributaries. Ford needed to guarantee raw materials for tire production, which accounted for around 30 percent of the cost of his cars. He did not like the idea of a market controlled by the British, who produced rubber in their Eastern colonies.

The Amazon had been the original rubber supplier for the automobile giants. But after controlling the market for 60 years, the Amazon’s supply was abruptly reduced in 1912, and later when the British product invaded the world market. In the late 19th century, Henry Wickam, a British explorer derided as a plant thief, smuggled around 70,000 Amazonian seeds to England—and on to India and New Zealand. In a few short years, the world rubber production axis shifted to the British colonies, leaving the Amazonian valley to obsolescence. This outcome saved the lives of hundreds of Amazonian Indigenous peoples and residents of riverine communities from a system analogous to slavery. 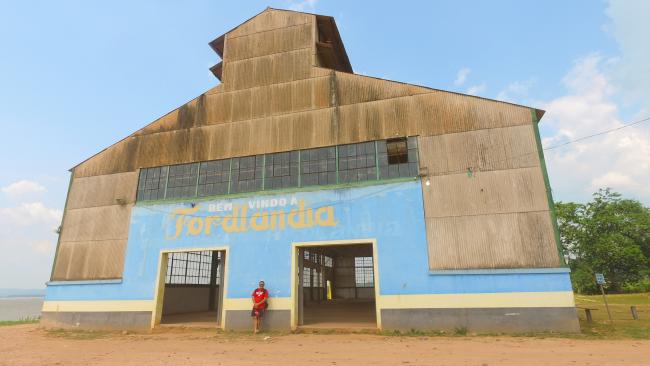 But Ford sought to revive the Amazonian rubber boom. He created the company towns Fordlândia and Belterra around the project, and for 18 years, he tried to tame the forest to satisfy his commercial objectives. Ultimately, he was defeated. In their natural habitat, rubber trees spread across great extensions of forest and were protected by the diversity of forest species in their surroundings. Planted in close proximity in deforested areas, however, the trees were easy prey for fungi, which gradually consumed the plantation.

While the pretext of the company’s arrival to the Amazon was to escape dependence on the British and Dutch latex cartels, Ford actually profited much more from the timber and minerals extracted and exported from the region with no control by the Brazilian authorities.

Nevertheless, by building Fordlândia and Belterra, Ford fulfilled his capitalist utopia of controlling nature. It was a model that usurped the local culture and way of life, imposing external dynamics on the Amazonian Caboclo and their diet, feasting, and labor. After an overall investment of nearly $10 million, Ford abandoned Fordlândia and Belterra in 1945 when they no longer satisfied the company’s economic interests.

Despite Fordlândia’s failure, Ford’s model for occupying the region still triumphed and multiplied in the veins of a sick, capitalist circulation system. The predatory trail of destruction and abandonment launched by Ford in the Amazon continues to be reinvented. Agribusiness, in particular, shares with Fordlândia the fingerprint of exclusion and environmental racism, reproduced as a cancer in the country’s industrial arteries. Be it the Manaus free trade zone, the Steelmaking-Metallurgical Center of Pará, the Belo Monte dam and other hydroelectric projects, or the ubiquity of soy agribusiness, corporations treat the Amazon and other environments as a productive force to be exploited.

My documentary Beyond Fordlândia (2018, 75 min) connects the past of rubber to the contemporary scenario of agribusiness in the Amazon. It demonstrates the threat that models of economic intervention such as that of Fordlândia produce today on the biomes and rural, urban, and Indigenous populations, small farmers, and men and women who have a cultural and historical connection with the region.

As Professor Luís Magno Ribeiro, principal of the Fordlândia School, summarizes in the documentary, Ford’s withdrawal left only a shell of a town with no opportunities for investment in the promised projects—a pattern that now repeats with other companies. “Today we have various companies, especially in the timber industry, that only take; they only give that temporary job, it is like another Ford,” he says. “Now you have companies like Caima, exploring gypsum and limestone, which is an intensive undertaking…What are they leaving behind for the population?” Mineral mining, which involves digging large quarries, leaves behind a “big hole,” Ribeiro says, “that leads to diseases like dengue [and] malaria.”

According to the historian David L. Lewis, Henry Ford made large investments in soy. In 1929, he established a laboratory in Dearborn, Michigan, to carry out research on how various plants could be used in industry. In 1951, he decided to concentrate his efforts on soy. By 1955, he had spent $1.2 million on the effort, and Fortune magazine indicated that “he was as interested in soy as in the V8,” the landmark engine introduced in 1932. Ford believed that plastic produced from soy would be the material of the future and, despite never having managed to mass produce his “soyamobile,” Ford developed and tested a prototype.

Today, Brazil is the largest producer and exporter of soy on the planet. As of September 2020, the country’s 2019/2020 harvest had produced 126 million tons of soy, of which 93.6 million were exported, according to data published by the Ministry of Agriculture and the National Supply Company (Conab). Belterra, one of the cities built by Ford in Pará, had 13,851 hectares of soy plantation in 2019, according to the Brazilian Institute of Geography and Statistics (IBGE). The Rural Union of Santarém, in turn, estimates that the planted area surpassed 25,000 hectares in 2020. 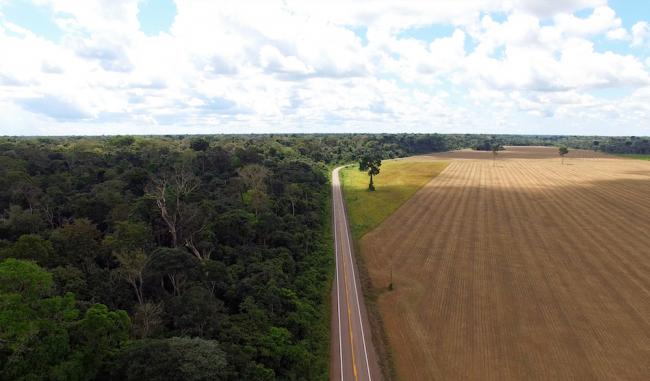 Through the Soy Moratorium—the first voluntary Brazilian agreement on zero deforestation in the tropics, introduced in July 2006 and renewed indefinitely in May 2017—grain traders agreed not to buy soy produced on deforested lands in the Brazilian Amazon. Nevertheless, the soy fields have expanded by one million hectares in the Amazon biome in recent decades, and the direct conversion of forests for soy production has contributed to record rates of deforestation.

The Cerrado, a tropical savanna and Brazil’s second-largest biome after the Amazon, has also faced soy pressure. According to a study by the Brazilian Association of Vegetable Oil Industries (Abiove), in partnership with Agrosatélite, in the last 18 years, the area of the Cerrado dedicated to soy increased from 7.5 million hectares in 2000/2001 to 18.2 million hectares in 2018/2019. The Cerrado makes up 23 percent of the national territory, equivalent to the combined territories of France, England, and Germany. The vast area is also home to 5 percent of the world’s biodiversity and is the source of some of South America’s most important rivers.

The close relationship between the government of President Jair Bolsonaro and the agribusiness and illegal mining sectors has spurred criminal actions that threaten the survival of the forest and its peoples. Despite the expansion of these activities and such devastating effects being clearly linked, there still seems to be little room to contest the model in force—a model implemented by Ford almost 100 years ago.

The Fordist example in Brazil is a model of predatory economic culture, but without seeming to be. His project was presented as salvation and well-being through the arrival of unexpected progress. As the A Cidade newspaper in Santarém declared 1927: “Ford is our friend! He will bring money to this land! Life will improve! We will have access to luxuries, to the best and finest things! Progress will finally arrive in Tapajós!”

It is extremely important to analyze these processes of occupation in the region with a view to future generations. Movements in defense of the forest and its peoples sometimes manage to temporarily stem the advance of these models for some time. However, putting on the brakes does not create institutional structures that enable these communities to be self-sustainable. At the same time, the Ford model in force in Brazil since Fordlândia has gained new contours and combinations of seduction.

In the Amazon, agribusiness overtook the Fordist imperial economic model. Situated within globalized movements in the world economy, agribusiness represents an economic culture that has impacts beyond the central locations where the industry is managed.

Like Fordlândia, agribusiness giant Cargill’s transnational grain trading hubs, aluminum producer Alcoa’s refineries, the Jari pulp and paper tree farm, and other corporate projects in the Amazon are different structures of the same economic model, reproducing in a never-ending spiral of déjà vu. 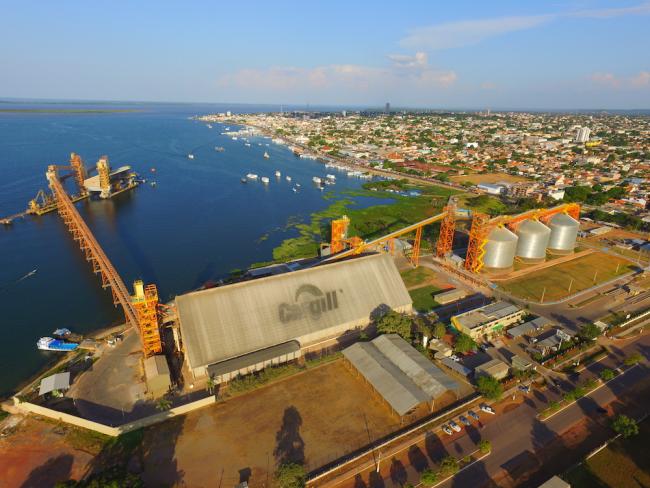 Agribusiness reinvents Fordist imperialism in the global economy, and goes beyond productive resources linked to what is extracted from the land. The process couples to the stock exchange and bankrupts local initiatives, leading to the exclusion of competitors. It becomes a centralized monopolistic occupier, a destroyer of natural resources.

Industrialization in the forest therefore leads to violence as modus operandi. Unlike in other regions of the planet, in the Amazon, there is no incremental development, but simply an abrupt predatory imposition. Projects operate with maximum speed and efficiency. The faster they take everything they can, the less likely society will be able to react in real time.

As a historical experience, Fordlândia stands out in the genesis of these processes of industrial violence in the Amazon. It exemplified a kind of temporal violence foisted upon the forest that disrupted the rhythm of the forest and its peoples. As an imposed logic of time and extraction and a benchmark of control, the Fordlândia model thus became a standard that other projects—hydroelectric dams, mines, soy farms—could follow. To fulfill the global demand for extraction, these projects attack the forest’s metabolic system, breaking its metabolism and that of the subjects who live there.

Ford’s venture in the Amazon and the Bolsonaro government’s policies share similar logics driving capitalist extraction: viewing nature as an obstacle to overcome, disregarding differences, making decisions in an authoritarian and anti-democratic manner, and expressing an indifference towards life.

Geographers Bruno Malheiro and Valter Cruz’s analysis of the bio/necro-political rationale of large-scale projects in the Amazon helps us understand the violent methods that historically have forged capitalism in the forest. We can only interpret this history of destruction by listening to the Indigenous peoples. However, considering that violent actions have reduced these communities to a minority in the region, “listening to the people” is now only a part of the story.

Marcos Colón earned his Ph.D. in Cultural Studies from the University of Wisconsin at Madison and leads the Portuguese program at the Department of Modern Languages and Linguistics at Florida State University. He is the director of the documentary Beyond Fordlândia.