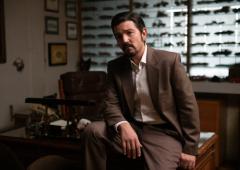 Narcos Mexico Is Not the Education We Need (Review)

It is very rare to have U.S. audience attention centered on Mexico. Unfortunately, Narcos Mexico squanders the opportunity.

September 15, 2011
It is not surprising to hear that representatives of the U.S. State Department stationed in Tegucigalpa, Honduras believed since at least March 2004 that the wealthiest man in Honduras, and U.S. government ally, was involved in the cocaine trade.

Beyond the Drug War: The Pentagon’s Other Operations in Latin America

For the last two decades, the dominant narrative justifying the U.S. military’s activities in Latin America has been the war on drugs and the fight against “narco-terrorists.” In the last ten years, however, the U.S. military has undertaken several unrelated activities including low-profile tests of military equipment; humanitarian assistance that the military itself acknowledges has intelligence-gathering purposes; and training to suppress social protest. This article was originally published in the May/June 2011 issue of the NACLA Report on the Americas.