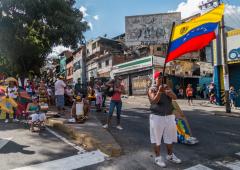 The State of the Venezuelan Opposition (Audio)

A conversation with NACLA contributor Julia Buxton on the Venezuelan opposition's ongoing inability to create a strong policy alternative to Chavismo under Maduro.

In April, the Sixth Congress of the Communist Party of Cuba approved the most profound reforms that the island had seen since the 1960s. They are meant to revive the flagging economy. But are they sufficient? The jury is still out, and the answer will depend on the implementation of the reforms themselves. This article was originally published in the July/August 2011 issue of the NACLA Report on the Americas.