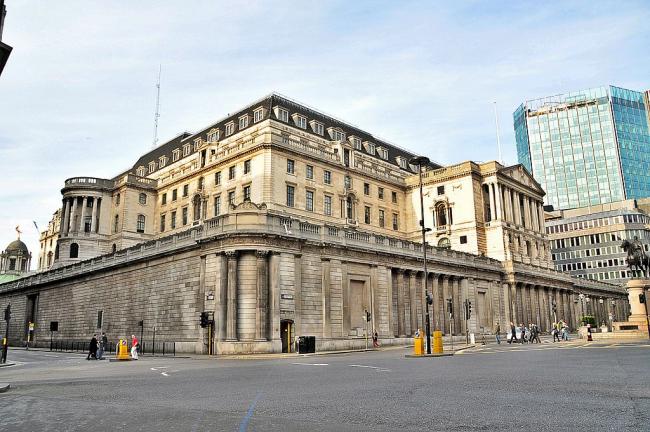 The lawsuit over Venezuelan gold held in the Bank of England has reached its final stages. On July 19, the U.K. Supreme Court began hearing arguments from the legal teams of the parties involved, and it will soon reach a decision.

Like some 30 other countries, Venezuela stores part of its international gold reserves in the British bank. The 31 metric tons in question value more than $1 billion, representing nearly 15 percent of the South American country’s international reserves.

In 2018, at the end of President Nicolás Maduro’s first term, the Central Bank of Venezuela requested to withdraw the reserves. But the Bank of England refused, citing doubts over the legitimacy of Maduro’s government.

The Central Bank of Venezuela then launched a legal battle in U.K. courts, leading to decisions and counter-decisions in a case set to soon be definitively resolved.

In 2019, the United Kingdom joined 50 other countries in not recognizing Maduro’s government, which took office for a second six-year term in January of that year. Instead, Britain recognized the self-proclaimed presidency of lawmaker Juan Guaidó and his claim to interim leadership.

Since then, the Venezuelan government has continued demanding the release of the gold.

In the early months of the pandemic, Maduro’s government turned to the United Nations Development Programme to manage the resources on Venezuela’s behalf to purchase supplies to support public health efforts. The government called on the bank to sell part of its reserves to the international body. In other words, for humanitarian reasons, the Central Bank of Venezuela would allow a third party to administer its deposits to buy and distribute medicines and supplies.

The Bank of England again refused to release the funds.

In July 2020, the U.K. Supreme Court granted control over the gold to Guaidó’s interim government. But months later, in October, an appeals court overturned the verdict, citing doubts over who has ultimate authority over the resources. Although Britain had recognized Guaidó, the present negotiations were being carried out with the Maduro government. The appeals court ordered the Supreme Court to rule conclusively on who the British government recognized as the leader of Venezuela, and therefore, who would be considered to hold “legitimize” authority to administer the gold.

Now, the board of the Central Bank named by Maduro, and a parallel Central Bank board representing Guaidó, are facing off in the case.

After passing through potential appeals, the Supreme Court decision will set a legal precedent for how the United Kingdom will decide similar cases in the future.

While the court has deliberated on the fate of the Venezuelan gold, Guaidó’s interim government has continued dissolving in practice: the European Union and Latin American countries such as Mexico and Argentina stopped recognizing his legitimacy. What’s more, he never had control over any territory or population, nor any financial entity that would allow him to administer funds—much less a vault stashed with precious gold.

At the same time, the U.S. government, under President Joe Biden, has eased the level of pressure on Venezuela.

Holding on to the gold any longer could spark questions about the real reason behind the British government’s interest in keeping the reserves in its custody.

In mid-July, the week the court began to hear arguments as it prepares to make a final decision, the lawyer representing the British foreign secretary in the lawsuit argued that the United Kingdom “clearly and unequivocally” recognizes Guaidó as president, claiming this should give clear direction in the court case.

The lawyer James Eadie said Guaidó “is the only individual who is recognized as having the authority to act on behalf of Venezuela as head of state.” He added, “It is clear that only one president and only one is recognized.”

In a statement, Leigh Crestohl, the lawyer representing the Maduro government’s board of the Central Bank, said that “international observers to this case may be surprised by the possibility that a unilateral statement of political recognition by the U.K. government can dispossess a foreign sovereign of assets deposited in London without any recourse in the English court.”

“They are robbing the Venezuelan gold reserves, which belong to the Central Bank of Venezuela,” he said. “They invent a Narnia government, a fantasy, to steal our companies, our money, our accounts, and to steal Venezuela’s gold.”

In the past, Guaidó has spoken of the “protection” of Venezuelan reserves within the Bank of England. He has said that, if returned to Maduro, the gold “could serve to repress the people or fill the pockets of a kleptocratic regime.”

Failure to release the gold to the depositing entity, the Central Bank of Venezuela, would deprive the South American country from a good part of its savings.

It wouldn’t the first time something like this has occurred. In 2011, the invasion of Libya brought about the freezing of Libyan international reserves, which then-planning and finance minister Abdulhafid Zlitni valued at $120 billion. Venezuela’s Hugo Chávez claimed the Libyan reserved totaled $200 billion.

The seriousness of the Venezuelan gold issue is not just about amounts of money. The U.K. Supreme Court decision could create a legal precedent by which all countries that have international reserves in U.K. banks could stand to lose their savings if, at some point, the British government no longer recognizes a country’s government in power or decides to support, as in the case of Guaidó, a parallel government.

In other words, this kind of decision would offer an incentive for parallel claims to power that could then facilitate access to substantial funds under a hypothetical parallel government or government in exile.

Such a decision would also function as a formidable mechanism for the British government to exert pressure on countries that hold reserves in its banks; the threat of revoking both recognition and access to savings could serve to coerce action in one direction or another.

The potential outcome is unmistakable: ripping off countries and their populations.

If this came to pass, like with Guaidó’s interim government, the Bank of England would become the permanent holder of such reserves for an indefinite period, determined by the parallel government’s international policies. In a hypothetical but not entirely improbable scenario, political actors could opt to declare themselves exiled presidents. To usurp the reserves their countries have in English banks, they would only need to secure the British government’s recognition.

This may seem highly hypothetical. But the court ruling will come down, and it will allow political actors in such countries to make their own calculations—in conjunction with the interest of the British government in power.

Of course, this lawsuit and potential outcome could also serve as a warning for the 30 or so countries that keep their gold in the United Kingdom to consider withdrawing their resources or at least moving them to another more legally secure place where no such precedents would put their savings at risk.

The U.K. Supreme Court could set a precedent that encourages self-declared governments and subsequent embezzlement, not in a de facto way like in the case of Libya, but with legal basis.

Within days, we could see such a neocolonial ruling.