From the Archives: Anti-Racist Struggles in Brazil

Select coverage of Brazil’s anti-racist struggles through the decades from the archives of the NACLA Report. 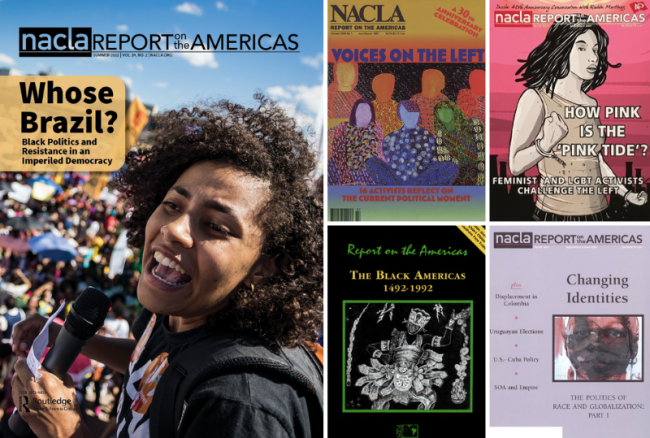 Our Summer 2022 issue of the NACLA Report looks at contemporary Brazil through the lens of racial justice. This selection of writings from the NACLA archives offers further reading on the myth of racial democracy and anti-racist struggles in Brazil over the decades.

Movements of organized Black women are critical of the Lula administration, which remains blind to the racism in the institutions. A Brazilian sociologist and activist outlines policy demands—with Black women at the center.

As Brazilian society debates how best to address racial inequality more directly, organizers, policymakers, and others should work to leave the doors open to all the possible varieties ethnic identification can take.

A founding member of the Workers’ Party (PT), activist Benadita da Silva was elected to the Brazilian Senate in 1994. In this interview, she discusses women’s rights, racial justice, economic policy, and more.

Brazil's black consciousness movement aims to teach the younger generation of Afro-Brazilians that their history has been distorted by whites.