A Case for Hemispheric Unity (sidebar)

The Radical Statehood doctrine made assertions that seem all the more relevant for U.S. Latinos today.
Tweet
Ed Morales
February 9, 2015 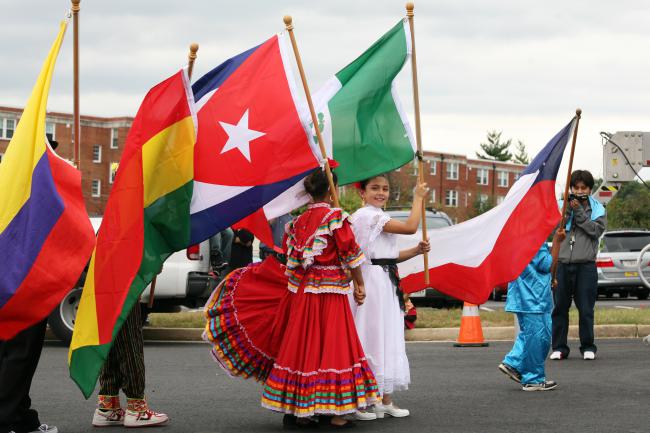 About 18 years ago, a group of seven Puerto Rican academics published a manifesto of sorts called “Statehood From a Radical-Democratic Perspective (An Invitation to Dialogue for All Inhabitants of the Puerto Rican Archipelago).” The essay garnered considerable support among progressive activists and thinkers, but was generally rejected by nationalist Puerto Ricans for its suggestion that they abandon the quest for independence to engage in a Quixotic pragmatism that could allow colonial subjects to change their oppressor from within. While I understood this rejection as passionate and righteous, it was undeniable that the radical statehood idea was visionary in the way it assessed both Puerto Rico’s post-colonial and neo-colonial reality, while suggesting a blueprint for the role of U.S. Latinos in the brave new world of hemispheric convergence.

The Radical Statehood doctrine, which suggests that Puerto Rico would be better off as a progressive Democratic 51st state than an independent country—an argument otherwise embraced mainly by island conservatives—made some assertions that seem all the more relevant for U.S. Latinos today. The authors say they don’t want to “Americanize” by assimilating culturally, nor do they echo Uruguayan philosopher Enrique Rodó’s often quoted line of “admiring, but not loving Americans.”
To the contrary, because as U.S. citizens living on both the island and the mainland, Puerto Ricans have long participated in “institutions, practices and discourses of the metropolis,” their call for statehood is intended as an act of radical democracy.

“We need to make alliances with the more liberal sectors in the U.S.,” it asserts early on in the text, alluding to those Puerto Ricans who have been able to increase their engagement with the “political, professional, trade union, ecological, sexual, feminist, public health, educational, artistic, and social practices” of the mainland left. The manifesto also points out how blind nationalism can ignore the ways elite sectors of Latin American nations collaborate with the hemispheric neoliberal agenda at the expense of subordinated social classes, many of whom are forced to emigrate to the United States. Indeed it is in the United States where many Latin Americans begin to understand the power of unifying as Latinos, in cities like New York, Chicago, and Los Angeles, where we compare notes about our idiosyncrasies and common ground, learning to struggle together.

So why not, as the manifesto suggests, “fight from inside the U.S. body politic, to extend to all groups the rights that white citizens of the metropolis enjoy—to increase the minimum wage, to improve environmental legislation, and to restructure the welfare state along more human dimensions?” It would seem that now more than ever, with the opening up of Cuba to a barrage of foreign investment and the continuing Americanization of countries like Mexico and Colombia, that a left agenda coming from both sides of the border is critically important.

While I’m not advocating for any Latin American country to seek admission to the United States as a state, and I remain in favor of independence for Puerto Rico—as long as reparations are made for its subjugation as a colony—there is a strong need for U.S. Latina/os to engage in a political agenda that seeks to merge the interests of non-elite classes living here and in Latin America.

In the recent protests over police abuse in Ferguson and New York, a growing sector of marchers carried banners and chanted slogans linking the “broken windows” policing strategy, where any person of color can be deemed suspicious and stopped, and the massacre in Ayotzinapa. While these two human rights tragedies result from separate agendas of urban policing and the militarization of rural areas, they share the same root. Those who bear the same burdens in the North and South should embrace their shared struggle, and seek change both within the United States and their original homelands.

Ed Morales is a freelance journalist and author of Living in Spanglish (St. Martin’s Press). He teaches at Columbia University’s Center for the Study of Ethnicity and Race, and is a NACLA contributing editor. His forthcoming book is titled Raza Matters (Verso).