For Central Americans seeking to migrate to the United States, the journey across Mexico is fraught with peril (see “ ‘Like a War’: The New Central American Refugee Crisis,” this issue). These photos document some of the dangers they face. 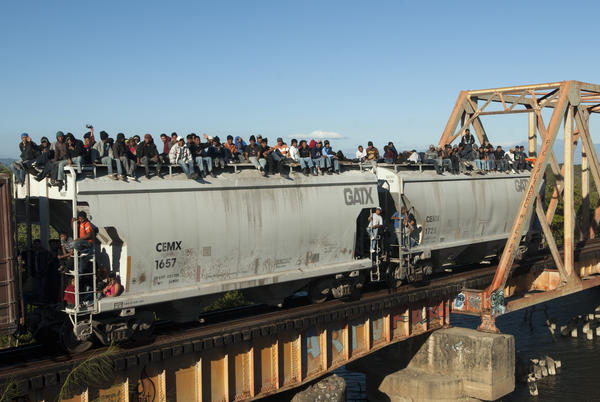 A freight train on its way to Iztepec, Oaxaca, Mexico. Thousands of migrants use freight trains as a means of transportation northward. They are exposed to all kinds of weather conditions and possibilities of serious injury or death should they slip off while asleep or simply from exhaustion. Transit police and common criminals frequently extort sizable sums from migrants to allow them on the trains. Entire trains have been known to be kidnapped for ransom. 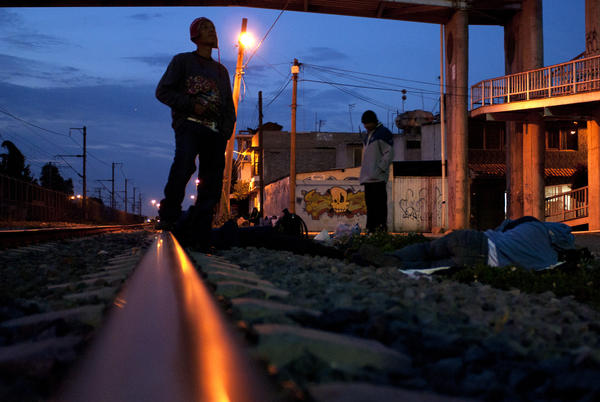 Migrants waiting for the train to pass in Tutitlán, Mexico State. At nightfall, they try to rest before continuing their journey. There used to be a shelter for migrants here, but local residents pushed the government to close it down. Now migrants are forced to sleep outdoors, becoming even more vulnerable. 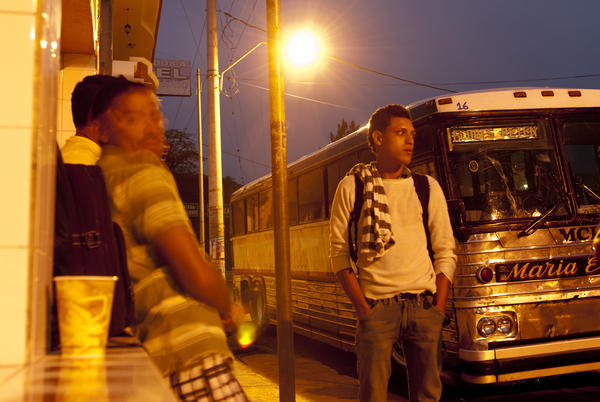 Migrants waiting at Esquipulas, Guatemala, for the bus to depart to the Mexican border.  This is part of the route that migrants travel when they leave Honduras for the United States. The whole route is notorious for assaults. They will first travel to San Pedro Sula, and then take what the locals called “the migrant bus,” a bus that leaves at night to the Guatemalan border. Local gangs are constantly robbing migrants, especially as they have to walk around the migration checkpoint in a very isolated area. Once they managed to get into Guatemala, they still have to walk about six miles to get to the city of Esquipulas, and from here take the bus to the north of Guatemala. 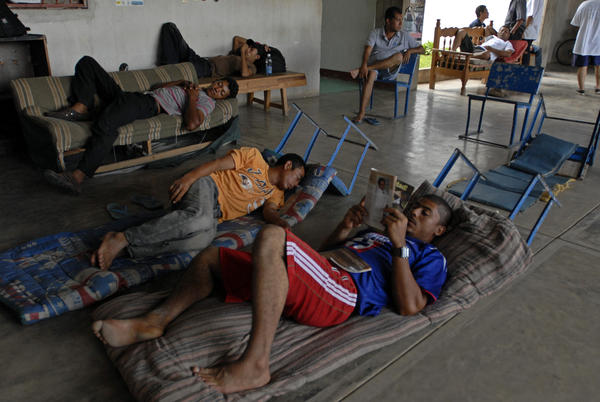 Migrants at rest at one of the rare shelters along the way. 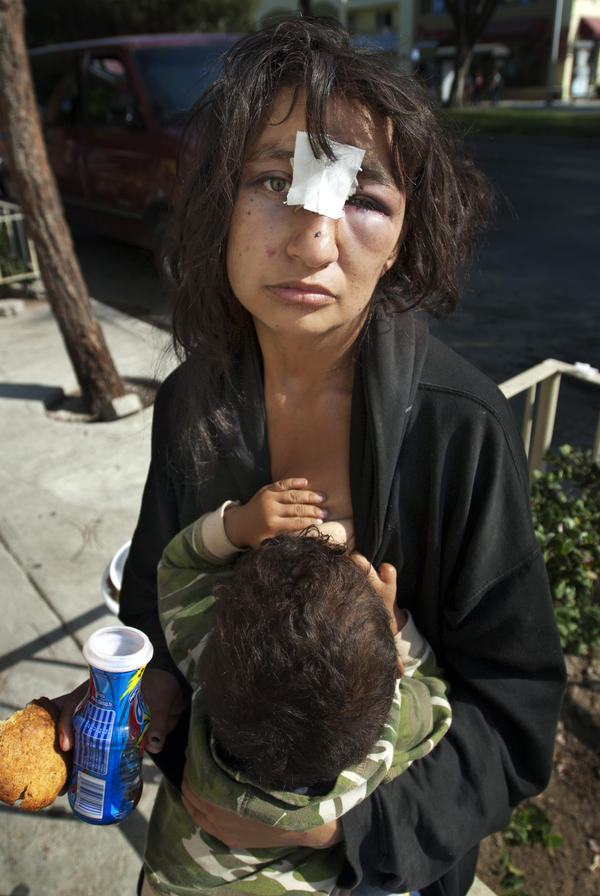 A migrant woman and her son, after being released from kidnappers at the door of a hospital in northern Mexico. Eight out of 10 migrants will face some form of violence on their journey to the United States, and 60% of women are raped while crossing Mexico. According to the National Human Rights Commission of Mexico, more than 20,000 migrants were kidnapped in 2011. Ransom money is between $2,000 and $3,000. Not paying can be lethal.