Margarita López Maya, a Venezuelan sociologist, has been a close and cogent observer of Venezuelan politics and the Venezuelan left for the past three decades. In the pre-Chávez era, she was one of most incisive critics of the truncated democracy under the control of the country’s two then hegemonic parties, Acción Democrática and Copei. Now, while not a partisan of either of the current electoral coalitions, she has grown more critical of Chávez and the Chavista movement. She is a professor and researcher at the Center for Development Studies (CENDES) at the Central University of Venezuela in Caracas. She spoke with NACLA’s editor, Fred Rosen, by telephone on October 9, two days after the Venezuelan election. They communicated again on December 9, the day after Chávez announced that he would travel to Cuba for additional cancer treatments. 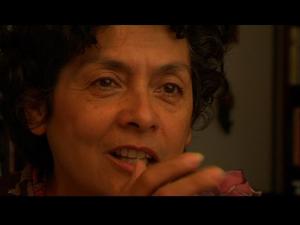 What are some of the implications of the reelection of Hugo Chávez for the short-run and long-term future of Venezuela?

In the short run the country is facing a number of problems that haven’t been resolved. We have a country that is very divided, with a government that is trying to impose a socialist model that is not very viable and that furthermore has many authoritarian traits. Opposing that government we have a large part of the population, organized in civil society and in political parties, that is trying to resist. This conflict has produced a governmental attack on civil society that has strengthened the role of the state.

At the bottom of this is an economic program that has no clear project for a strategy of production. We are still dependent on an oil-based rentista [rent-collecting] strategy. Chávez has based everything on this oil-based model so that we now have rentista socialism replacing the rentista capitalism of the past. There is no clear idea of what a productive model might look like. There is a model only of distribution. This is important, but distribution without production gives us a model that is not viable and I fear we are heading toward a precipice. The model is based on ideology, not reality.

In the long run, the country is devouring itself. A productive model has not yet appeared that is based on economic criteria, not just ideological criteria. Soon we will have to abandon this rentista model. We have to readjust the model because no model in the middle-to-long run can survive that is based solely on the collection of oil rents.

While Chávez has put together a clearly leftist coalition, several groups on the Venezuelan left have withheld their support and have joined the opposition, supporting the candidacy of Henrique Capriles. Which groups are these?

Practically all of them that stand for democratic socialism are members of the Alliance for Unity [La Mesa para la Unidad Democática, the opposition electoral coalition]. This is a strong electoral alliance, opposing the leftist populism of Chávez. Nearly all the groups on the left that have a democratic vocation are represented in the coalition. This includes the MAS [Movement Toward Socialism], La Causa R [Radical Cause], Bandera Roja [Red Flag], and a small newly formed group called Progressive Movement of Venezuela, which split off from PPT [Homeland for All] when a portion of the latter decided to again embrace Chavismo. These are the leftist groups that have the most visibility.

Can they maintain their own identity? Do the deputies elected by the opposition alliance represent their own parties or do they represent the Alliance for Unity?

They will represent their own parties, but I imagine they will coordinate with one another, having supported the same presidential candidate.

But the key thing is that Chávez has lost his absolute parliamentary majority in these elections. He can no longer rule by decree. He now has to negotiate with the opposition. He once had three-fifths of the seats in Congress, which allowed him to impose “enabling laws” that allowed him to essentially rule by decree. He also does not have two-thirds to appoint members of the other public powers. So now he has to negotiate, hoping to split a few legislators off from the opposition to pass his laws. For the enabling laws he only needs a few.

So the opposition is stronger now, but it is also much more diverse (perhaps even self-contradictory), ranging from left to right, or in today’s terms, from democratic socialist to neoliberal. With so much diversity can it maintain its unity and its strength?

It is certain that the opposition is very diverse. But it has been strengthened by this election. It has shown that it has the support of half the country, receiving almost 45% of the vote. And this has become a stimulus for staying united. It’s a stimulus that indicates that their strategy was correct, that it is a strategy that is producing electoral results.

But on the other hand it is true—and this is the great challenge—that there is a great ideological and political diversity here. And so it is natural that there are tensions among them after the defeat, because there were great expectations that they would win. So the situation has produced internal tensions and mutual accusations. I myself thought until the last days that they might win. So this presents them with a great challenge. They have won many parliamentary seats and that presents them with the option of continuing with this strategy, and continuing united.

What are the major proposals that the opposition alliance has put forward?

The Alliance for Unity has rectified its position regarding the Constitution of the Bolivarian Republic of Venezuela. It has made it clear that upon gaining power, or access to the government, it would govern in accordance with the present Venezuelan Constitution and not call for a new constitutional convention. This is a major change from the opposition’s last campaign. It wants to see that participatory democracy can return to Venezuela.

Capriles also called for a return to a policy of industrialization, though he never made it clear just what this would consist of, nor how he envisioned a future relationship between the government and the state-owned oil company, PDVSA.

Chávez seemed to be conciliatory in his victory speech. Does this indicate a new attitude on his part?

It all depends on the political moment. Given the style and personality of Chávez, it is not likely that he will change the behavior that has been so successful for him over the past years—the style that has produced so much polarization and intolerance. Neither in his campaign nor on the night of his victory speech did he talk about dialogue, about finding a way to communicate. He referred to Capriles as a “nothing,” as a person who didn’t exist. So we will have to see if the president is willing to change a style that has borne so much fruit for him.

Another topic that has helped define the political moment is the question of Chávez’s health. The day before his December 9 trip to Cuba for additional cancer treatment, he designated Nicolás Maduro as his successor. Can you tell us something about Maduro?

He is one of the Chavista leaders closest to Chávez. He was a founder of the Fifth Republic Movement (MVR) and the United Socialist Party of Venezuela (PSUV). As opposed to Diosdado Cabello [another powerful member of Chávez’s cabinet], he has ideological origins on the left, having belonged to the Liga Socialista, one of the parties founded after the defeat of Venezuela’s armed struggle. He was a union leader of the Caracas Metro system, during which time he drove a city bus. He was a “constitutionalist” in 1999, and he is now foreign minister and vice president.

He has always gone to Havana when Chávez has undergone treatments for cancer. Cabello never accompanied Chávez, which suggests that the Castro brothers look favorably on Maduro. Another thing is that Maduro has been the partner of Cilia Flores, another important leader of Chavismo, who was also president of the National Assembly. As Chávez’s lawyer when he was a prisoner in the 1990s, she introduced him to Maduro I believe. Both Maduro and Cabello are more pragmatic than Chávez, but Maduro may be a more convinced member of the Revolution.