The Forest Is Not Well


By now the story is familiar. White man discovers a new land, pushes out the naturals, and sets up a society that discriminates against and marginalizes its original habitants. Over time, when the repression becomes too much, the encroached-upon rise up to protest and in the name of national unity are squashed down and left to manage whatever living they can scrape together in the remote regions. Foreign operators, with the sanction of the host government, come to pillage what is valuable, leaving none of the profit behind, only damage to the land and to whatever chance there was for a normal, functioning society. 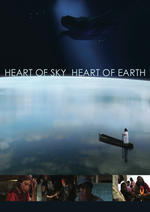 In Heart of Sky, Heart of Earth we catch up with the effects of this pattern: Maya in Mexico and Guatemala trying to maintain their indigenous dignity in the face of commercial expansions into their habitat—for which, they say, mankind is already paying the price.

Early in the film we meet Flori, one of the film’s main voices, who fled Guatemala as a child when the army began killing her relatives during the country’s 1960-1996 civil war. She has returned to Guatemala and banded together with other activists to try and stop further destruction of the land. “I don’t understand why developed countries, as they call themselves, like Canada,” she begins to tell us. “Canada above all. We don’t expect anything more from the U.S. We expect nothing from the gringos. They’re the ones who came to murder us many years ago. But I didn’t know Canada is also murderous.”

Flori’s statement speaks to the fear Mayans have that their civilization will be exterminated, either intentionally and directly, or through the destruction of their habitat so central to their way of life. She cannot comprehend the idea of an entity removing wholesale an element of nature. “People here would never consider excavating gold from the earth because it belongs to the earth. We only have the earth on loan. We don’t own it. We don’t damage it. So when someone comes and damages it, it hurts us very much. They’re not only excavating, they’re making us sick and killing us.”

In one scene she is shown visiting families with children who have developed a skin condition from the cyanide used in the nearby mines. The use of cyanide is outlawed in other countries, but the Guatemalan government allows it because, she says, “Who cares if the Indians die? That doesn’t matter.”

The wholeness of nature is sacred to the Mayan cosmovision, and to cut into its delicate balance is to handicap its ability to perform. Every species of animal and plant life has a purpose. Every earthly formation has a place. Without one, we will not have the other, and to cause a void in the interdependency has consequences. What was once whole and harmonious becomes fractured and dysfunctional. What was once pure becomes toxic, and we are warned in the film that nature’s ability to absorb continued harm is nearing an end.

“The world has already begun to purify itself,” explains Chepita, a young Chiapas Mexican, referring, one imagines, to the recent rash of earthquakes, hurricanes, and floods that have visited Central America and other parts of the world. “And it won’t stop until the purification is complete,” she says. The gods, who “have abandoned us” and who “go further away each day” because of what people have done to the ecosystem, will return with a cleansing wrath: “The gods will finish off their people, and the next world will arise.”

In the film we ride with Alonso, a Tzeltal Mayan and art historian, as he tries to find an archeological ruin in Chiapas that has been overtaken by foreign limestone excavators. The cleared land, noisy trucks and maze of dirt roads are a jarring contrast to the peaceful natural habitat in the film’s earlier sequences. When he sees what’s been done to the land and realizes that industrialists have razed much of the Tortuguero ruins, he cannot hide his disgust. “It’s apocalyptic,” he mutters to himself as he turns his truck around. “Few words can express the total loss,” he tells the filmmakers when he regains composure.

Tortuguero was particularly important to Mayans because it contained writings related to the Mayan calendar. The mining operation has not only destroyed ruins, it has damaged the surrounding habitat, and put animal species at risk. “This forest was one of the most diverse ecosystems in the world,” Alonso says. “Now it is a wasteland.”

Those who spearhead resistance to the excavations are often hunted down and killed, as in the case of Crisanta, an opposition organizer in the film, whose cousin was lynched by “the company.” In the film she addresses a group of villagers, urging them to unite against Canadian gold miners nearby who have deforested their land and monopolized the water supply. “I wish we did this before that company came. Then they might not have harmed us like this or caused our community so many problems. They’ve cut down trees, dried up the wells, and brought down our houses with their dynamiting underground.”

But there is reticence on their faces. “It is better to be silent and live,” one says away from the group, and it is a reminder of the tradition of killing that accompanies resistance. Guatemala’s government has a history of repressive force against public shows of protest, particularly from Mayas. In 2011 its soldiers fired into a crowd of indigenous demonstrators blocking access to contested land, killing eight and wounding forty, and in 2004 twelve were shot protesting land evictions.

Guatemala suffers from huge land inequities that create enormous poverty in this agro-centric society, particularly in its majority Maya population. Racism and a government readily open to the influence of bribe and favor make the indigenous powerless to change their situation. Efforts at land reform have brought massive killing, and so too have attempts at protecting the land from multinational operators.

Mexico also has a corruption problem, and NAFTA dumping has driven millions of farmers out of business and up north, creating voids in the family left behind and therefore social and economic problems. NAFTA also opened the way for foreign corporations to set up plants in Mexico, and this has had its own effect on indigenous culture and the environment.

Heart of Sky, Heart of Earth closes with a gathering of Zapatistas, a Chiapas resistance group who cover their faces with bandanas because “to the government, we don’t exist,” whereupon a manifesto is given. “We want to proclaim in front of our country and the whole world, that the original peoples of these lands still exist despite more than 500 years of invasion, domination, and destruction by our cruel conquerors.”

“We’ve had enough,” the proclamation continues, “of living and dying in misery, domination and humiliation, and neglect. We’re thousands of men, women, children, teenagers and elderly, Maya Tzotziles, Tzeltales, Tojolabales, Choles, and Mames. We Zapatistas, we are obligated to do something and not permit people greedy for power and money to finish off nature and humanity.”

If Heart of Sky, Heart of Earth has a weakness, it’s that its purpose is unclear and obscured. It’s quite a ways into the film before we understand what we are watching and why we are watching it. As an exposé on modern-day Mayan spirituality, it piques our interest. As a human rights film, it only touches on the subject. But as an environmental film, it succeeds in drawing attention to the damage caused by foreign industrialists, and the disregard they have for the people and land they are hurting.

Paul N. Avakian is a 2009 scholar-award recipient for the Nieman Conference on Narrative Journalism at Harvard University, and a winner of Emerald Publishing’s 2010 award for excellence.