Glacial Retreat in the Andes (sidebar)

Climate-linked threats to economies, human health, and agro-ecosystems undoubtedly will occupy a growing place in the politics of land and water in the Andes.
Tweet
Heather Williams
February 9, 2015 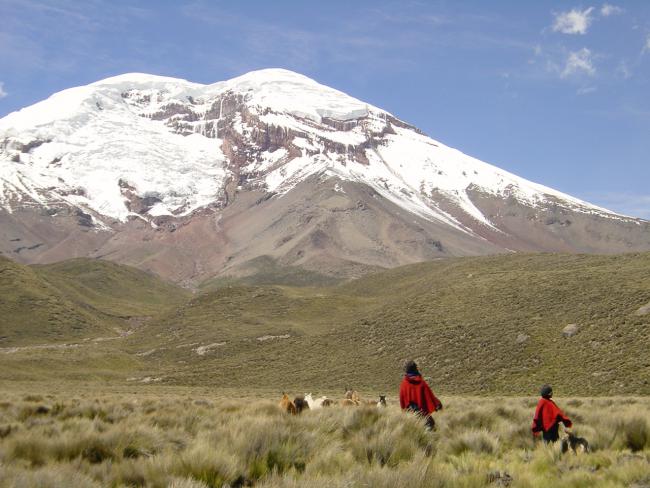 With its abundance of fresh water, South America would appear little threatened by drought. Since the 1970s, however, warming air currents from the Pacific have dramatically altered the hydrology of the Pacific regions of the continent, converting precipitation at high altitudes from snow to rain. In January of 2013, the most comprehensive study to date of tropical glaciers indicated that ancient ice fields in the Andes Mountains, remnants of a planetary glacial maximum ending some 20,000 years ago, are likely to disappear in a matter of decades. The results, published in January 2013 in The Cryosphere, a publication of the European Geosciences Union, indicated that the faster melting is due to rapid climate change which has occurred in the tropics since the 1950s, leading to an average temperature rise of 0.7° C in the high Andes.

Rural residents living from agriculture, livestock, and freshwater fisheries describe devastating changes to their land and water sources. In 2011, as Demetrio Quispe, a comunero from a highland community who had been compelled to abandon his family’s lands to take a job in Puno, Peru, lamented, “The wells in our community have all gone dry or salty.” Meanwhile, in the same region in lands adjacent to rivers, the combination of rain and melting glaciers in the warm months has produced new annual flood dangers. In the Cordillera Real range in Bolivia and the Cordillera Blanca in Peru, high river flows are combined with the threat of glacial lake outburst floods caused by collapsing rock and permafrost barriers at high altitudes. Meanwhile, urban residents dependent on rivers and lakes for water and power also suffer from disruptions in service and face new threats from flood and erosion. These climate-linked threats to economies, human health, and agro-ecosystems undoubtedly will occupy a growing place in the politics of land and water in Bolivia, Peru, Colombia, Ecuador, and northern Chile.