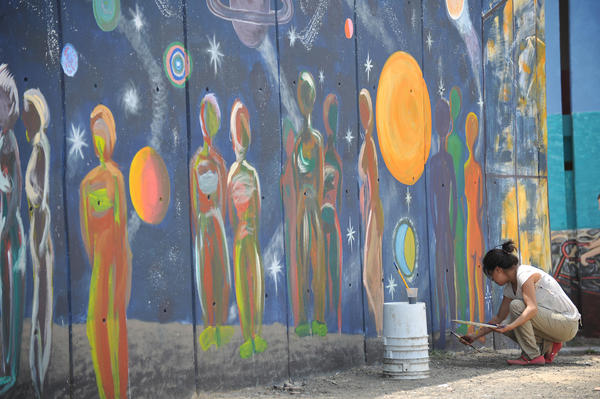 “Listen, if you’re looking for work I might be able to hook you up. I know of a good job, traveling...working as a mule..It’s a cool job. You go, hand off the stuff, get your cash. And that’s it. Like winning the lottery.”

When the young Colombian protagonist of the film Maria Full of Grace decides to swallow “pepas” (capsules of cocaine or heroin) to transport to the United States, she echoes the experience of many young women who grow up in illicit drug-producing and transporting countries. Most of them, either in the trade or as consumers, share the precarious existence common to many poor women throughout the Americas: social exclusion, gender-related violence, sexism, feminization of poverty, and single parenthood. “I have four children and I’m a single mother,” said Nelsy, in the 2011 documentary Cocaine Unwrapped. She worked as a drug mule in Ecuador. “We don’t do it because we’re going to become millionaires but because we’re desperate.”

Many young women in poverty end up in prison. Even though imprisoned women are in the minority of the total incarcerated population, only between 2%–9% globally according to the International Center for Prison Studies, the regional increase in female incarceration figures has been startling, doubling in only five years. Every year more women are put behind bars for longer periods of time. The spike is particularly dramatic in Argentina where between 1989 and 2008, the rate of incarceration of women increased by 271%, while the rate of incarceration of men increased by only 112%.

The vast majority of incarcerated women are there for drug-related offenses, which, in the case of Argentina, make up more than 60% of the cases of female imprisonment, according to a 2011 report compiled by Argentina’s Center for Legal and Social Studies (CELS). Buenos Aires legal researcher Alejandro Corda argues that the increase is directly related to the 1989 drug law that substantially increased penalties. In Chile, 68% of women’s imprisonment is linked to drugs, compared with 26% of men’s. According to a 2011 report published by Brazil’s National Penitentiary Department (DEPEN), in Brazil’s northwestern, sparsely populated state of Roraima, bordering Guyana and Venezuela, women accused of drug trafficking make up more than 90% of those in jail.

Women in Latin American prisons are mostly first-time offenders, often heads of single-parent households, with two or more children. They come from economically and socially marginalized households, with life histories marked by various forms of violence and, in many cases, sexual abuse. They have a low level of formal education and little or no stable employment. In an interview first published in my 2013 book Drogas, género y prisión: Experiencias de mujeres privadas de su libertad en México, Mariana, a young crack addict in Mexico City, told a tragic story: “My father abused me and my mother would never believe me about it. So I left for the streets…and in truth, [this situation] led me to drugs. I was ten years old. I met a woman named Veronica, and she put me out as a prostitute. I didn’t even know what prostitution was.” This article is dedicated to the stories of women in similar positions to Mariana, all of which I collected from 2009 to 2011, and which first appeared in Drogas.

Almost without exception these women represent the lowest rung of labor in the drug trade. Most women get tangled in small-scale sales, and the transport of limited quantities both domestically and internationally. They frequently look to drug trafficking as way to overcome an emergency—often related to health—that threatens to leave them destitute. Those who are drug consumers fall prey to the punitive power of the state as they finance their addiction through sales or prostitution. Others become involved in the trade through their emotional ties to men—whether lovers, brothers, or fathers. In an interview published in Drogas, Consuela, a Mexican drug mule, described the links between abuse and trafficking in her own life: “[Trafficking] is destroying many families, not just the people who consume but also those of us who are in prison because of someone stronger than us, someone who simply used and abused us.”

The illegal work offers single mothers the flexibility they need in the face of gender discrimination and the marginalization of entrenched labor informality. “I didn’t want a full time job because I didn’t want to leave my children alone,” Chela explained in Drogas. Of the work available to them in the informal economy—cleaning, washing clothes, cooking, taking care of children or the elderly—the drug trade offers the most money.

Lucy was pulled into the trade by a neighbor. “Someone who I washed clothes for said to me one day, ‘Hey Lucy, how would you like to earn some money? It’s easy.’ My first response was ‘No,’ but then when I saw how she got home early, with money in her pocket, it seemed worry-free.” The single mother of five children stuffed drugs, called aguacates (avocados) for the form in which they are packaged, high up into her vagina for 500 pesos (about $38). “Sometimes I really needed money,” she said, “because I either had work or I had to be at home. When I went out to work, I was told, ‘your children did this, or burnt the neighbor’s curtains, or hit someone.’ There were always problems.” A few months after she began, Lucy was caught for smuggling drugs into a Mexican juvenile facility for young men, and given 15 years in prison.

There is no international consensus on up to what age children can stay with their mothers in prison. In Bolivia, children can live with their incarcerated mothers until they are six, whereas in Venezuela, they can only stay until they are three. The 2008 Argentinian film Leonera, which tells a story about incarcerated children, helped facilitate legal changes that allow house arrest for mothers as an alternative to incarceration. House arrest is also permitted in Colombia, where prison can be suspended for pregnant women and those responsible for children who are disabled or under five. But in both countries judges tend to ignore the law, with the argument that if the women involved in drug trafficking fulfill their sentences at home, they are simply returning to the place they had been selling drugs previously.

The practice of incarcerating mothers provides a clear example of how the interests of children are eclipsed in a legal structure derived from international drug conventions. Analia Silva, a former mule from Ecuador, described the cross-generation impact of incarceration on families: “When you sentence a woman you don’t just punish the person who committed the crime, but you sentence her family and her children. This encourages the children who are left alone to become the criminals of the future.”

Women are often seen as good recruitment targets by traffickers looking for an endless supply of mules. Often a trafficker will prey on a woman’s emotional vulnerability, becoming her boyfriend, and then convincing her to transport drugs. Ecuadorean researcher Andreina Torres Angarita contends that viewing romantic relationships as socially constructed power dynamics can provide a window to understanding women who become drug mules. These relationships “permeate trafficking dynamics and influence the decision-making of the women involved,” she writes.

Stereotyped perceptions of older women as non-threatening are also deployed by traffickers in order to move drugs. Traffickers on occasion send several women on one commercial airplane flight, then sacrifice some by reporting them to authorities, causing a distraction so the others have a better chance of getting through.

As such, poor women across Latin America are triply discriminated against: within the drug trade, within the legal system, and finally, within prison walls, as incarcerated women also face the discriminatory practices of the prison system itself.

And many still have hopes for the future. As Julia, imprisoned in Bolivia eight years for transporting a small quantity of drugs in a backpack, told Farthing and Kohl in an interview published in their 2014 book Evo’s Bolivia: Continuity and Change, “If I ever get out of here, my dream is to open a small workshop making clothes. I’m head of the clothing workshop in the prison and I am really getting very good at it.”

Women like Lucy, Mariana, Nelsy, Analia, Julia, and Consuela are invisible for most of their lives. It’s only when their vulnerability traps them into the web of drug trafficking that the state recognizes them—not to address their needs, but rather to haul them off to prison.

Dr. Corina Giacomello has worked as a researcher on women and drugs in Mexico for the past seven years.