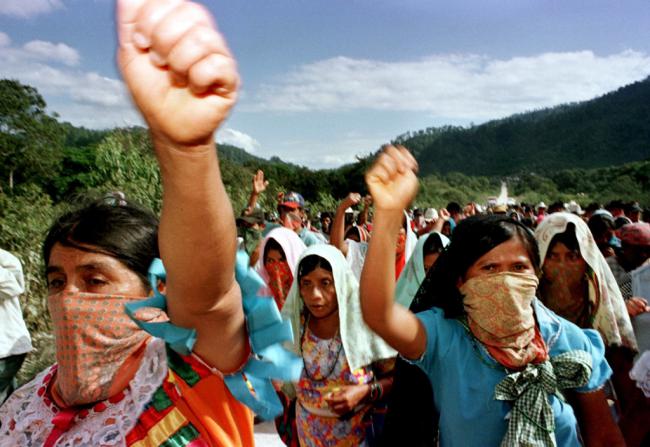 Across Latin America, women are increasingly at the forefront of indigenous peoples’ struggles, challenging state violence and racial discrimination and demanding respect for collective rights to group autonomy. At the same time, they have also developed important critiques of gender violence within their communities, in particular of certain aspects of “tradition” or “culture” that reflect patriarchal gender ideologies. Drawing on the paradigm of intersectionality elaborated through the contributions of black feminism, feminism of women of color and decolonizing feminisms, indigenous women have questioned hegemonic liberal feminisms and contributed new perspectives to the international women’s movement by underlining the complex intersections between interpersonal, intra-communal, structural, and historical forms of violence. As the International Federation of Indigenous Women (FIMI) has argued, violence against indigenous women must be understood as a consequence of interrelated forms of violence, “shaped not only by gender discrimination within indigenous and non-indigenous arenas, but by a context of ongoing colonization and militarism; racism and social exclusion; and poverty-inducing economic and ‘development’ policies.”

Indigenous women’s organizations across the region have repeatedly insisted that their rights as women cannot be achieved without respect for their collective rights as indigenous peoples. Today these rights are being challenged by the spread of extractive industries, militarization, paramilitarism, and new forms of territorial control by organized crime. Protests against extractive industries are demonized by governments as an impediment to “development” or a threat to national security, and in conflicts over territories women are often targeted in particularly insidious, gendered ways, especially if they are at the forefront of resistance—for example, through the use of sexual violence by military and paramilitary forces to displace indigenous people from their land or halt mobilization. By insisting on the need to analyze the connections between instances of interpersonal violence and the historical constitution of different forms of structural violence that makes these both possible and normal, indigenous women’s organizing challenges us to rethink existing feminist paradigms.

At the same time, they have pursued gender justice in innovative ways within their organizations and communities. Processes of constitutional and legislative reform in Ecuador and Bolivia have provided opportunities to mobilize and lobby nationally for provisions for gender equality and protection from violence to be included as part of the recognition of indigenous autonomy. Debates about what constitutes “buen vivir/vivir bien,” and the “complementarity” between men and women that is often strategically defended as an inherent characteristic of indigenous cultures, have provided opportunities for women to highlight the distances between such ideals and everyday practices. Notions of complementarity have been strategically mobilized to press for a less patriarchal local politics, for example re-signifying Aymara concepts of complementarity—chacha-warmi—to develop reformulations (“warmi-chacha”) that include women’s needs and concerns. Framing their claims for justice in terms of appropriate ways of “good living together,” or “lo debido y lo indebido,” indigenous women have challenged different forms of inequality and male violence against women, pointing to the obstacles they face, including discrimination, lack of access to land, lack of experience, training or education, feelings of shame or fear, being subjected to gossip and slander, economic dependence on men, physical and sexual violence, abandonment, and systematic denial of women’s participation and voice. By reconstituting autochthonous concepts, they are proposing alternatives to the hegemonic language of “gender equality” of the global feminist movement.