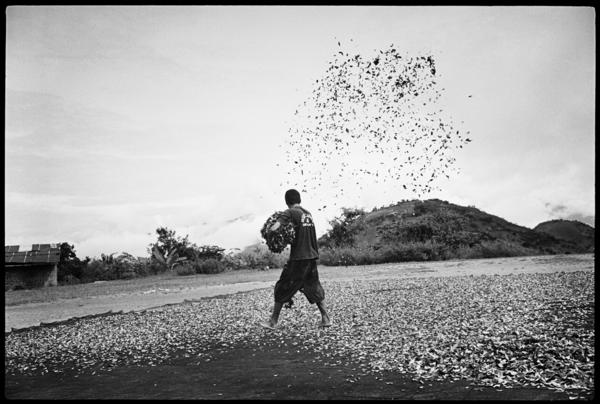 Drugs: our collective challenge and curse from Rio de Janeiro to Oakland. The colossal failure of the militarized version of drug control promoted for decades by the United States is finally becoming more widely recognized, driven in large part by the countries in Latin America that have suffered the ills of both trafficking and the efforts to contain it. For those who have been battling uphill on drug policy issues for decades, the fresh air of open discussion is often exhilarating, and full of promise.

The process is aided by the steady hemispheric erosion of prohibitions against cannabis. As the recognition of both the benefits and the relative lack of harm of cannabis grows, the anti-prohibition community hopes that the moves towards decriminalization will crack open a space for more discussion on international legalization of the Andes’ miraculous herb, the coca leaf. Shifts are being felt in the international framework as well, even if the steps to modify UN conventions are often faltering.

Even as debate widens, consumption and supply patterns are shifting profoundly. Latin America no longer mostly exports drugs; it consumes them too. Not only does problematic drug use now plague parts of Latin America, but the growth of the region’s middle class has fueled an explosion in cannabis consumption. The locus of drugs production in the region has shifted as well. Colombia’s pivotal role has lessened as Peru has become the world’s largest cocaine producer.

In the United States and Canada, which historically have primarily been consumers, domestic production has grown exponentially. Not only is much marijuana grown locally, but in the United States in particular, the scourge of methamphetamines in rural areas has been fueled by local, not foreign, labs. Another switch has happened in regards to gender, as increasing numbers of poor women have become caught up in small-scale trafficking.

No matter where, drugs continue to contribute to misery and marginalization. I write now from a Philadelphia café half a block from where a 16-year-old Puerto Rican kid was killed from a shot in the face yesterday afternoon. The corner is graced with one of the city’s magnificent Latino-inspired murals. Beneath it, young men deal drugs night and day. This tragedy is repeated across the Americas every day—from the gritty U.S. inner city to dusty Mexican pueblos to Bogota’s Bronx. Everywhere, drugs, poverty, and violence mesh with each other like well-greased gears.

Both the promise of change and the continued price that drugs exact are explored in this NACLA Report. The overarching framework presented by the authors here seeks to understand how to manage the harms caused by drugs in a way that minimizes what can be horrendously negative societal and personal impacts—and how to fundamentally uproot the prohibitive, militarized drug-control approach that remains entrenched in the region. But like every other seemingly intractable issue, much problematic drug use and sales are but a symptom of deeper troubles. Until more hope and opportunity emerge than what enduring neoliberalism has put on offer, vulnerable and marginalized people and their families will continue to pay the highest price for the harms that drugs and the prohibition against them bring.

Linda Farthing is author of three books on Bolivia, the latest Evo’s Bolivia: Continuity and Change (Texas 2014), and a founder of the Andean Information Network.